A Smart Casual affair at The Grayson

The nature of working at IMAGE Publications is that no idea is a bad one and if you were to suggest, say, a fashion podcast, a live podclub or an in-house swap-a-thon (happening this Friday, fyi), you can bet it’ll happen with absolute gusto. In fact, less than three months later you’re standing in a packed-out room on a Wednesday night finding yourself on a stage speaking to all the industry leaders (and cool women in general) that you look up to.

In case you missed it or were on a social media hiatus last night, we launched Smart Casual into the world. Smart Casual, in collaboration with Kildare Village, looks at the psychology behind our clothes. Our hosts, Fashion Director Marie Kelly, Digital Editor Dominique McMullan and me, Digital Leader Niamh O’Donoghue, want to discuss the different ways we engage with our wardrobe and how we interact day-to-day. 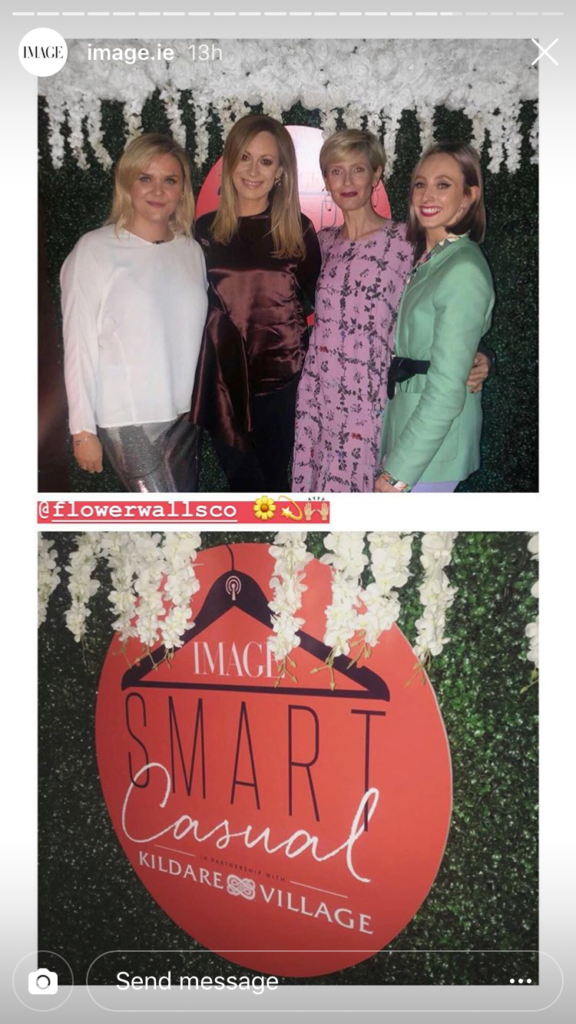 Our launch took place in the beautifully restored basement of the newly-opened Grayson Hotel (the old Residence for those of you who remember). And it really was a smart casual affair, marrying together chic art-deco interiors with a chilled and relaxed after-work vibe.

The evening began how all evenings should: with prosecco on-tap and tasty canapés. More than forty industry experts – like Fashion Editor Deirdre McQuillan, stylist Courtney Smith, fashion buyer and boutique owner Deirdre Wynne, to name just a few – and thirty IMAGE readers crowded into the cosy space in anticipation of what was to come.

When the timing was just right, Digital Editor Dominique McMullan took to the stage to introduce the two fantastic teams responsible for Smart Casual’s fruition – team IMAGE and our sponsor Kildare Village. Once formalities were over, Fashion Director Marie Kelly and I joined Dominique on stage to give our guests a taste of what to expect from episode one of Smart Casual. It’s strange hearing your own voice being played out over an enthusiastic crowd who showed nothing but absolutely interest. “Welcome to Smart Casual, IMAGE’s first fashion podcast, in collaboration with Kildare Village that deals with personal style in a way that speaks to you…”, Marie’s voice played out while ears pricked up in enthusiasm. 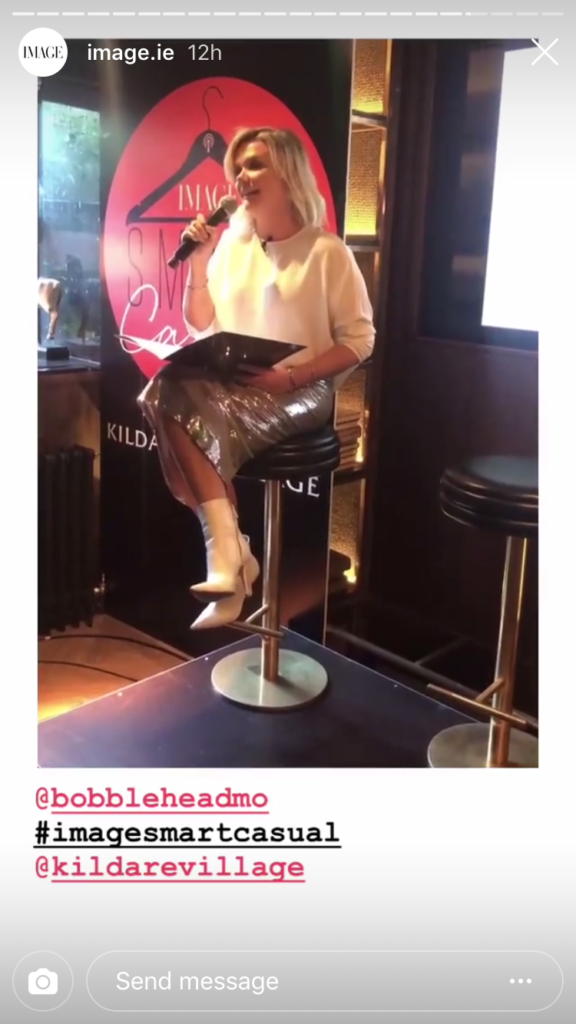 We chatted, laughed and remembered the good and bad times that fashion has brought to our lives and reminisced on things like our first fashion memories and faux pas (which there were plenty of). The party atmosphere kicked back into action quickly after as the conversations gained momentum and the prosecco taps kept pouring. Thank you to everyone who attended – we hope you had as much fun as we did, and more than anything we hope you LOVE episode one of Smart Casual. Don’t forget to rate, review and subscribe!

The first episode of Smart Casual in collaboration with Kildare Village is available now on SoundCloud and iTunes – make sure to like, subscribe and rate us wherever you enjoy your podcasts. Smart Casual is hosted by Dominique McMullan, Marie Kelly and Niamh O’Donoghue, and produced by Erin Lindsay. If you can’t wait to download, have a listen to the very first episode below.