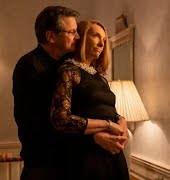 Yesterday Jezebel published a story about a lawsuit being brought against the internet fashion empire that is Nasty Gal. Last April former employee Aimee Concepcion filed a lawsuit in the Los Angeles Superior Court, alleging that Nasty Gal terminated her contract because of her pregnancy. The suit also alleges that three other women were let go under similar circumstances, as well as one man who asked could he take paternity leave.

While anecdotally women share stories like this all the time, it’s still a shock to the system to see that a company with a high-profile female founder might be engaging in the type of behaviour that keeps a lot of talented women out of the workforce. Especially when that company is Nasty Gal, one of the online retail spaces biggest success stories, built up by a woman, one Sophia Amoruso who is now worth around $250 million dollars and has written a book about her ascent, called #Girlboss.

Concepcion’s suit says that her job, for which she had left a role at Urban Outfitters, was terminated over her pregnancy She says that four months after telling her manager she was pregnant she was laid off. She was allegedly told at the time that the company did not have to give her paid maternity leave due to the fact she had only been working at the company for a few months. Up until this point, all her performance reviews had been exemplary. The company said they let her go because of a readjustment of company budgets and internal restructuring. Last year saw a lot of changes in the company, most notably Sophia Amoruso stepping aside as CEO.

Nasty Gal itself has gone on the defensive after this story caught a lot of internet ire, releasing a statement:

?The accusations made in the lawsuits article are false, defamatory and taken completely out of context. The layoffs in question were part of a larger restructuring of departments we completed over nine months ago? The lawsuits are frivolous and without merit.”

Meanwhile Amoruso herself took to Twitter about the news story, calling out Jezebel for publishing the story.

A note to all women: do not become successful unless you are prepared for Jezebel to trash you.

It’s like that Madeline Albright quote – ?There is a special place in hell for women who don’t help other women.” – has eaten itself.