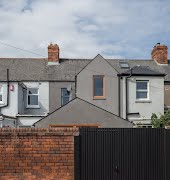 Brands are often criticised for lacking diversity in age (and race), but thankfully in recent years,?we have steadily seen an increase in the inclusion of older women.?Women like Iris Apfel and Linda Rodin?are now recognised as serious fashion power players.

The Fashion Spot released its biannual diversity report in October last year, which?analysed the 8,832 models?featured in the 299?SS17 fashion shows which took place in September and October, and SS17 saw the most women over 50 on the catwalk than ever before.

Though these are clear signs that change is?apparent, there is still a long way to go when it comes to diversity in the modelling industry, which is why it’s always refreshing to see faces that fly in the face of the status quo – like 63-year-old senior style blogger, university professor and social worker?Lyn Slater, aka, The Accidental Icon.

Lyn Slater was spotted during Fashion Week by photographers when she was just meeting a friend (hence The Accidental Icon) and is now signed with Elite. “I was surrounded by fashion photographers taking my picture, thinking I was some fashion person,” she told the Huffington Post. “It was really all very accidental.” So she started her blog and Instagram page – which, at the moment, has 104k followers.

Howard told Vogue, that they wanted the project to be “more than just a campaign; we want all girls to feel part of the movement.? With plans to bring their message into schools to further influence young women, Desseaux said they believe “self-esteem and self-love starts in schools and the leaders of tomorrow will need great confidence and self-love! We’re hoping to provide inspiration for them to grow up thinking they are limitless.?

Lingerie brand Lonely have also solidified their position as a power-playing brand when it comes to inclusive campaigns that disrupt our narrow conceptions of what’s considered ?beautiful?.?Fifty-six-year-old Mercy Brewer is the star of Lonely Clothing’s SS17 lingerie collection, who are?breaking the ageism taboo this season after making headlines?from it’s retouch-free autumn/winter 2016 campaign with Lena Dunham and her Girls co-star Jemima Kirke.

We hope that diversity on the runway and in advertisements ?whether that diversity in ethnicity, size, sexuality or age?continues to show itself for seasons to come.?As Vogue put it – ?the idea of realness?whether packaged as a model or an unexpected talent?has usurped follower count as the most invaluable quality during fashion month.” Or as The Accidental Icon puts it, “Age is just a variable.”