Julianne Moore won an Oscar for?Best Actress last year for her role in Still Alice and she’s been nominated three times. She’s been delivering on screen for the past 20 years and on the red carpet no less.

She is the personification of ageless style.?She is a force to be reckoned with in the fashion and beauty world, balancing being a global ambassador for ‘L?Or?al Paris, with?Bulgari and Reed Krakoff campaigns under her belt.?Her red carpet choices are not only applauded in magazines and on social media but from the fashion elite.?Creative Director of Givenchy Riccardo Tisci counts her as a member of his “tribe”, which also includes Jessica Chastain, Madonna, Rooney Mara,?Kim and Kanye and Amanda Seyfried. Tom Ford not only calls her a muse but a close friend, and cast her as the female lead in his Oscar winning movie A Single Man.?She’s regularly pictured walking the red carpets in Chanel, McQueen, Givenchy and Saint Laurent.?

Check out our 25 best red carpet moments from Julianne Moore in our gallery above. 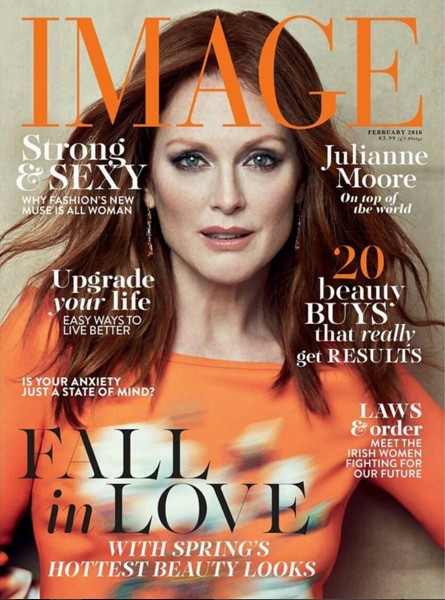 Julianne Moore is the cover star of the February issue of IMAGE, on shelves today.