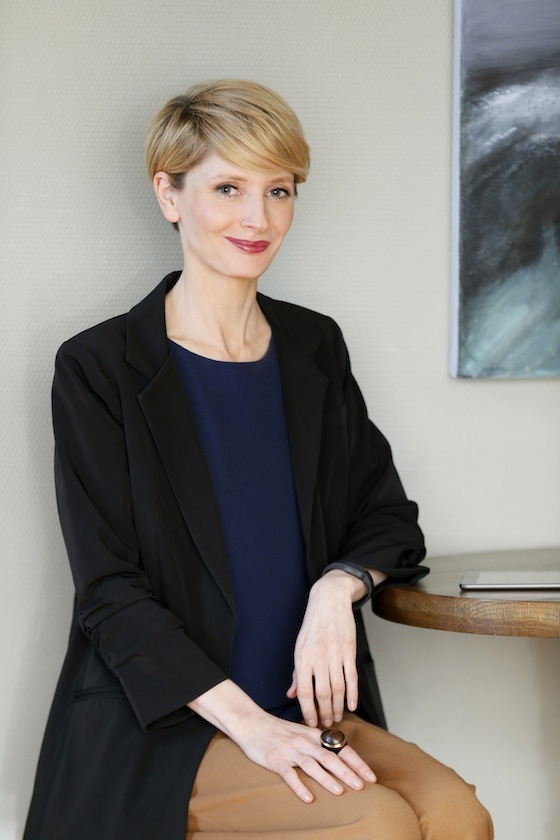 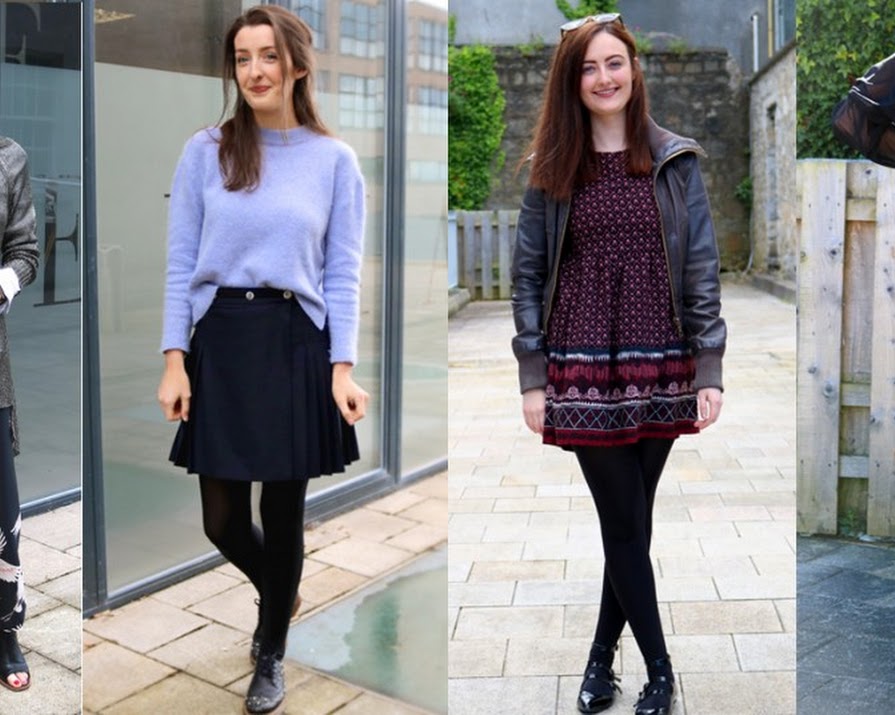 Even the most practical among us have at least one beloved item in our wardrobes that we know we’ll never part with. Here, I, and three other IMAGE staffers, reveal the one piece that each of us refuses to?let go of. 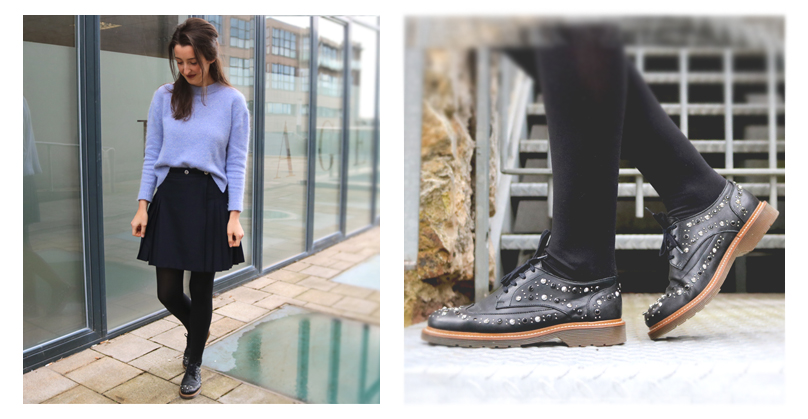 ?I wouldn’t have thought they were you,? said a fellow IMAGE staffer when I wore these studded leather brogues into the office this week. I tend to lean more towards pared-back pieces, but that’s exactly why I love these attention-grabbing shoes – because they’re so different. I bought them a few years back on a trip to London and don’t wear them that often. Not just because they’re a tad on the small side (I know, what a clich?), but because they require extra consideration when putting an outfit together as I like to play down the chunkiness of the shoe – this Topshop knit in a beautiful shade of cornflower blue helps soften the look. For me, fashion is about the choices you make and how you put pieces together to showcase your own individual style. Although I love smart shirts, artful prints and feminine detailing such as florals, ruffles and pleats, it’s always fun to surprise people now and again with an unexpected choice. I’ll never throw these show stoppers away… 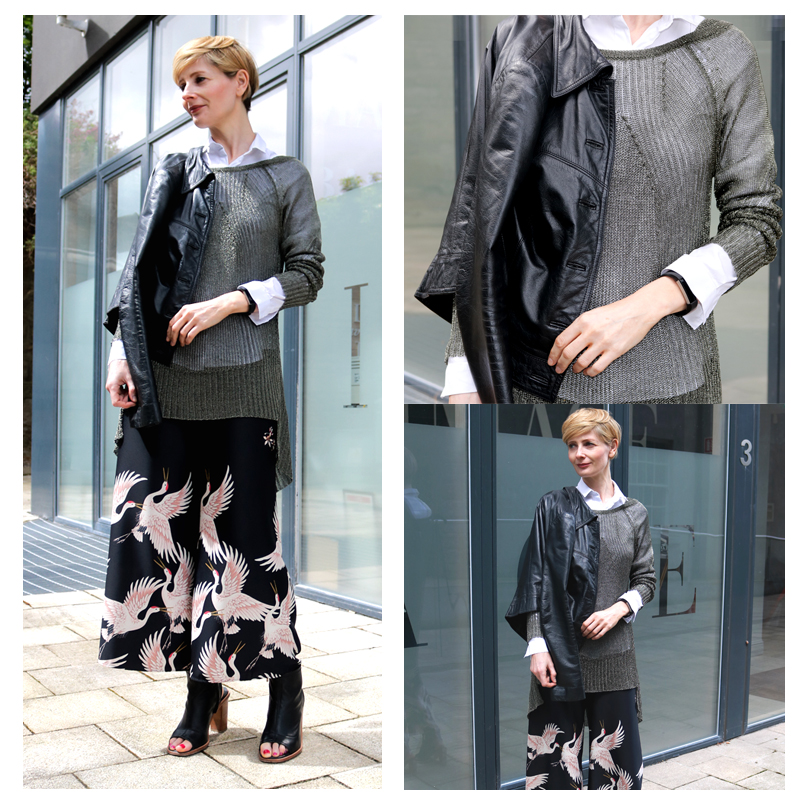 I have regular closet clear-outs at home, so I’m not an overly sentimental individual when it comes to clothes. But some pieces are forever, including?this black leather jacket, which I bought in H&M in London about 17 years ago. I spent €100 on it, which was a lot of money then (it’s a lot of money now),?and I’ve never regretted it. The old adage that when you buy well (that doesn’t have to’mean designer items that cost?hundreds of euro), you buy less frequently is true because I’ve never felt the need to buy another black leather. This piece offers me everything; butter-soft leather, a perfect fit on the shoulders, a practical inside pocket and an urban but grown-up aesthetic. I love that it’s not traditional biker-style, but a button-front with smart collar instead – I’ve never seen another quite like it. Although I don’t wear it often (I seem to reach for my black blazer more often than not), sometimes it adds just the right amount of urbanity and structure to fluid pieces. I’m wearing it here with a Cos white shirt, River Island Studio metallic jumper, Zara culottes and Whistles open-toe boots. 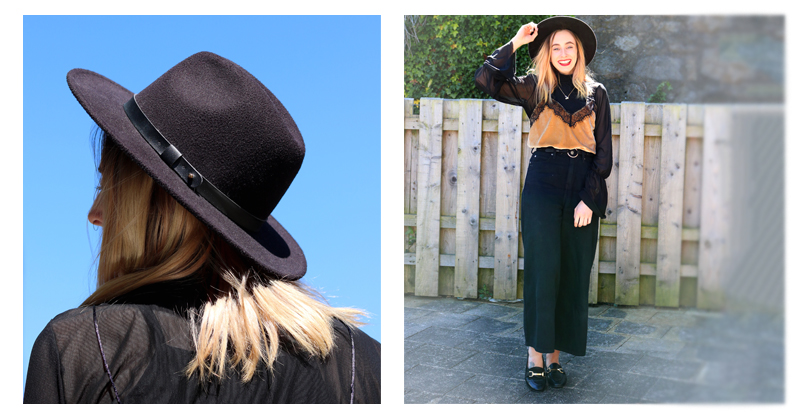 The majority of my wardrobe holds sentimental value. I hold onto clothes for quite some time – especially accessories like shoes, bags, and hats in particular.?Even though they might appear a bit tattered and worn I feel it adds value and history – a starting point for conversation if you will! I’ve always loved hats (I’m a firm believer that everyone is a “hat person”!), but up until 18 months ago, I wouldn’t have had the confidence to wear them. I bought this hat around that time, unwillingly at first I’ll admit, but I was persuaded by’my best friend. He gives me the confidence to wear it with my head held high. Even though the material has worn away, it’s hole-ridden, and the band has been replaced twice over by now, I can’t seem to bring myself to buy?a new one. It gives me a sense of authority and perfectly packages any outfit together; like the cherry on top of a cake! 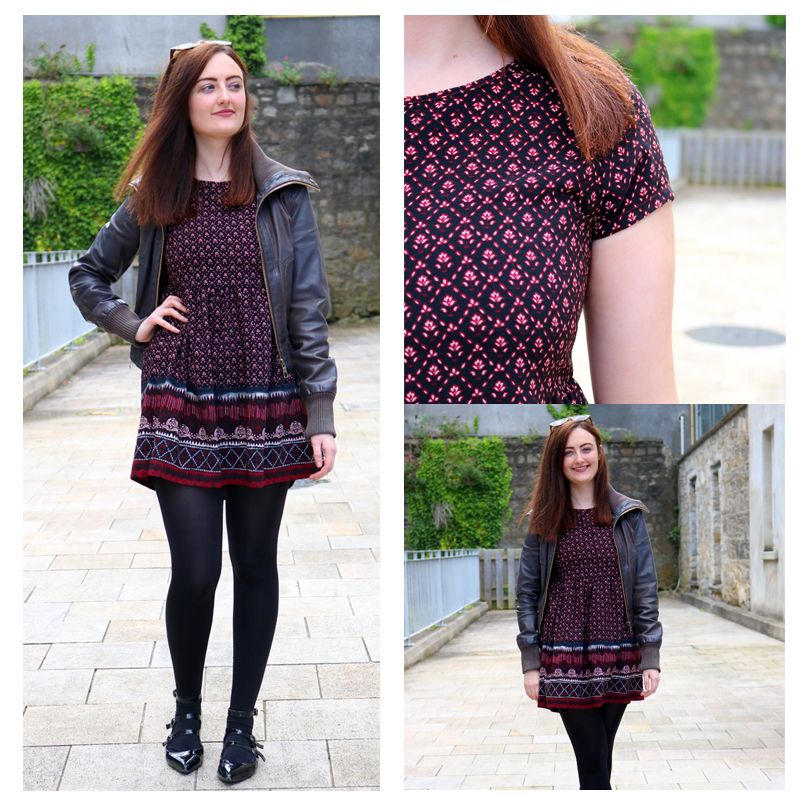 I was bought this shift dress in Urban Outfitters as one of my birthday presents when I turned 19. Exasperated with the endless trudging from shop to shop and hours spent slouched in fitting rooms, my boyfriend at the time plucked this off the rail and said, ?This is very you. I’m buying it and you’re wearing it.? I wore it that night with a pair of?beautiful brown leather lace-up boots and the very same Topshop leather jacket I have on now (although today I’ve paired it with a flat black shoe from New Look.) Although I rarely wear the dress, (it now looks quite faded from over-wear), I just can’t bring myself to say goodbye. For me, both the dress and the jacket embody a really exciting snapshot of time: the intoxicating all-consuming rush of first love, the first few weeks of university, that daunting time when you’re taking your first tentative steps into the Real World. This dress was the marker of that transition. And due to my ridiculous sentimentality, I will probably still have it stashed away in a trunk somewhere when I’m 90. 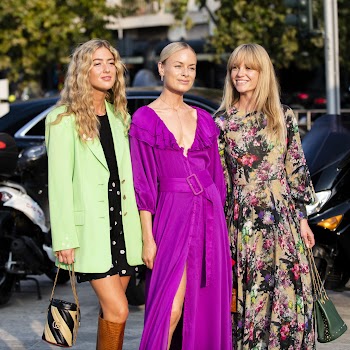