Dress for Success Dublin Want Workplaces To Talk About #WoMenAtWork

Dress for Success Dublin are calling on workplaces nationwide to hold a #WoMenAtWork gathering around International Women’s Day, March 8th.

This year, around International Women’s Day, Dress For Success Dublin want?women and men to organise a gathering in their workplaces to’discuss issues facing women in the workplace, from childcare access, the gender pay gap and unconscious bias and discrimination.

The charity?are asking workers to donate as little as €5 each when attending a #WoMenAtWork gathering to support the services they provide and suggest?a coffee morning, a lunchtime walk, a social outing or a team breakfast.

Dress For Success Dublin supports women entering the workforce, helps them to progress their careers and has supported over 1,400 women to develop skills in applying for and finding jobs. Dress for Success Dublin was set up in 2010 by fashion stylist, designer and tech entrepreneur Sonya Lennon.

Every year, the charity holds its largest fundraising drive in coincide with International Women’s Day. The charity receives no state funding and is dependent on fundraising, corporate support and grants.

Sonya Lennon said: ?We’ve chosen the theme #WoMenAtWork for our campaign this year, because we want women and men in workplaces nationwide to come together to mark International Women’s Day – and to use the day as an opportunity to discuss some of the issues facing women in the workplace.” 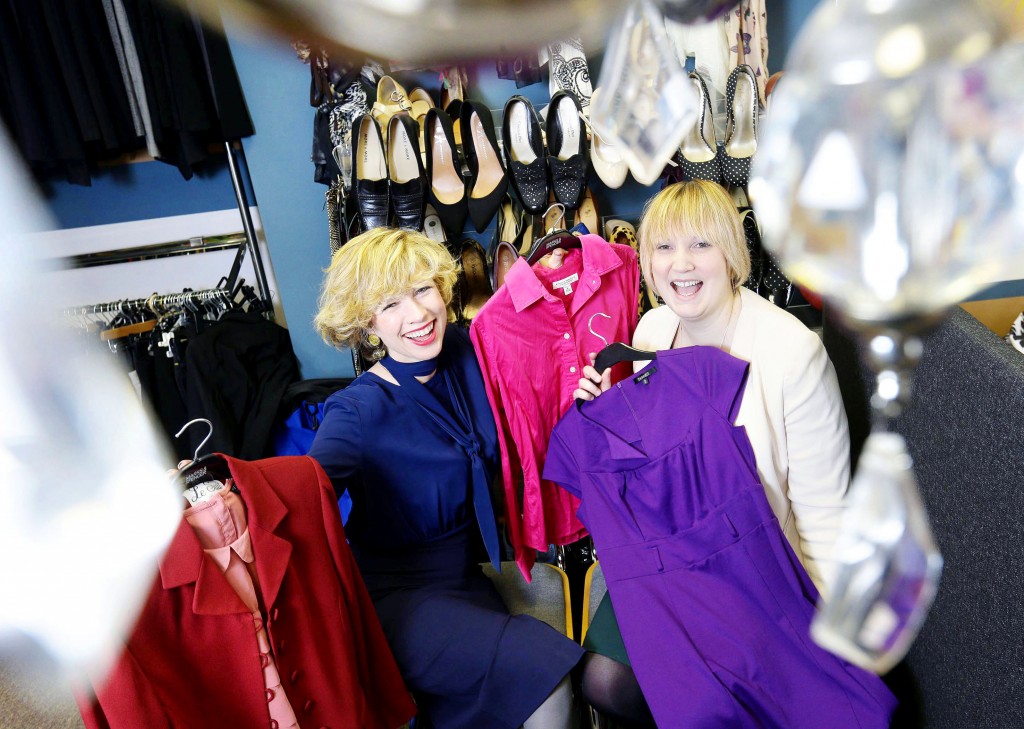 Fifty-seven per cent of women supported by Dress For Success Dublin have gained employment, while 75 per cent state they are where they want to be, whether working or in further education and training.?The services provided by the organisation include suiting appointments, a career centre, sectoral workshops and ongoing career support.

Information on how workplaces can get involved in the #WoMenAtWork campaign can be found at www.dressforsuccessdublin.org.

IMAGE spoke to the National Women’s Council of Ireland?last year to see where Ireland sits in terms of the gender pay gap. The NWCI say that in recent years, Ireland’s Gender Pay Gap has widened from 12.6% to 14.4% while the Gender Pension Gap has widened from 35 to 37%.?ESRI research has shown that women in couples suffered a 14% loss in income during the recession compared to 9% for men. This is due to many reasons according to NWCI – women do the majority of care work, childcare costs are among the highest in Europe and the majority of low-paid workers are women, earning €20,000 a year or less. Already vulnerable groups have suffered some of the worst impacts with 58% of lone parents, mostly women, experiencing deprivation.

A report last month on the EU gender pay gap from Expert Market has shown that Irish gender pay gap won’t close until 2028. The UK, Germany and France are among the slowest nations to close the gender pay gap. The Republic of Ireland finished 11th out of 26 nations.

A report by the World Economic Forum has also shown that it could take 170 years, until 2186, to globally eradicate the gender pay gap and the disparity in employment and pay opportunities for men and women. The study also shows that over the past 11 years, the gender pay gap has only closed by four percentage points.