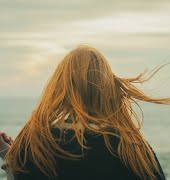 If you're truly dedicated to growing bushy brows, these are the brow growth serums to try.

While you’re stuck at home being forced to face your natural eyebrows, this is a good time to get them into the shape you’ve always wanted. Brows grow in a three to four-month cycle, so if you want thicker brows, you’ve got to really commit to your brow growth serum. These are the ones to know.

After seeing it recommended all over the Internet, I’ve been using Pukka Castor Oil, €12.99 for 250ml, religiously for the last few months. I’ve barely made a dent in it because the bottle is so big and you need such a small amount to cover your brows. I’ve been steering clear of plucking aside from a few stragglers, and now my brows are thicker, stronger and hold a tint for much longer than before. Great hair starts at the root, and castor oil nourishes the skin underneath your brow hairs too to boost growth.

I’ve also been trying out eyebrow serums that contain nourishing ingredients to boost your brow growth for fuller, fluffier eyebrows and for encouraging growth in sparse areas in the brow. Recently launched to Brown Thomas and Arnotts, meet BaeBrow, a brand dedicated to offering salon-style brows at home. BaeBrow’s What The Brow Serum is a vegan and cruelty-free blend of nourishing oils — there’s castor oil in there, and rosehip, almond, coconut, argan and vitamin E oil, giving conditioned brows that are fuller, stronger and silky to touch.

Use the famous serum from Image Skincare on sparse areas of your brows to encourage healthy follicles, with more thickness, length and less breakage thanks to a formula of peptides, conditioners and plant stem cell extracts that condition brow hair.

Finally, L’Oréal Paris Plump & Set Brow Serum makes bulky, feathered, fluffy and non-crunchy eyebrows while keratin in the formula nourishes your brow hairs, making them fuller and stronger. Better brows in 30 days for under a tenner — hard to beat that.

BaeBrow What The Brow Serum, €27

How to shape and tidy your brows at home

The IMAGE Shopping Basket: 40 items we have our eye on this week