Five things we learned from our body positivity discussion

As part of our debut IMAGE Beauty Festival, we attended a discussion about body positivity. Here are five of our key takeaways…

At IMAGE, we believe in embracing beauty in all its shapes and forms. We’re all beautiful in our own way; it’s okay not to adhere to society’s specific standards. For that reason, one of the first discussions at IMAGE Beauty Festival was about body positivity.

Writer Sophie White hosted a discussion called ‘Perfectly Imperfect’ with a diverse panel of women; including Xposé‘s Nadine Reid who spoke about being a black, curvy woman in Ireland, and Niamh O’Donoghue who learned to love her body after diagnoses of scoliosis and cancer.

The audience also heard from comedian Joanne McNally, who discussed the reality of living with an eating disorder; as well as Jacqueline Bourke from Getty Images, who spoke about diversity in front of (and behind) the camera.

Here are five of our key takeaways…

When was the last time you saw someone who looked like you portrayed in a fashion shoot, TV show or advertisement? Writer and podcast host Sophie White said, “We, as a species, have been airbrushed into oblivion for decades. We want to take back control of how we’re portrayed,” she said. “We want to see ourselves in the media.

“Photoshop is fantasy,” Sophie added, “Now we have an appetite, that’s roaring to life, for realness”. She also noted how imperfection is actually more interesting to look at.

“Do whatever makes you feel like the best version of yourself…”

On that note, Jacqueline Bourke from the creative department at Getty Images said, since 2018, there’s been a huge increase in brands using diverse models in their campaigns. For example, Dove is passionate about showing real women and natural beauty.

Jacqueline suggests it is the millennial generation who is putting pressure on companies to include all types of beauty in their ads; she also calls on photographers with ‘non-traditional’ beauty looks to share their pictures with Getty, so that publishers can show a more diverse range of women in their articles. 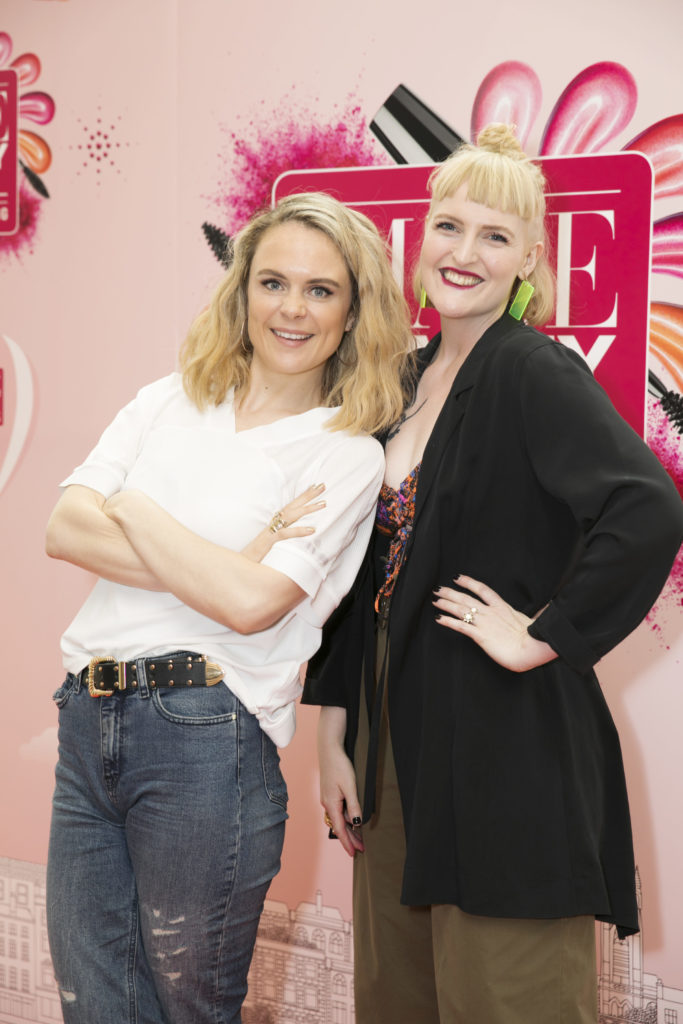 Journalist Niamh O’Donoghue spoke about learning to embrace her body after being diagnosed with scoliosis at the age of 13, as well as aggressive cancer at the age of 22.

“I looked disgusting,” Niamh says as she describes how she felt post-surgery. The Dublin-native felt so self-conscious of her scars at the time that she asked doctors to remove all reflective surfaces from the room.

But then she decided enough was enough. “I decided to give my body the love it deserves,” Niamh told the crowd at our Samsung Beauty Theatre. “F the lot of it,” she said, putting down society’s ‘expectations’ of beauty.

“I decided to embrace my body and not shy away from it. I’m holding my head up high because I’m here,” noting that life is too short to care about what anyone else thinks.

“Wear the hat,” Niamh says. “Do whatever makes you feel like the best version of yourself.” 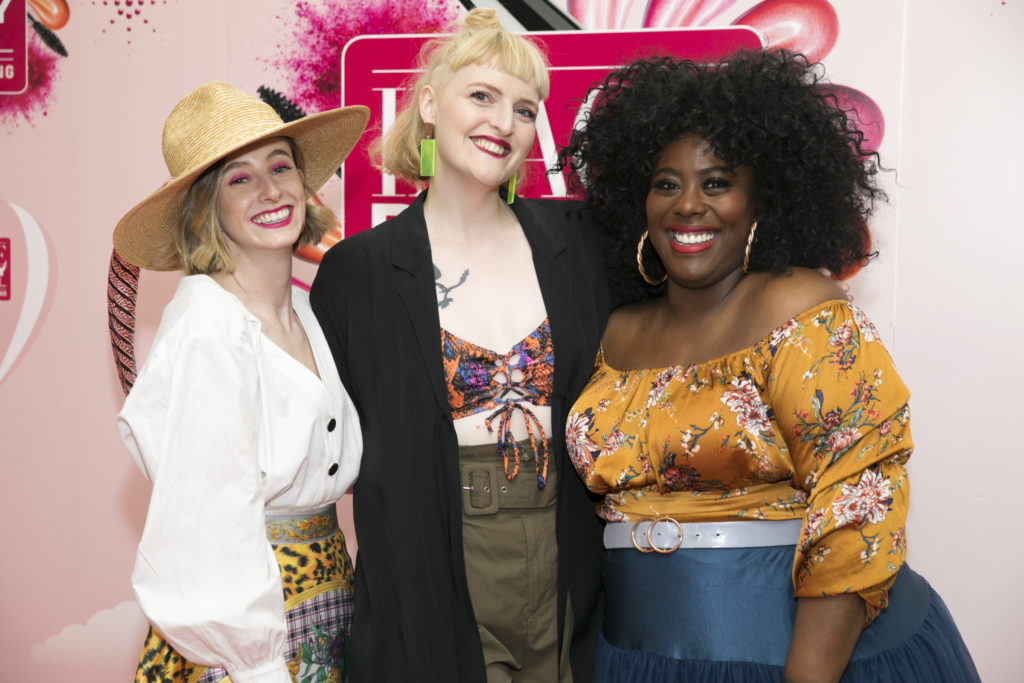 Comedian Joanne McNally first burst onto the scene with her one-woman show Bite Me; which focused on life with an eating disorder. It’s something she has a lot of experience with, having suffered from both anorexia and bulimia in the past.

Speaking openly and honestly, Joanne asked everyone in the audience to be mindful of the language they use. “If you think someone is too thin,” she said, “don’t tell them, ‘oh, you look like you’ve lost weight’ – because that’s like music to them,” she explained.

Joanne said it’s better to seek professional advice on how to handle the situation, as simply commenting on someone’s weight loss could encourage them to keep going; to lose more. 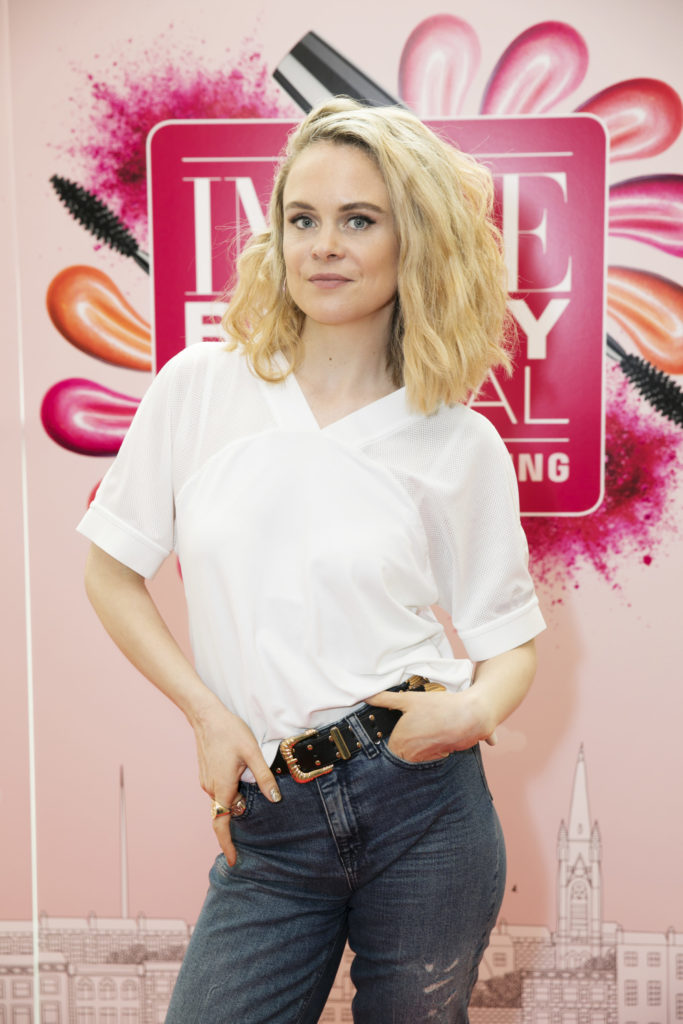 The panel discussed the impact of social media on women’s self-esteem. While so-called ‘perfect’ photos on Instagram might make you feel self-conscious or less than’, the panel note how many body positivity accounts are available now.

By following people who look like you; who inspire you; who make you feel like the best version of yourself (while unfollowing the rest), social media can become a safe and empowering space.

Xposé presenter Nadine Reid reminded us, “There are different types of beauty”.

“I’m a black woman; gonna work it. I’m a big woman, gonna work it,” she said. Nobody should have to change themselves to fit somebody else’s version of ‘perfect’, because you’re already the ‘perfect’ version of you. 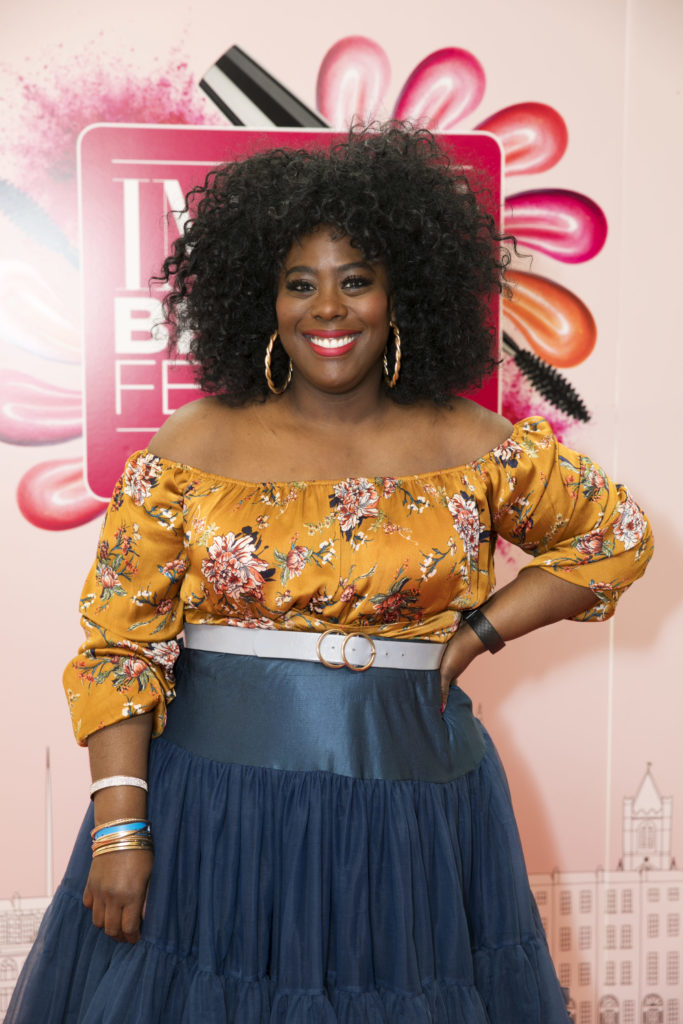 More where that came from

Given the incredible success of Ireland’s first ever beauty festival, we are extremely excited to do it all again next year. #IMAGEbeautyfest will be back with a bang in 2020 – stay tuned to IMAGE.ie for updates.

Until then, catch up on all the behind-the-scenes news from IMAGE Beauty Festival 2019 by following us on Instagram, or by searching the hashtag #IMAGEbeautyfest on Instagram and Twitter.

Read more: Five things to know if you want to be a beauty influencer

Read more: Our favourite moments of Day One at IMAGE Beauty Festival

How to be a body positive parent and role model

‘It leaves me refreshed and radiant’Model and TV presenter Tess...

Along with the Juicy tracksuit, the scrunchie and the anklet,...

Rosie Huntington-Whiteley opens up about her acne issues and what...

Beauty writer Sali Hughes recently made the move from brunette...