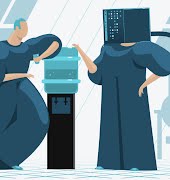 “Baking? Could Be The Next Big Beauty Trend

?Baking? is slowly becoming the next thing in beauty. No, we obviously don’t mean in cooking terms, but this is rather a new technique that is used to keep your makeup in place and looking picture perfect all day. If you’ve been spending any amount of time watching beauty tutorials on YouTube or social media lately, you may have seen the technique being mentioned or used.

According to Refinery29, this is used to set your base makeup, create a poreless-looking finish, and highlight the high points of the face. ?Baking, or letting your makeup ‘cook,’ is a term that has been used in the drag community for many years,? said makeup artist, Tonee Roberio. ?It’s used as a way of really setting the foundation into the skin so it lasts longer, without the need to reapply powder constantly while performing,” he added.

It’s been touted by some beauty bloggers as a more up-to-date version of contouring, but from the sounds of it, it’s more likely to be used, if you’re wearing a heavier makeup base.It isn’t likely to suit daily wear, but could be a gem if you have a special event to go to with no time to reapply your makeup.

It’s a wrap The baking process finished look @joie.dior Thank you for everyone who came out and supported me!! No flash on first photo, flash used on second photo. I will list details in a next post!

Apparently, Makeup artist, Mario Dedivanovic, has also been known to use this technique on Kim Kardashian.

Bloggers who have used the technique recommend using a light, loose powder (rather than a pressed one) to do this because of the build up of powder you need to achieve the look.

It’s explained in the video below as well:

What do you think? Will you be trying this one out?