Inspired by John Constable’s golden landscapes, Simone Rocha produced a collection that saw Punk fuse with Edwardian, with triumphant results. There was a stronger presence of tailoring this season, and what critics are describing as the reinvention of the trouser suit for the modern woman. Creating a make-up look that complemented such a delicate balance was down to Sam Bryant, a key make-up artist for the MAC Pro team, and serial collaborator. “I love working with Simone. I’ve been working with her for a couple of years now. She’s so talented, and this collection is very unusual. There’s lots of red, tartans and creams. The collection is really beautiful and she’s such a talented girl. When you talk to her, you can see she’s put so much thought into everything she does. The process is really magical.” 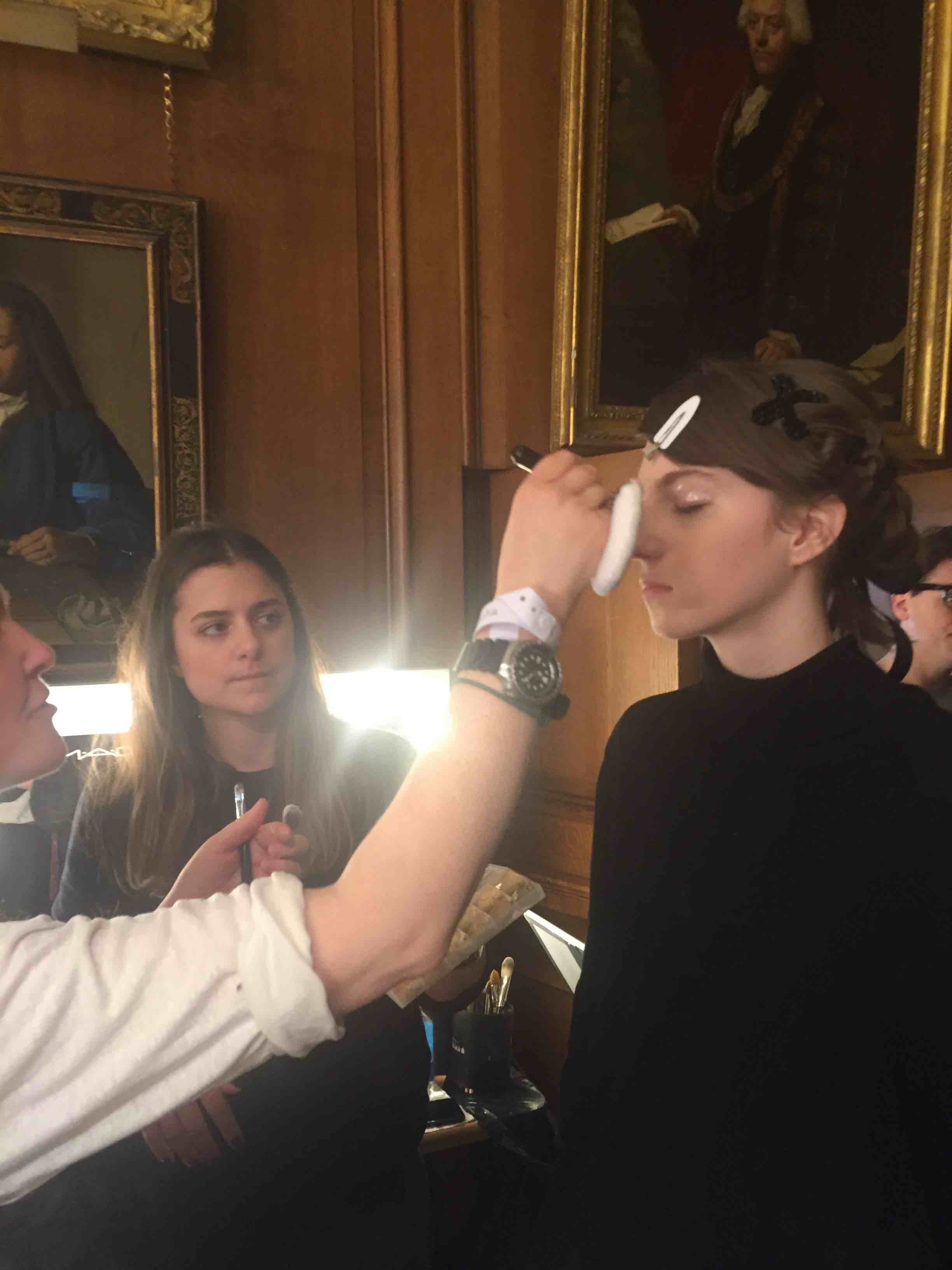 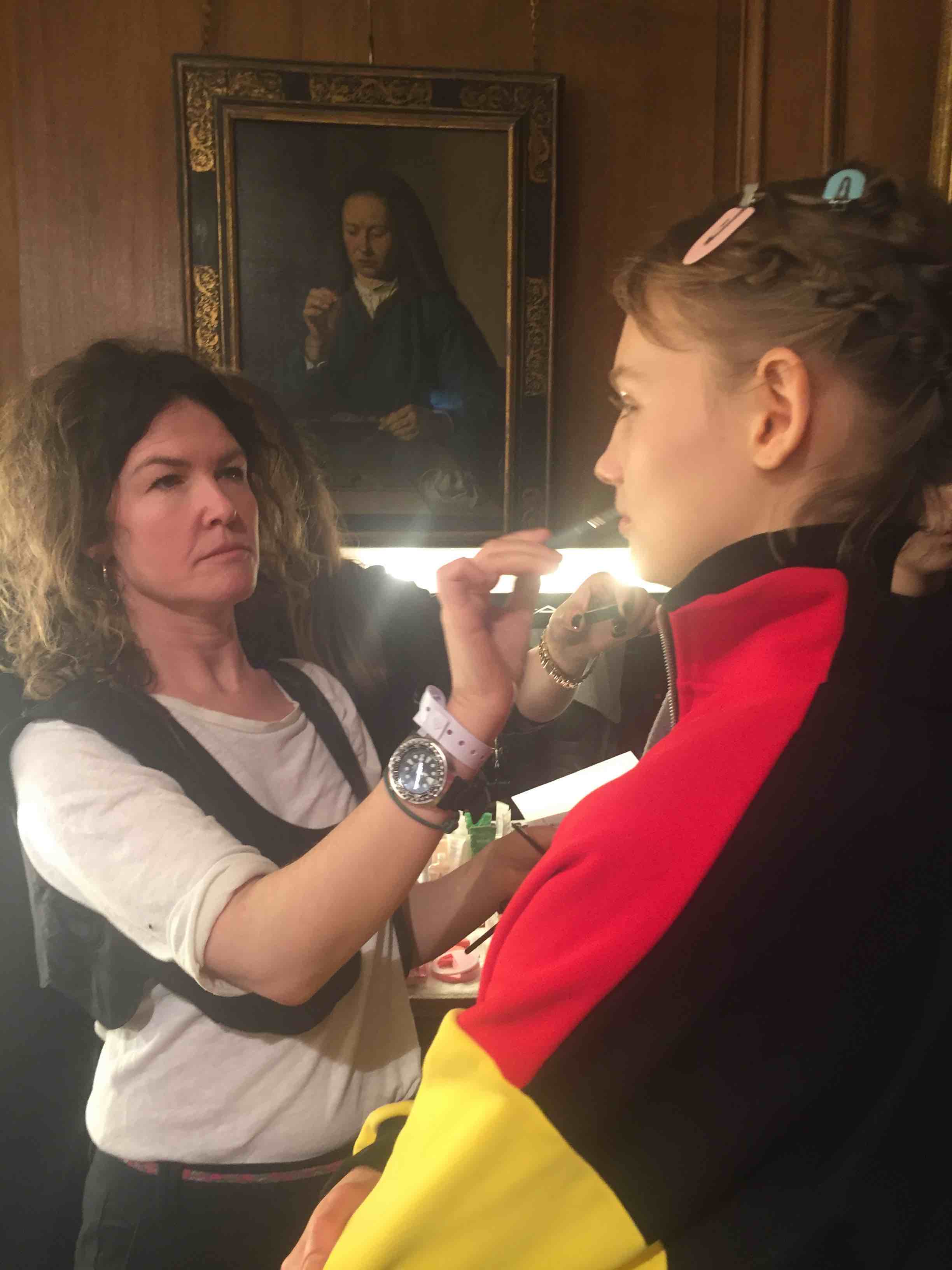 Sam Bryant applying some final touches to a model backstage.

As for the make-up look: “We’ve used a little bit of Face and Body Foundation, the new Studio Waterweight Concealer where needed, and we are using Reflex Gold mixed with Lip Glass on the eyes. Or Lip Glass mixed with Black Track, for the darker eyelids. As the clothes were quite punky, we wanted to bring that into the make-up with a smoulder. Lips are blotted and very plain, we didn’t want any more shine on them. The focus is on the eyes, so we kept everything else very fresh faced.” 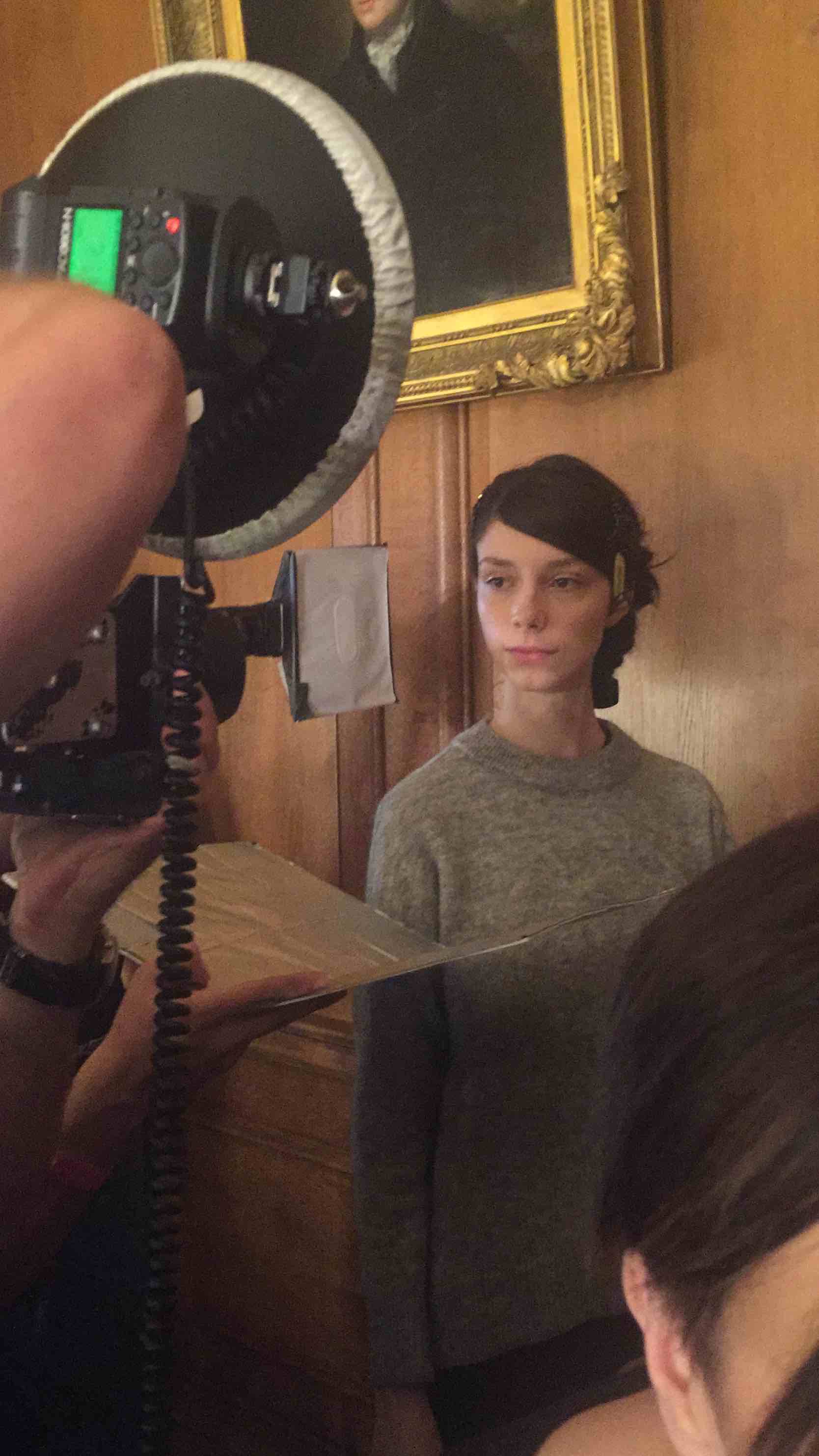 A model getting ready for her close up before a show rehearsal.

Off the runway, Bryant says the glassy eye will hold its appeal. It’s hard to interpret, as it can be messy, but that’s the bit that people can take from this look – it doesn’t have to be perfect. It should be messy. Don’t worry about it moving throughout the day.” 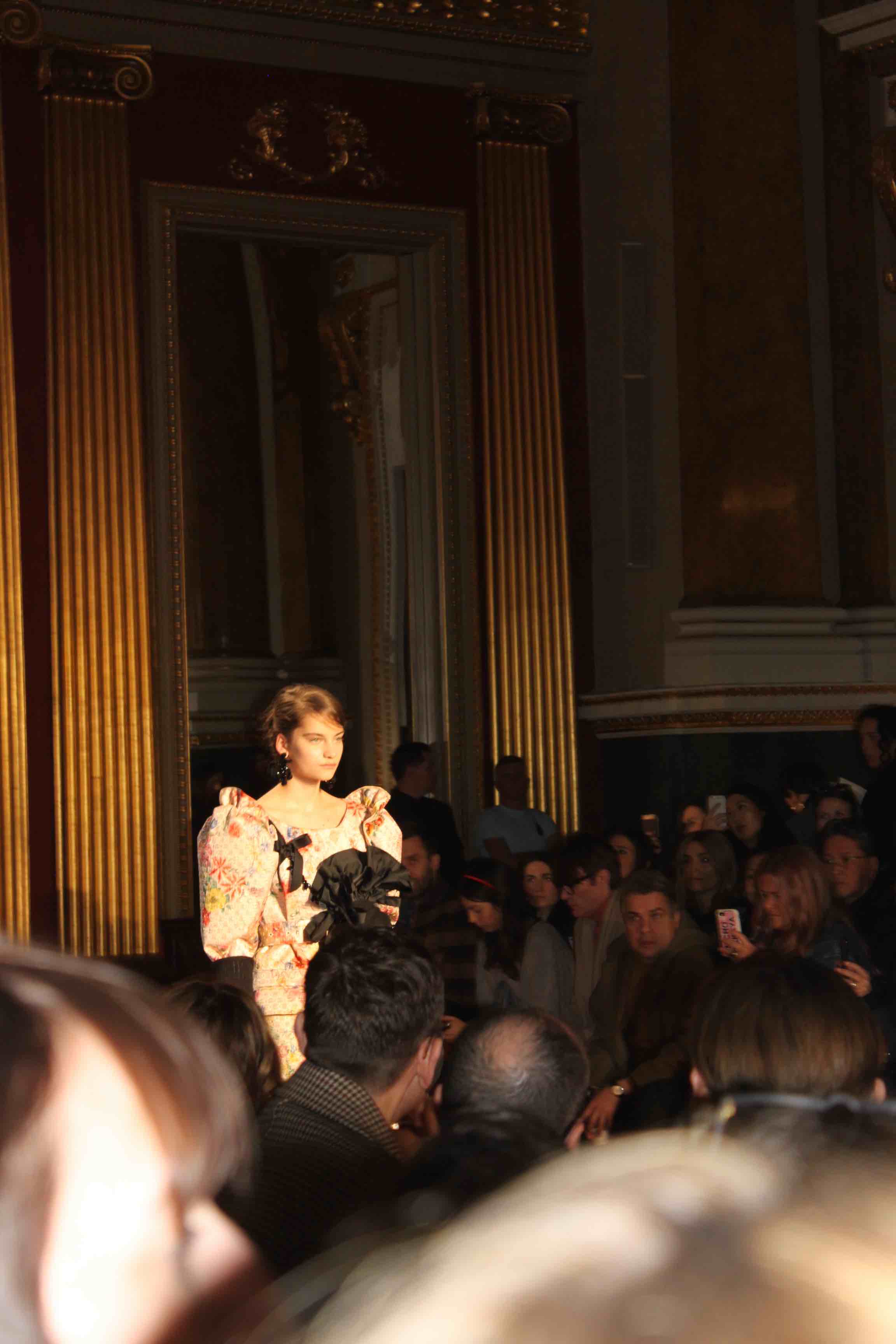 Showtime at Goldsmith’s Hall in London.