It’s Summer and the season for gorgeous floaty dresses, tank tops, and bikinis…

Summer is that time of year when I feel like I am hopelessly bad at being a woman. I can’t go near a tanning product without turning out completely mahogany (and having a minor nervous breakdown), I never know what to be doing with BB creams and more revealing clothing also has the unhappy side effect of revealing my total lack of aptitude in the grooming stakes. After yet another stingy, unpleasant encounter with a razor (stolen from my husband obvi), I decided to go deep internet on what I’m doing wrong.

Seriously. Shaving against the grain of the hair in the sensitive underarm area is not good. According to Grooming Essentials, shaving upwards can aggravate the skin and also leads to the dreaded ingrown hair debacle.

Shaving in the morning

Does anyone else rely on a quick swipe of the underarms while standing in the shower in the morning? I will then invariably forget the hard lesson learned over the last three decades of grooming?and lash on a sting-inducing roll-on to my poor battered body. This is a major no go. Received shaving-wisdom suggests that we switch it up and instead look after this grooming at night thus giving the skin time to recover before layering on deodorant the following morning.

Okay, full disclosure I recently went for my first ever spray tan requiring a full body exfoliation the night before. I am a bit of a Luddite in the beauty products department and therefore had to *make* a body scrub using olive oil and sugar. I know, I know. I’m a mess. So considering my lack of exfoliating knowledge, it was with great interest that I spotted advice in Women’s Health to exfoliate the underarms at least three times a week to prevent ingrown hairs.

Becoming wedded to your razor

Razors need about as much commitment as a Tinder date ie none. It’s important to jettison that increasingly blunt instrument of torture in favour of a shiny new one?every couple of weeks. Preferably not nicked off your husband.

I’m tempted by the craze for unshaved underarms that has been making its way into the mainstream of late. Inspired by gorgeous actresses like Jemima Kirke, I’ve often fantasised about letting the hair flow freely, however,?on reflection, I’ve decided that this practice requires an innate coolness that alas, I do not possess. 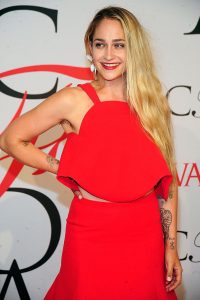 Getting a vasectomy: ‘My scrotum’s career ended with an underwhelming online booking form and a scalpel’

IMAGEWrites: Turns out we weren’t really ‘dressing for ourselves’ all along