Once tell-tale alternative culture markers, piercings and tattoos are now properly mainstream – and more women than ever are getting them.

For some, the art of body modification boils down purely to aesthetics; for others, their choices are more spiritually inclined. In modern times, it’s the milestone piercing that reigns supreme – particularly amongst a certain cohort of women in later life. And with cries over bodily autonomy never more visceral than of late, piercings are but one subtle act of defiance in a system that seems categorically stacked against us. 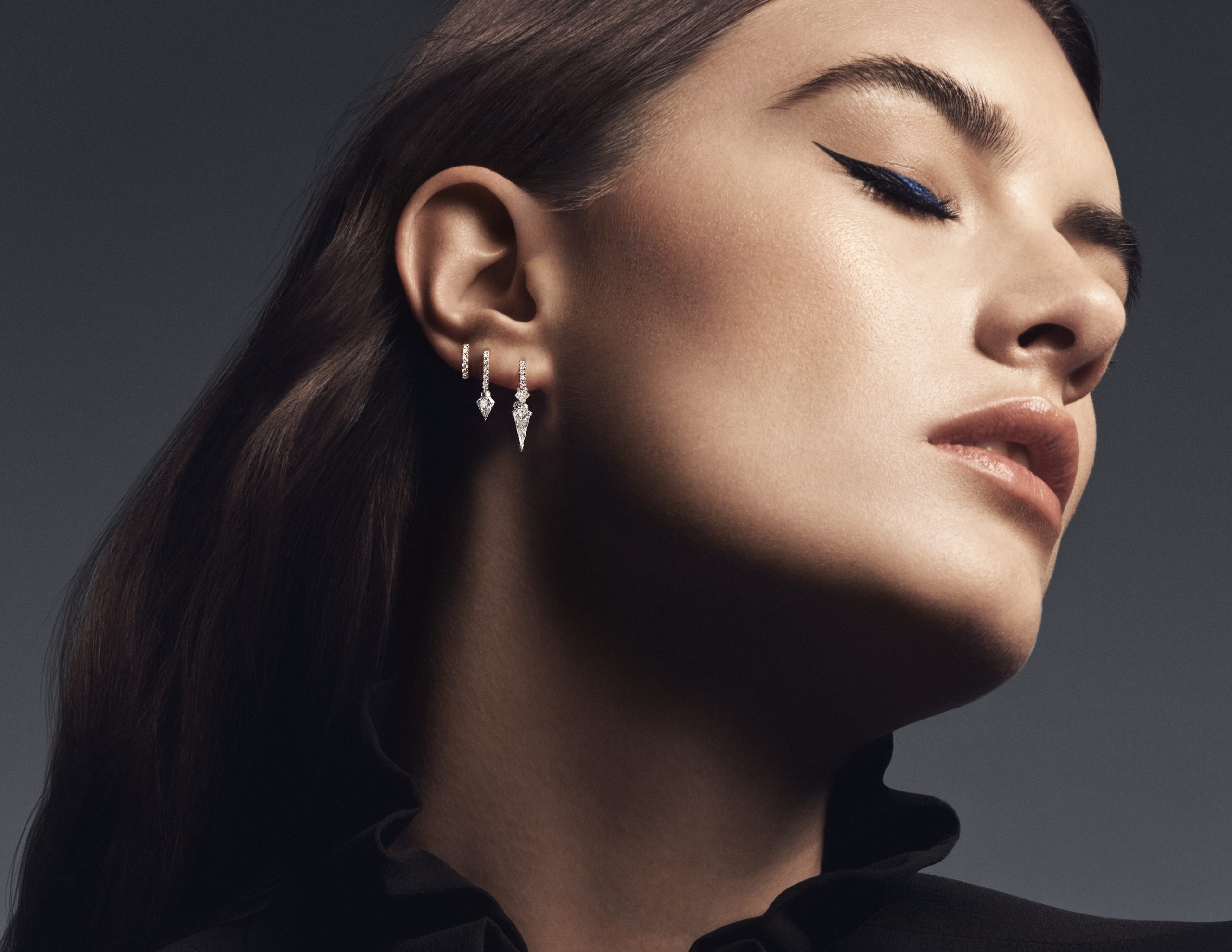 Experts such as Maria Tash, a fine jewellery maker and luxury piercer, have made it a wholly collaborative process, with freedom and choice, two attractive buzzwords that draw customers in. Piercing, it’s important to note, is no longer just an iteration of style. In fact, most of Maria’s customers come in as an act of self-celebration. “I think that piercing has always been a kind of celebratory rite of passage,” she tells me. “I tried to design my business so that people could come in and customise and build their own look. I always wanted people to come in and make things their own.”

“I see mostly women aged 20 to 50, and now it’s actually even shifted higher in age. There’s much more freedom these days,” Maria notes. Lobes are still the most popular piercing location – largely because they are quick to heal and not as prone to movement – though the helix (top of the ear), conch (midway up) and tragus (cartilage at the entrance to the ear) have also gained popularity in recent years. Ear stacking is another favourite. This involves stacking multiple piercings all along the ear, allowing for endless jewellery combinations and ways for people to individualise their piercings.

Tash herself has marketed two modern takes on traditional cartilage piercing locations – including the Tash Helix and the Tash Brooke – both hidden under flaps where the jewellery takes its cues from interior lighting design to get noticed. Asked whether people come to her to mark happy or sad milestones, Maria says that piercing is usually associated more with jubilant events. “There have been instances of people taking ashes and converting them into diamonds – carbon to carbon. That’s a wonderful transformational way of doing things, but piercing is usually a lot more celebratory,” she explains.

Piercings have long been ingrained in the cultural zeitgeist, with the first evidence of such body modification even pre-dating the ancient Egyptians. And our reasons for altering our outer selves have varied greatly over the years – it was popularised as a form of primaeval tribal tradition thought to have magical properties.

Back in Roman times, piercings were a sign of strength and courage, so I thought it was a good way of honouring that within myself.

Tanya Heatherington is a woman in her forties who has just finished treatment for breast cancer – a joyous milestone she’s decided to commemorate by getting a piercing. “Undergoing treatment for breast cancer was one of the hardest things I have ever gone through. I needed something positive to mark the fact that I had survived chemo, major reconstructive surgery and radiotherapy. Back in Roman times, piercings were a sign of strength and courage, so I thought it was a good way of honouring that within myself,” Tanya admits.

“I decided on an ear piercing when all my hair fell out. I’ve never had short hair before, so I thought an extra ear piercing might jazz up a post-chemo hairdo! I feel quite emotional when I think about it for too long and my reasons for doing it. On the days when I feel really positive, I can’t wait to do it, but that ebbs and flows.” Why go for a piercing over other, perhaps more traditional, ways of marking difficult moments? “It’s something permanent but it can also be discreet. It’s a bit of fun and the design can be changed depending on my mood, which I like.”

Societal opinions on body modification have also become much less severe since piercings transitioned into the mainstream. Gone are the days when older women piercing their ears was considered akin to a midlife crisis. As Maria points out, piercings can grow and change with their owners through all of life’s seasons. “Piercing is great because you get something beautiful, but you have to take care of it – it’s not disposable – so there’s a nurturing aspect to the process. It’s actually a fantastic way to mark milestones.” 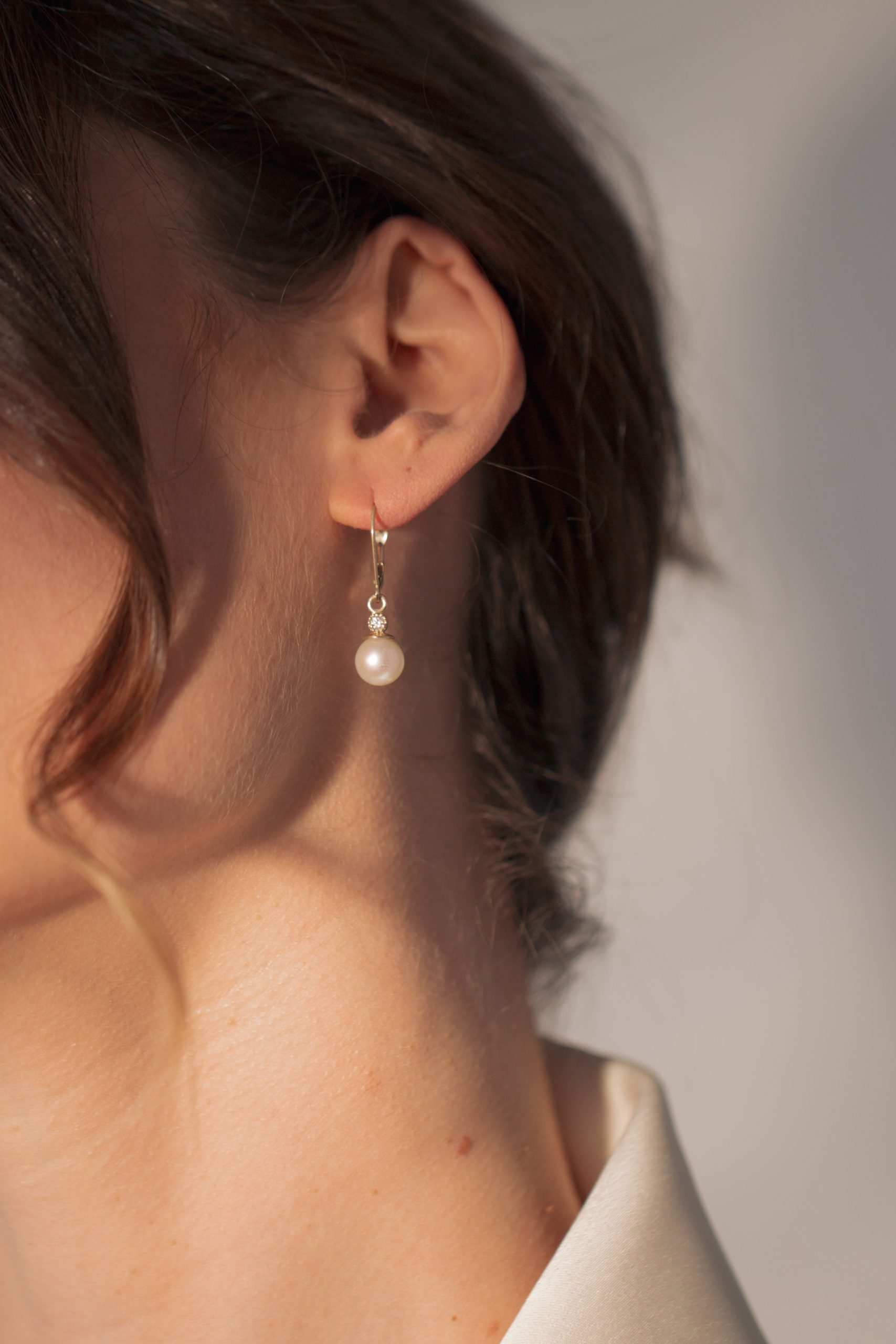 For fellow jewellery entrepreneur, Chupi Sweetman-Durney, marking milestones is about hope. “I think it’s about honouring the moments in our lives rather than celebrating them. Because when you think of love and loss, not everything is a celebration, you know. Survival isn’t necessarily a celebration, it’s just about honouring getting through a really difficult time. It’s about empowerment and pride and taking back our lives, which are messy, and grey. In between all those Hallmark moments, there are much more complex ones. Our community comes to us for those moments.”

“Anytime I bump into someone wearing one of our pieces, they don’t want to tell me, ‘God, the diamond is lovely’ or ‘Isn’t the gold shiny?’, they want to tell me about why they bought the piece of jewellery and what it means to them.” Gold, she tells me, really is the eternal metal; it never fades, nor does its memories.

“Each generation has different desires, but women’s liberation is another huge part of it,” according to Chupi – though as she points out, progress is never linear. “Terrifying as it is to see what’s happening around the world, our job is to believe in better. That idea of something so simple as taking ownership of an industry that has very much belonged to the Grey Man in the Grey Suit is important.” It goes without saying, Chupi could write an entire thesis on the intersection of feminism and diamonds and how women can change the world.

Where piercings are typically associated with happier milestones, tattoos are often intrinsically linked with the more melancholy. Deeply personal ways to mark challenging times, they’re a powerful way to articulate something emotional.

Alicia Crawley is a Dublin-based tattoo artist with Project Mná – a queer, female-led support movement that donates 100 per cent of the proceeds from their “Mná” tattoos to charities that work with issues directly affecting women* (*female-identifying, non-binary, the trans community). Between 20-30 per cent of her clients are older women; some have tattoos they got years ago in their youth, some are new customers, all of them are motivated by a newfound sense of freedom. 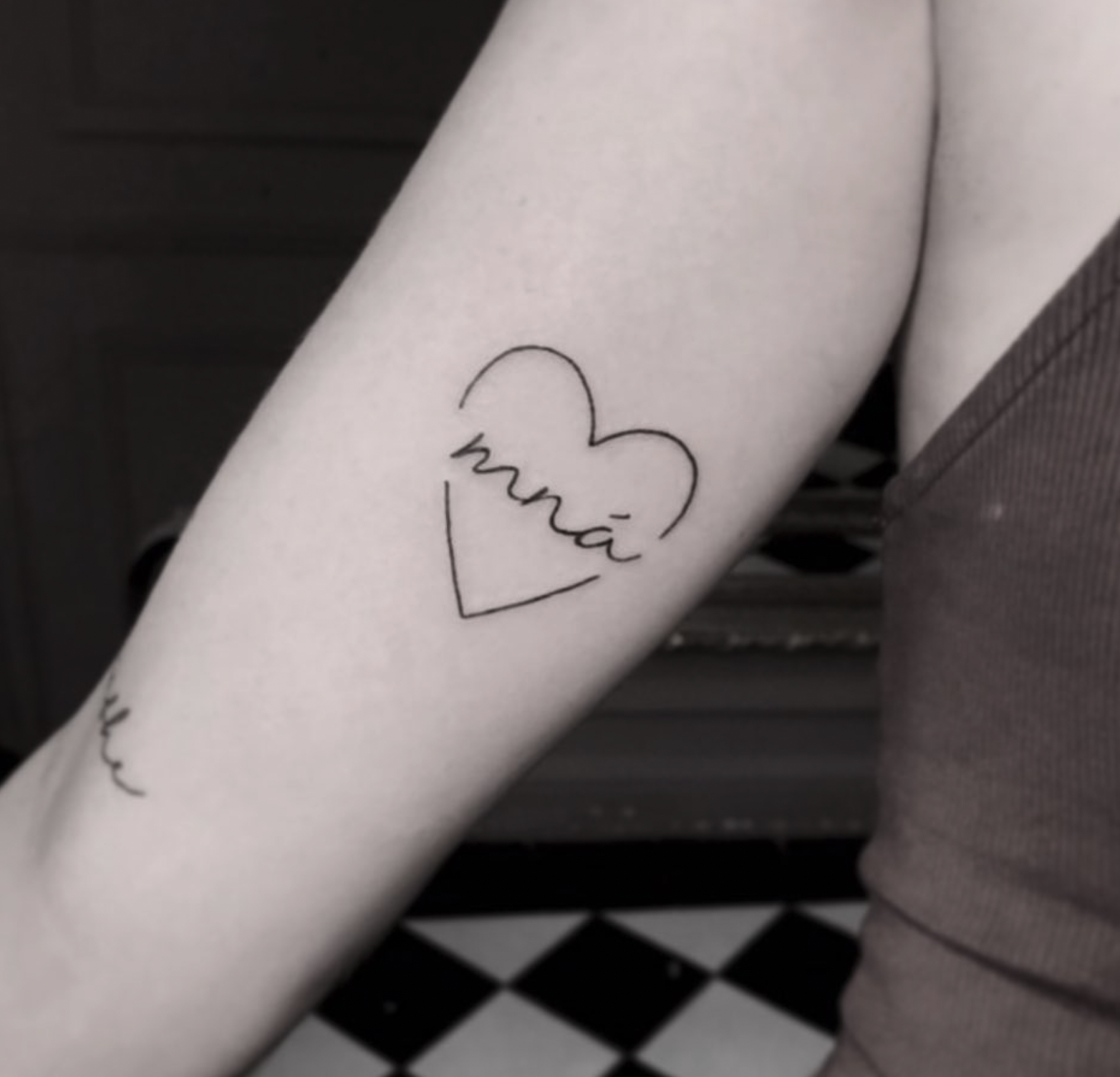 “They just say they don’t care anymore,” Alicia laughs over the phone. “They’re finally doing something for themselves, that they want to do.” Women come in for all manner of different reasons, but the “mná” tattoos are particularly special. As Alicia puts it, “It’s sentimental. It’s about women’s community, supporting a greater cause for women.”

Women emerge from her studio positively giddy, with newfound confidence in themselves and their strength.

Aisling Mahon is another tattoo artist based in Co Kildare. Women make up the majority of her clientele. “I think I see like, one man a year, maybe? It’s just my style – women are more drawn to it. I definitely get a good mix of different age ranges, though. I actually had a lady in her seventies come in recently for her first tattoo.”

Also specialising in areola restoration and mastectomy tattooing, Aisling says that women emerge from her studio positively giddy, with newfound confidence in themselves and their strength. “Most women that come have an ‘if not now, when?’ kind of attitude. It’s about celebrating themselves and the things they’ve been through in their lives. It’s really empowering to be a part of,” she smiles.

Initially focusing on scar cover-ups, Aisling agrees that tattoos (like piercings) play into that idea of reclaiming ownership of your body. In a lot of ways, it’s about putting a stop to something negative, working through your trauma and learning to move forward. “Tattoos are like pages from a journal. They’re reminders of your strength. Even the process of getting a tattoo is itself a journey. Sessions can be hugely emotional. Particularly for my mastectomy clients, but in a celebratory way. They all come in with gratitude and that sense of, ‘OK, I’ve made it this far. I’ve already won.’”

Put simply, tattoos and piercings are art forms. Self-love is your strength, self-acceptance is your peace, and self-expression is your prerogative. Why should there be an age limit on that?

Imagery via @aideenfeely. This article first appeared in the autumn 2022 issue of IMAGE Magazine.

Diamonds After Dark: An exclusive evening with Chupi

‘They said why bother having kids if you don’t spend time with them?’

IMAGE Experience: Why I’m entering a pole-dancing competition as an ‘OG poler’