Shop Irish this Christmas: Meet the shopkeepers of Hen’s Teeth in Dublin

THE CAREER COACH: Seminar 3 Your Boundaries

Should you wait until your child is five to start ‘big’ school? We asked child psychologists for their advice

Do you start your child in school as soon as he or she is eligible, or do you wait a year? Now researchers at Stanford University say that school age children whose parents delay their start have significant advantages over their peers.

If only people’s lives began as tidily as the school year. We all want our children to succeed, but does the age they start school really have such long-term implications? I believe so. In fact, not starting my son later is what I consider to be one of my biggest parenting mistakes. His birthday is in February which is an in-between birthday, a no man’s land on the cusp of when they should start.

But when it comes to sports, school, and milestones, it is important. It was as if everybody else got an invisible memo saying they were going to wait until they are 5 and a half that I missed. Most of my son’s classmates were a full year older than he was. At that age it makes a big difference — he had trouble sitting still and controlling his impulses. The issue wasn’t just that he wasn’t mature enough – it was that it showed up more when compared to the almost six-year-olds around him.

Older starting ages are now much more common — mostly because of the way the government’s ECCE scheme works, offering children two years of subsidised childhood years (Montessori or playschool) instead of one, as before. Parents are also realising some of the advantages of having their child amongst the oldest – faster on sports day, more robust for yard, and more emotionally able for the social challenges that come with school.

Legally, in Ireland, children are required to begin their formal education by the age of six. Most children, however, start school aged four or five. As well as worrying about whether or not they are getting enough vitamins, not hitting, sleeping well and generally keeping them alive, it is common at this stage to also worry about if your child is too young to start school or if they will be bored if they wait another year. 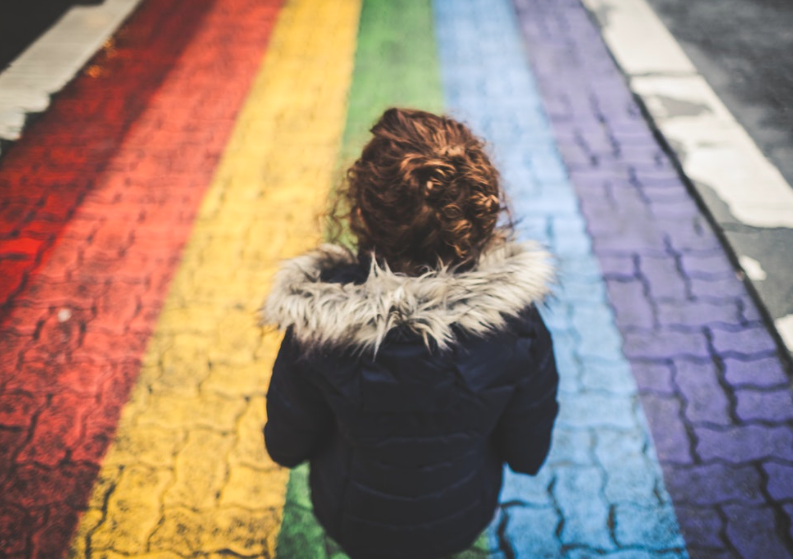 Naturally, with this debate, there is a wealth of evidence on both sides. Let’s look at both. 90% of countries in the world start formal schooling ages six or seven according to the World Bank Data.

New research carried out by the Cambridge Assessment found that “children around the age of four may not be ready for the environment they encounter in school which will include having to deal with a number of social and emotional adjustments. These factors may cause stress and anxiety.” The report went on to say that this could cause long-term problems for some children.

Younger children could be “affected in a negative way by their experiences in the early years. This could continue “to affect their academic performance throughout their schooling”.

The Cambridge study also suggested that other countries had the right idea. “In some Scandinavian countries, the outcomes  tend to be more balanced.” It says two countries where there are no discernible disadvantages for younger children are Finland and Denmark, where school starting ages are seven and six respectively and their achievement levels, later on, are among the best in the world.

A more recent study from Stanford University in the US found that children whose parents waited to sign them up for school by age 6 (instead of 5) had measurably better scores on tests of self-control by the time they were 7 and 11. Self-control — known to psychologists as “executive function” — is an important trait for children to learn – it allows them to maintain focus and learn how to, well, control themselves.

Then, last year, a group of 130 experts in education and childcare wrote an open letter to the Telegraph newspaper stating that in their professional opinion, “children who enter school at six or seven – after several years of high-quality nursery education – consistently achieve better education results as well as higher levels of well-being.”

“In competitive situations, a person who’s relatively older than the others will probably be the one who wins”. 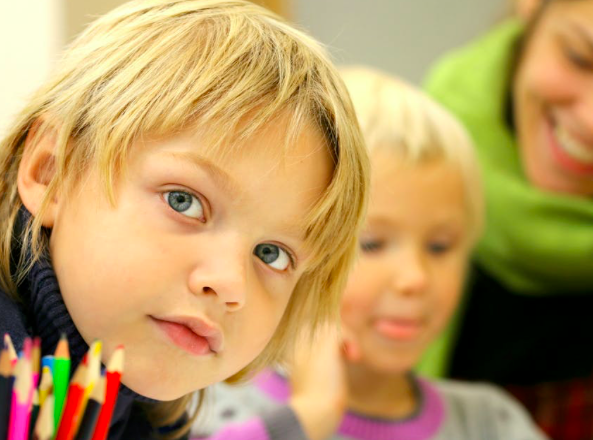 If you’ve read Malcolm Gladwell’s Outliers, you probably remember the argument he makes in chapter one; In competitive situations, a person who’s relatively older than the others will probably be the one who wins.

But this phenomenon, known as ‘redshirting’ according to the 2008 book, seems to extend beyond the sporting pitches and onto the report cards.  The Institute for Fiscal Studies carried out a useful study of school pupils which demonstrates that much the same effect holds true for academic attainment.  In the UK, you are born between September and November, you are 25 percent more likely to go to Oxford or Cambridge than a child born in August.

That’s all very well if you are prioritising academic achievement (which many of us are not). My reasons for wanting my youngest daughter to start school at 5 and a half instead of four and a half are not part of this new Rug Rat Race, they are in fact, mostly social and emotional reasons. She is small for her age and a sensitive soul. I know in my parenting heart that she will cope better if she is older.

I want my daughter to be as emotionally more mature as possible. I want her to have another year of play. I don’t see the disadvantage in her being taller (especially in the yard which can be overwhelming) and I don’t think she is going to be bored. (Yes, she will fly through the work but I’m banking on that finishing first and doing it well will boost her self-confidence and self-esteem from the get-go).

Her current Montessori has plenty of geography and biology she can have fun with if she wants something more challenging than art and crafts. Mostly, I’m focusing on some key future milestones – I want her to be more mature going into secondary school and what’s the harm of being older when she does her Leaving Cert? 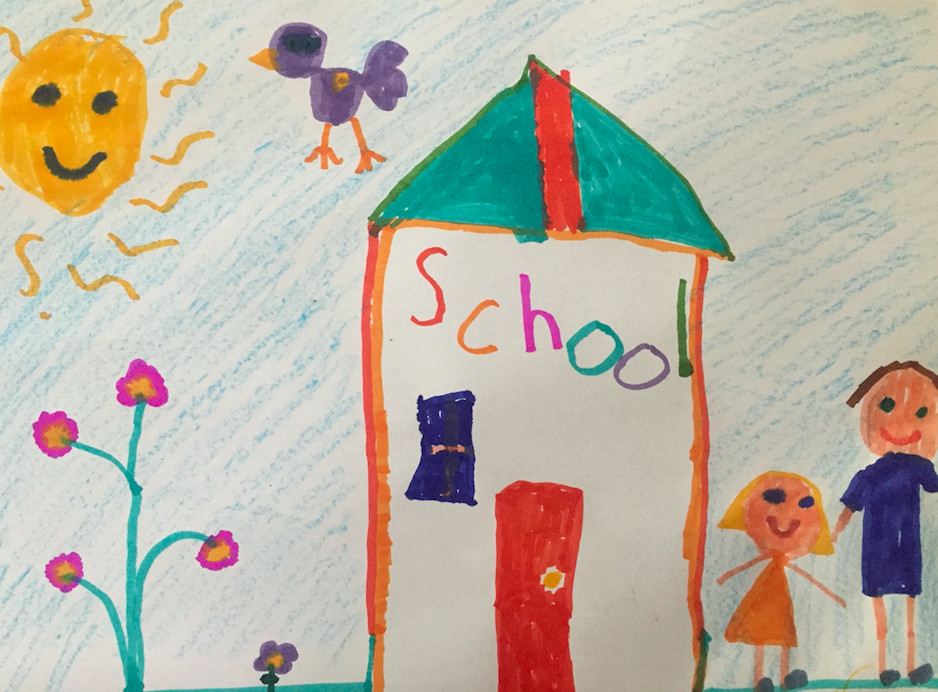 Coleman Noctor is a child psychologist and father of three. I spoke to him at length about the issue. He says the most important factor comes down to your child’s maturity. “Parents are the only ones who can judge a child’s ‘readiness’ for school. There are advantages to being more emotionally mature but the single most important factor is being among like-minded peers.”

Age is just a number

That is the reason why I regret sending my son at four and a half when most of his friends are five and a half. Interestingly, my eldest daughter started school at four and a half (before ECCE scheme extended) and she is among her peers who also started on the early side (compared to now). She is happy, well-adjusted, and as emotionally mature as most of her class.

But back to the case for sending your child earlier. Obviously, there can be cost implications of spending more money on childcare (many childcare/playschool options charges on top of the ECCE scheme). But from a research point of view, a study from the University of Wyoming found that age diversity in early school years is beneficial in itself; relatively young students actually had better outcomes when they’re learning alongside relatively older peers.

Sticking on the academic side of things, a study by Cornell’s Keven Kniffin focused on whether ‘redshirting’ influences the likelihood that your child will eventually obtain a Ph.D. (researchers felt that because only 2% of the population of the US had one, it made it a meaningful metric). The study found that if delaying your child’s start had virtually no impact on Ph. D attainment. Then we are back to the non-academic argument. It comes down boredom levels – the reason I chose to let my son start school earlier than his peers.

He’s smart, he’ll get bored, I convinced myself. But children are born to play. Sitting still in stiff uniforms (or in a very regimented environment) is not compatible with skittish antics. Why are we in such a rush to get them into the school system?

Of course, all children are different and those maturity levels do eventually catch up. I’m sure my son will be just fine and will adapt alongside his older peers, but the experience has shown me that it is worth thinking twice about starting your child too early. If you are still on the fence, you can do one thing; ask your child’s school if they can give you an age profile of all the new starters and see where your child’s birthday falls amongst them before you make a decision.

The issue isn’t so much about what age they start, it is about starting with their true peers.

Delaying starting brings undeniable advantages, but it depends on your own perspective. The difference in development between ages four and five is significant. That extra year of soaking up more time in playful environments may stand to your child in the future. At the end of the day, there is more to consider than just ‘readiness’ but who wouldn’t want to give themselves an extra year to grow up?

‘Coming out to the car park and breaking the news, ‘there’s no heartbeat’’: How the pandemic has impacted fertility

How to talk to your boss and partner about juggling work, childcare and home duties

According to 3,000 Irish parents, this what you need to buy before your baby arrives

Fig O’Reilly, NASA datanaut and beauty queen: ‘When are we going to stop minimising women to just one thing?’