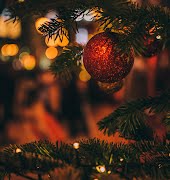 Niblings are the nieces and nephews we just can’t get enough of, but what’s wrong with that asks Geraldine Carton?

“Why are millennials so obsessed with their nieces and nephews?”

It’s a question I hear more and more these days, to which I shrug and mutter something about global warming.

Scroll through your social media feed at any given moment and you’re bound to be lampooned with images of friends, acquaintances and complete strangers presenting their little niblings (the combined noun for nieces and nephews) to the camera with all the veneration of Rafiki with Simba in The Lion King.

“He’s the love of my life” reads one Instagram post; one of the first images that popped up as I scrolled through my feed. Above the caption is the image of a girl I once went to Irish college with, and in it, she is looking dreamily into the eyes of her newborn niece, who cries in her posed arms.

I can’t lie, I too am #obsessed with my own nephew. Whilst I won’t publically pledge that he is “the love of my life” (what if my own future child were to scroll through my Instagram feed down the line?), I must admit that my affection for that child is immense. And as strong as the urge to inhale the sweet scent of his baby head whenever I see him is, I’ll add that the urge to share images of him on social media is equally so.

“It’s just the world we live in” I cry, whenever my family roll their eyes at my constant picture-taking of the child. In truth, by posting pictures of him on social media, waxing lyrical about his effect on my family on public forums and making his face my screensaver, I’m only doing what any self-respecting millennial aunt does these days. Look around and you’ll notice that even celebrities are getting in on the fun; Jennifer Lawrence, Zendaya and Niall Horan are just some of the famous faces basking in (and flaunting) their respective aunt/ uncle duties on social media.

But the question remains, why do people think that millennials are more infatuated with their siblings’ children than any other generation before?

Millennials thoroughly embrace their role as aunt or uncle most likely because they have the youthful energy to do so (what with their being between the ages of 24-39), and also because they don’t yet have their own children to direct said energy towards.

What with all the Tinder-swiping, beard-trimming, tattoo-acquiring and avocado toast-buying there is to be done (not to mention keeping up with the never-ending iPhone updates), we millennials simply don’t have the time to procreate and raise our own children right now. By having children later than previous generations, we are afforded additional years of child-free, responsibility-light adulthood; time which we now use to dote on our niblings (that is, when we’re not waiting for our iPhones to update).

Experts believe that relationships between aunts and uncles and their niblings are less judgmental than relationships between parent and child.  As Bella DePaulo, PhD, of University of California Santa Barbara says, “a non-conforming kid can be a bit worrisome to a parent. To an aunt or uncle, maybe they are more likely to be a point of pride.” This is especially relevant amongst millennials, who tend to place a huge amount of value on individualism and uniqueness. The fact that we don’t experience any of the parental angst and we aren’t quite so intrinsically invested in the child’s every decision probably helps the relationships too…

As aunts and uncles, we don’t have to worry about our niblings’ grades or their future job prospects. While mum and dad might alternate between Good Cop and Bad Cop, our role of Fun Cop remains consistent. All we’re expected to do is adorn the child with praise, gifts and treats; take them on trips to the cinema; teach them their first swear word when nobody is watching; indulge in one-glass-too-many at their primary school graduation, etc. etc. We recognise what a special opportunity we have to form a unique and special bond with our nieces and nephews, free from judgement or punishment, and we embrace it with open arms.

Social media also allows millennials to feel closer to their niblings, despite whatever geographical distances may be at play. Regular use of apps such as Skype, WhatsApp and Facebook allow modern aunts and uncles to keep up to date on the niblings’ developmental achievements/ latest outfits/ baking adventures, even though they might be sitting cross-legged in an ashram on the other side of the world.

It all comes down to a few key factors

So there you have it: although us millennials’ love our nieces and nephews with all our heart, we don’t necessarily love them any more than past generations did. We as a generation are simply harnessing a few key factors right now, such as being child-free, relatively young (and energy-full), and bestowing our appreciation of individualism upon the next generation.

There’s also the fact that we enjoy a bit of instant gratification on social media; and like it or not, a good wholesome “me-and-my-nibling” photo ranks virtually as high as a selfie of you and Beyoncé enjoying a Guinness and toastie in Grogans. Fact.