Living with brain injury: ‘I couldn’t recognise the person I fell in love with anymore’

Brain injuries can cause extensive physical impairment but the lesser known ‘hidden’ disabilities associated with Acquired Brain Injury can be harder to observe, writes Amanda Cassidy.

“For a year my husband was effectively a stranger to me.” Amy* and her husband were together for almost 16 years when he suffered a stroke while on holiday in France. Luckily he survived, but his subsequent brain injury had a profound impact on his personality. “My normally kind and patient husband became withdrawn, short-tempered and obsessive. Of course, I was so relieved he was still with us, but I couldn’t really recognise the person I fell in love with anymore.”

Acquired brain injury is an injury to the brain that has occurred after birth. Brain injury commonly results in life-long challenges, including a range of physical, cognitive, emotional and behavioural changes. This can include traumatic and non-traumatic brain injuries and can be the result of road accidents, aneurysms, viral infections like encephalitis, strokes, seizures, tumours or a lack of oxygen to the brain.

Those who suffer these types of brain injury often struggle with the associated personality changes, which can lead to problems with aggression, agitation, non-compliance and depression.

In the case of Amy’s husband, his difficulties managing his emotions were the most distressing for family members. Amy says they both struggled to adjust to post-injury life. “He isolated himself all the time. It was very hard to watch. I began to realise that we had to accept this had happened and we both had to live with its consequences for however long that took.”

Around 13,000 people suffer from a head injury in Ireland every year. The speed of recovery depends on the type of injury, the age of the person and their social support network.  For milder injuries, recovery can occur in the first six months. For a more severe injury, recovery can take several years. 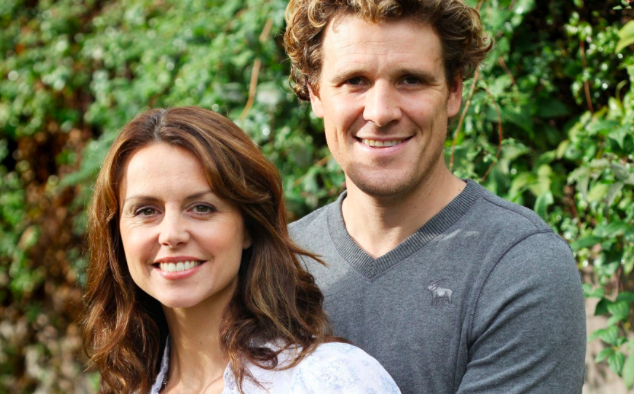 Double Olympic rowing gold medallist, James Cracknell and his wife, radio host, Beverley Turner announced their divorce after 17 years of marriage two years ago. In a searingly honest book, they charted their experience with brain injury and how it had changed their family dynamic. In 2010, Cracknell almost died after being hit in the head by the wing-mirror of a truck as he cycled across America. The frontal lobes of his brain were crushed.

In an interview two years after the incident, Beverley said it was an ongoing struggle to deal with James’ increasingly aggressive behaviour. “Every moment of my life, from the time he was in that hospital bed in Arizona, was about getting James back to the person he once was,” she said.

“That was not a completely altruistic aim: I wanted that person back. I missed him. To get him as well as he could be, I knew I was going to have to be harsh on him, like dealing with a child.”

In their book, Touching Distance, Beverley gave some insight into their life after the incident. She wrote, “It has been another long, upsetting, difficult day that culminates in Croyde (their son) crying himself to sleep after another hurtful telling-off from James. I lose it.

“I say I’ve had enough and he needs to get better elsewhere because it is too much for us. But I’m not calm and beseeching. I’m angry and exhausted. I am already only too aware that 75 per cent of marriages do not survive a TBI (traumatic brain injury). When I read the books they confirm that it is this self-centered behaviour that is often the final blow for families.”

At the end of their marriage, James, 46, moved out of the London home he shared with Beverley. He has been living in Cambridge University as a mature student for his MPhil in Human Evolution. Traumatic brain injury differs somewhat from a head injury since a person can sustain damage to the face, scalp and skull without necessarily injuring their brain. TBI is considered a form of acquired brain injury and refers to brain damage caused by an impact to the head. But for both, recovery is often a slow process.

Professor John Evans says that the effects of ABI on carers shouldn’t be overlooked. “This injury may not have happened to you physically but mentally, you are also facing a big uphill battle. Try to stay in the present instead of worrying about how catastrophic the future may be. Make time for yourself and know your limits and when to ask for help. It is a good idea to focus on daily achievements rather than the weaknesses. A positive outlook is essential.”

There are now calls for an increase in research investment to drive interventions for brain injury survivors to capitalise on the window when the brain can rewire cells. The importance of accessing support and therapy quickly for those living ABI has a big impact on recovery.

James was a pilot with British Airways when he fell 18 feet over a hotel balcony onto a marble floor. As a result, he fell into a coma and after regaining consciousness he received physiotherapy and hydrotherapy. But he credits the year he spent in a specialist Rehabilitation Unit for his ongoing recovery. “They helped me to understand my condition and the limits I might have to face. There are still a lot of things I want to improve. I can’t talk fast enough to make jokes and it is hard to carry things with my right hand but it is getting less and less so.”

For now, Amy also says she’s noticing big improvements in her husband’s emotional regulation. She says that the glimpses of the man she married are what give her the courage to stay strong. “When it first happened, I asked the doctors if I’d ever see him again and they couldn’t really give me a straight answer. How could they?

*Amy asked us not to use her real name.