Perspectives: ‘I went from being suicidal to becoming a Samaritans volunteer’

Marilyn Devonish was a quiet, shy girl with very low esteem when she received the terrifying news that she may be suffering from an early-onset Alzheimer’s diagnosis. This is the story of how she transformed her life.

“I was so lacking in self-confidence and so scared of public speaking that I could barely speak to my own family. I also had a very difficult start to my life – I was sexually abused from age 7 to 17, which I later realised contributed to the shyness and introversion; it was also something I didn’t think you could do anything about.

I used to see it as another of life’s burdens to be carried.

In my 20s, I decided to go down the route of studying to be a chartered Accountant – mostly because I believed I could hide behind paperwork and never have to speak to others.

What a misconception that was – I quickly realised that a really good Accountant has to communicate really well with clients.

My lack of self-believe and confidence was crippling. My relationship was breaking down, my partner was cheating and I was on the verge of taking my own life. I knew something had to change.

Because I was quiet and shy, I signed up for what I thought was a communications skills course to help with my confidence. Back then, I didn’t understand how deep the cause of my shyness rn, but I was about to find out.

After I received the course materials and realised I had signed up for a personal development training, I tried to get a refund.  They refused and suggested I attend the training and if I didn’t get “massive value” by the end of the course, I could have my money back at the end.

So now not only was I angry but I signed up for what looked like a lot of zany therapy; Hypnotherapy, Timeline Therapy, and Huna. I was convinced the next seven days would be a complete waste of my time.

My life transformed within the space of seven days in October 2000 and I’ve not looked back since.

For the first three days of the course, I sat in the training room with a face like thunder, looking and listening for ways to catch them out and prove there was no way just talking to someone could change their life.

I was a cynic. To prove myself right, I decided to jump in, do everything asked of me, and prove it was a load of nonsense when I felt exactly the same at the other end.

And then my life changed.

I was introduced to the power of the mind and saw something I had at home gathering dust; a set of PhotoReading™ tapes in action.  I wondered if they could have the same effect on my brain, having been diagnosed with what looked like early-onset Alzheimer’s in my 20s.

Within weeks of implementing the 5 Step System, I went from brain fog and “cotton wool head” to thinking clearly and having people comment on the sharpness of my mind and the clarity of my questions; I have been teaching PhotoReading™ and Accelerated Learning for the past 18 years.

What also shocked me was moving from barely being able to say my cheating partner’s name without crying, to not only coaching and helping him a few days later but also working with others who had been through a messy breakup, and becoming a Samaritan volunteer

When people say life can change in a moment, it’s true.  My life transformed within the space of seven days in October 2000 and I’ve not looked back since.

I went from dragging myself through life and having little and no energy to working anywhere from 12 to 18 hours a day and loving it.

The joy that comes from working with someone for just one-day and seeing their entire life change and transform is incredible, and also a privilege. 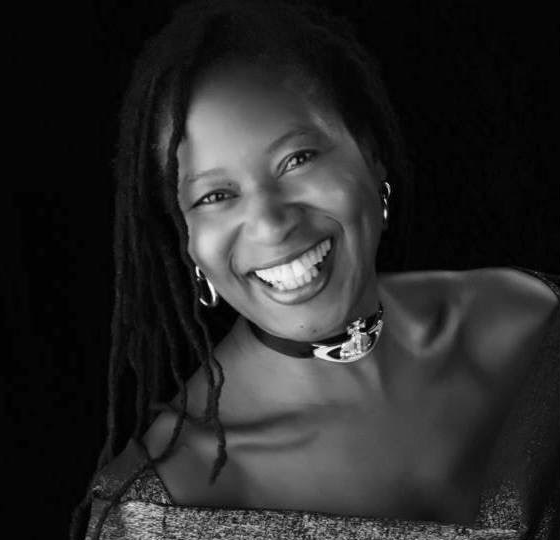 Here are a few of the mindset tips which helped me make the daily transition:

Focus on what you want

It sounds simple enough however we’re almost conditioned to do the opposite.  For example, when I’m working with someone to overcome their fear of presenting or public speaking, I ask what they want to achieve as a result of the Coaching Session.

They often reply with: “I don’t want to be nervous, anxious, feel like a rabbit in the headlights, etc” which is leading with what they don’t want.

When you think about NOT being nervous, anxious, forgetting what you want to say, you set off a neurological chain of events and start feeling and experiencing the very thing you want to avoid.  Instead, focus on feeling calm, relaxed, eloquent, etc.

We all now cause has an effect. We are taught that as babies. You switch the light, the room lights up. You open the tap, water runs out. Well, it works on people too.

When you’re at cause, you can choose your next course of action, and where you put your focus and attention.  When you’re at effect, it’s like being a pawn in a game, where you are moved from pillar to post by everything and everyone around you.

It sounds like a simple shift however it is super powerful. Where are you now?

I’m the person I wanted to be but never dared to imagine.

Getting to the root cause and uncovering the underlying limiting beliefs in my head was pivotal for me. Limiting beliefs show up as “I’m not” statements.  I’m not good enough, I’m not worthy enough, capable, clever enough…When you resolve those, you see and experience the world differently, better.

I think what surprised me most having come from an academic background; I had previously done a Business Degree, and had a post-graduate CIM Marketing Diploma, was how I could take very “out there” and esoteric subjects and present them back to my clients in ways that were practical and made sense.

If someone told me in my 20s or early 30s, this is what I would end up doing I would have laughed them out of town. I now specialise in things I didn’t even know existed back then. I’m the person I wanted to be but never dared to imagine.