‘I’m an obstetrician who became pregnant with twins via an egg donor. This month they turn 5’

Shannon Clark is an Obstetrician and Gynecologist and Maternal-Fetal Medicine Specialist in the US, focusing on the care of women with maternal and/or fetal complications of pregnancy. Dr. Clark married at the age of 39 and started trying to start a family at age 40. After five failed cycles of IVF, she was able to become pregnant via egg donor and delivered twins Sydney Renée and Rémy Vaughn. This is her story

“Do you think you will bond the same?”
“What if you feel different because they are not genetically yours?”
“Why didn’t you just adopt?”

Those were just a few of the questions asked of me five years ago when I chose to share with
anyone who wanted to listen that I was pregnant via egg donation.

Because I had chosen to be very transparent with my infertility story, I knew that there would be questions, curiosity and even criticism, but I also knew that the positives of my transparency would far outweigh any negatives, so I continued sharing and educating.

I am so grateful for the advances in science that allowed me to become a mom, and I am especially grateful to the young woman who played her part through the selfless act of donating her eggs. 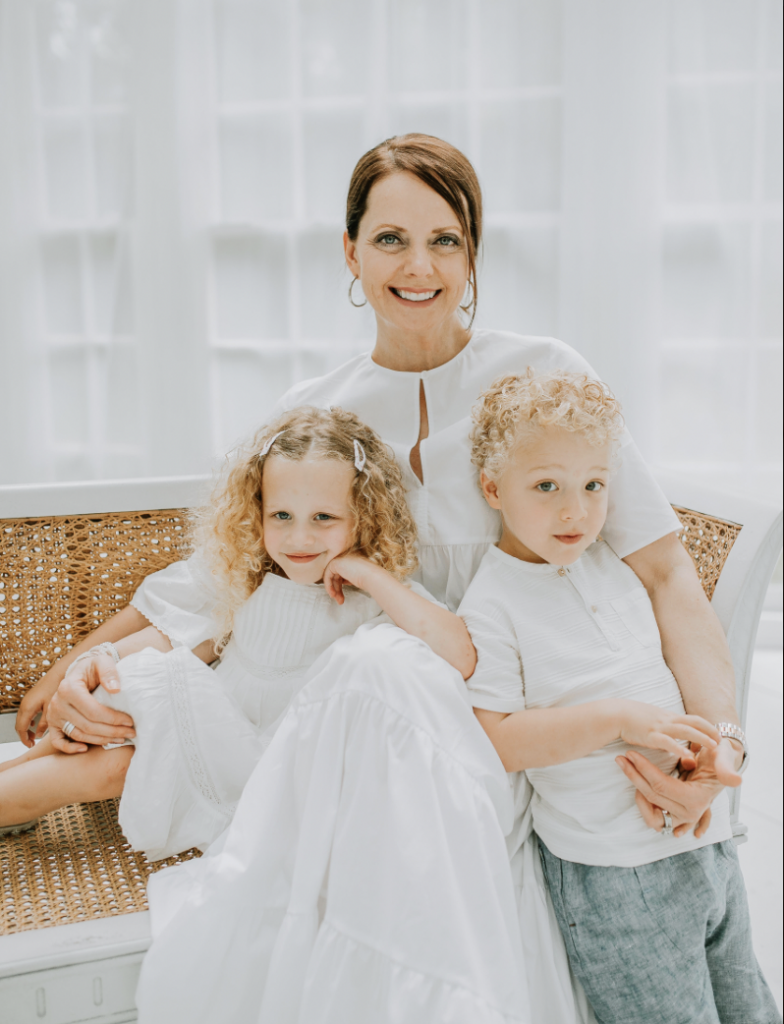 You see, I am a double-board certified ObGyn and Maternal-Fetal Medicine Specialist who became an unfortunate statistic of delayed child-bearing due to my career aspirations.

By age 38, I was still single and well on my way to a successful career in medicine – a career that had taken 15 years of formal training and sacrificing many of my personal goals along the way.
At 38, I decided that I would be fine with remaining single and accepted the reality that I would be child-free.

However, he walked into a sports bar one night and changed everything. He, too, was 38, single and child-free, but having a family was something he wanted, and after a few months of dating, I realized that having a child was something I also wanted – with him. So we fast-tracked things and married a year and a half after meeting and immediately started trying to have get pregnant.

By this time I was almost 40, and although I knew from my training as an ObGyn that getting pregnant at my age may take longer, I was healthy and active and of an ideal weight so I thought that the odds would fall in my favour. And they did! I got pregnant on our first try, but that ended in a pregnancy loss.

I truly wanted to experience pregnancy myself. After years of caring for my pregnant patients, I wanted to know what pregnancy was like for myself

I was upset, but not deterred, and we kept trying. After a few more months of no success and my turning 40, it was like a lightbulb went off in my head and I started to panic a little. In an attempt to help my husband understand more about the potential fertility issues with advancing age, we went to see a fertility specialist who was also a personal friend of mine.

After discussing the stats and looking and the results of my bloodwork and pelvic ultrasound, we were both in shock. The reality of what the limits were of my 40-year-old self was staring both of us in the face.

We signed up for IVF immediately.

Truthfully, though, I still wasn’t deterred. I just knew IVF was going to fix what my body could not do its own to get pregnant. I knew it was the answer. I was still very hopeful.

Unfortunately, again, that was not the reality we experienced. After five cycles of IVF that yielded 16 embryos that could be genetically tested, only one was chromosomally normal. This was purely due to my older age and the effect it had on my egg quality. Although I was healthy, my eggs were not, and the transfer of that one chromosomally normal embryo failed.

They are mine in every sense of the word, even though we do not share DNA, and the moment I held their tiny bodies in the NICU we bonded.

I must admit that even after we chose to pursue conception via egg donation, I was
silently grieving the loss of my genetic contribution to a child. I did feel like a failure – like my body failed me. I was also angry and even a little resentful that I was forced to go to such lengths to become a mom. I had spent a career caring for pregnant persons and delivering babies. Why couldn’t it happen for me?

Once the decision was made, we sought out an egg donor clinic and started looking through the egg donor registry. I must admit, the process of looking through profiles for someone to “replace” me was too much.

After all that my body and mind had been through, I simply couldn’t contribute to that part of the process. So I sat down with my husband and picked the top five criteria that was important to both of us in an egg donor, and he started the search. After a few weeks, he came to me with three candidates. And our first choice was available.

Ultimately, 5 embryos were produced from our donor’s eggs and my husband’s sperm. The next step was transferring them into my uterus. The decision was made by my fertility specialist to transfer two embryos, but in the U.S. single embryo transfer is recommended due to the increased risks of pregnancy with a multiple gestation.

We transferred two embryos due to my age (I was 42 at the time), prior pregnancy loss and prior failed embryo transfer. That transfer failed, and it nearly broke me. I had put so much hope into using donor eggs, and even though I had experienced other failures, I had not
allowed myself to even consider that a donor egg cycle would fail.

This was the lowest point for both my husband and I during our entire journey. We even considered just stopping.

After a few months, and a trip to Peru for New Year’s, we decided to try one more time. We could have pursued adoption or a gestational carrier, but I was not ready to give up on my body.

I truly wanted to experience pregnancy myself. After years of caring for my pregnant patients, I wanted to know what pregnancy was like for myself. So, we transferred two more embryos and became pregnant with boy/girl twins!

I won’t go into the details, but I became a statistic for a high-risk twin pregnancy in a person of advancing age.

After a very difficult pregnancy and two months of hospitalisation, I delivered Remy Vaughn and Sydney Renée at 31 weeks’ gestation via emergent Cesarean delivery. Remy was in the NICU for five weeks and Sydney six weeks, but they are now five years old and thriving.

As an aside, even though I did a transfer of two embryos and conceived twins, I fully support the practice of single embryo transfer due to the complications of my pregnancy and nearly losing them multiple times. Maybe I will tell that story at a later time.

So here I am—a mother to five-year-old twins at age 48. They are mine in every sense of the word, even though we do not share DNA, and the moment I held their tiny bodies in the NICU we bonded.

I am so grateful for the advances in science that allowed me to become a mom, and I am especially grateful to the young woman who played her part through the selfless act of donating her eggs.

Continue to follow us here to hear from Ireland’s leading experts in our IMAGE talks Fertility series in partnership with Waterstone Clinic.