Owen Gallagher was fifty-six when diagnosed with Alzheimer’s. On World Alzheimer’s Day his wife Carolann Duggan talked to Lia Hynes about his diagnosis and their lives together. *This article was originally published in 2018

Until she met her husband Owen, Carolann Duggan had never thought of herself as the marrying type. “We met and married in the same year,” she recalls. “He was never due to marry, I was absolutely never due to marry. I was never going to have children; I got the snip when I was very young. I wanted to be free, single, independent.”

She married Owen Gallagher within a year of meeting him, when she was thirty-nine, he was forty-five.  “H is the gentlest, sweetest man you would ever meet,” she says now. “He was everything that my own parents weren’t; he was just so lovely I completely fell for him. He still has that gentle nature to this day.”

Three months after they married, Owen had a heart attack. Then seven years ago, at a wedding, he had a massive brain seizure in the middle of the night and was taken to hospital. It was then that they got his diagnosis of epilepsy and Alzheimer’s. “They rang me a few days later while he was still in hospital, and told me over the phone that he had early cognitive impairment. I didn’t know what that was. I just said to the doctor on the phone ‘ok, what’s that?’ And she said ‘it’s early onset dementia’.”

The diagnosis was a total shock; Carolann had had no inkling that something along these lines was wrong. “I assumed his health problems were around the heart. It never dawned on me for a second that it might be to do with his brain. There were a number of things that occurred to me over the years, but I thought I was going mad, or put it down to other things causing me stress at the time. I thought I was going crazy, but I wasn’t.”

In retrospect, she recalls behaviours that struck her as odd. “He was going blank on me, not answering questions, being vague about a lot of things. All tiny little things. Up until he had that seizure I had no idea there was actually something wrong.” 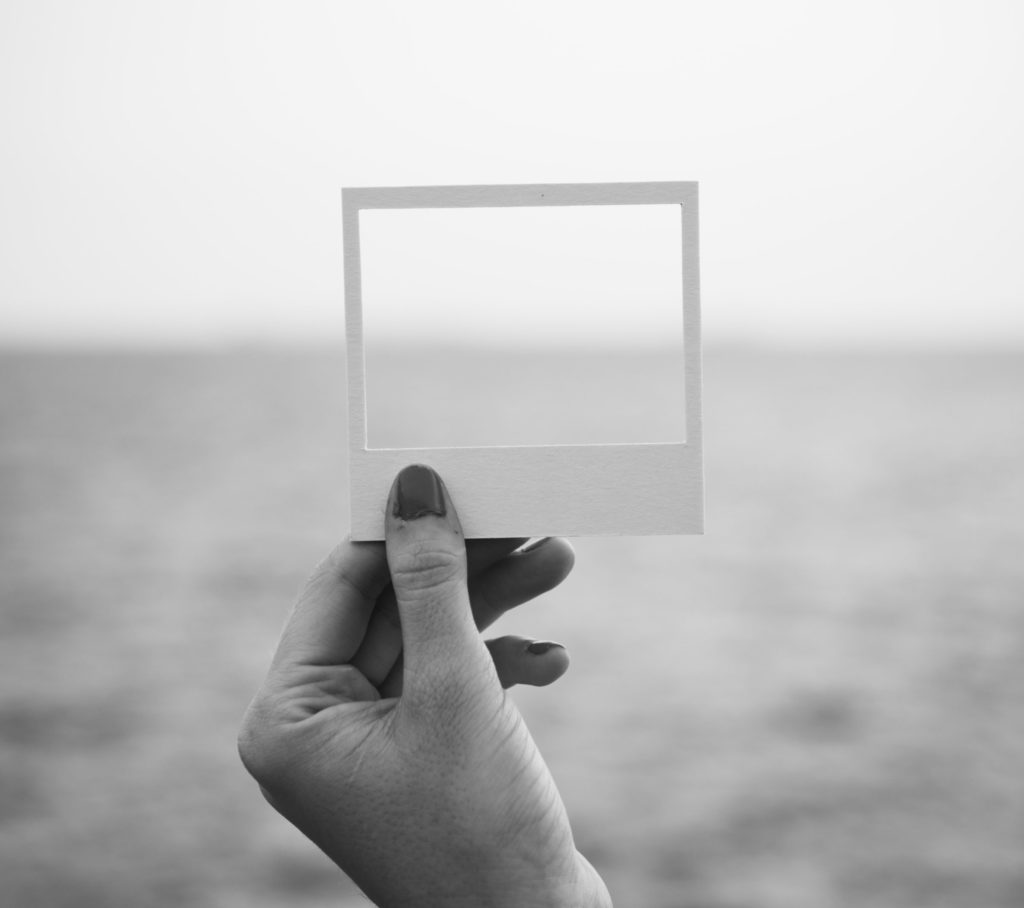 My life was decimated

“He wandered once or twice; I remember driving around in my car with a photograph of him, stopping everyone to say; ‘did you see this man?’”

Owen was fifty-six when diagnosed with Alzheimer’s. “We didn’t have a great experience with the medical profession,” Carolann reflects of receiving the news over the phone.  “That’s not how you tell a woman in her early fifties that her husband has Alzheimer’s. I was given a further, official diagnosis, again over the phone. It was nothing to them but my life was decimated.”

Her employers were hugely supportive; eventually she reduced her hours to fifteen a week. “I was on what they call the carers benefit. I was on my knees for many, many years, struggling on my own. I have experienced real terror with this diagnosis,” says Carolann, explaining that a situation with extended family was also a source of stress. “I wasn’t able to access home help. So I struggled and struggled and struggled. I got involved in the Alzheimer’s café, which was helpful to me.

As anyone who lived with someone with Alzheimer’s will know, for the carer, it becomes impossible to switch off at anytime. Patients are liable to wander off during the day or attempt to do so in the middle of the night, and can become a danger to themselves within the home. “He’d be very restless,” Carolann says of how the disease manifested in her husband.  “He would say’ I don’t know’ to everything, no matter what you’d ask him. He lost his speech eventually. He just says the odd curse word now.”

“When I wasn’t working I never let Owen out of my sight. He wandered once or twice; I remember driving around in my car with a photograph of him, stopping everyone to say; ‘did you see this man?’ He just walked out of the house and I didn’t know where he was. Eventually he found his way back. Wandering wasn’t too big an issue though, because he spent most of his time in this beautiful work shed we got for him in the back garden. He is gifted with his hands, could make anything from wood. It kills me to think of him where he is now, sitting in an armchair at sixty-three years of age.” 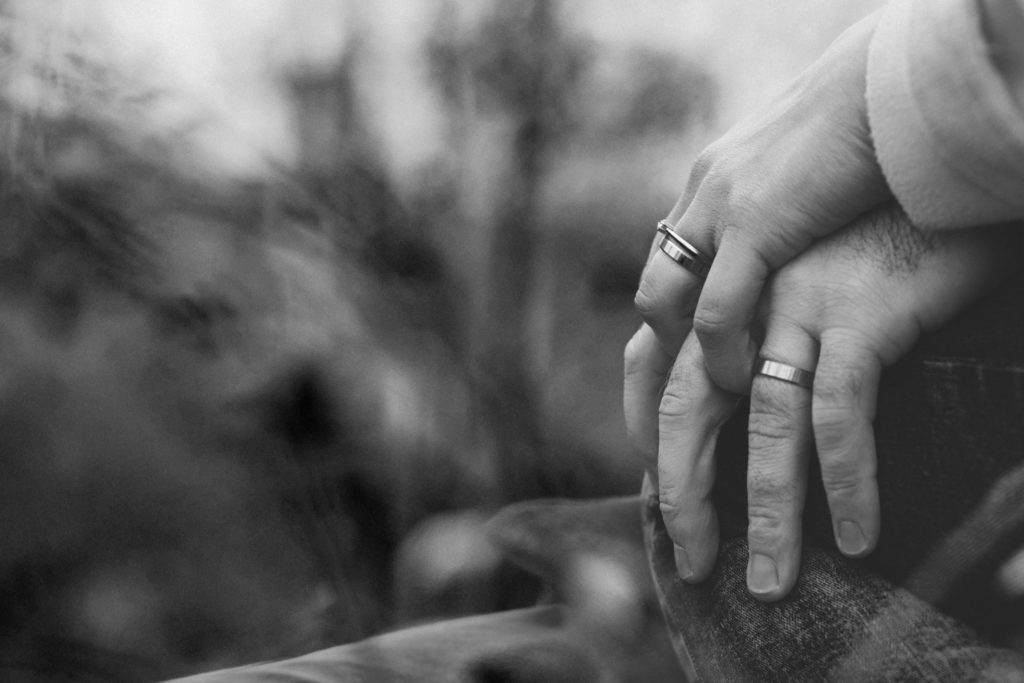 “There’s an element of grief and sadness throughout Alzheimer’s that I don’t honestly believe is attached to other diseases in the same way. Because the person is actually dying in front of you.”

The couple are eighteen years married this November. Elie Wiesel famously wrote about Alzheimer’s in his book titled The Forgotten. He has described the progress of the disease as like a book where every day another page is torn out until, in the end, you are left with just the book cover. It looks the same, but everything inside which made it what it was is gone.

“Alzheimer’s is a withdrawal,” says Carolann. “They call it the living death. Every day the person loses some sense of themselves. They get lost. And it is so, so sad to see it. This is one of the things that people genuinely don’t understand. There’s an element of grief and sadness throughout Alzheimer’s that I don’t honestly believe is attached to other diseases in the same way. Because the person is actually dying in front of you.”

Owen is now a full-time resident at Saint Joseph’s Shankill, the only care home in Ireland that solely cares for people living with dementia. “Occasionally the tears come. I was in with him last night, he was in bed, and the tears were rolling down his cheeks. So he knows that something is not right. He doesn’t understand where he is or what’s happening but he knows there’s something wrong. He’s in the advanced stages of Alzheimer’s. He now has Parkinson’s as well. This guy wouldn’t hurt a fly. He is really the loveliest man I’ve ever met; I’ve never met anybody kinder.”

The centre aims to demonstrate a new level of care in how people with this very difficult illness are looked after. It is home to sixty people, each of whom live in one of the six lodges with others who are at the same stage of dementia, meaning care is as thoughtfully and sensitively tailored to each person as possible. Patients are cared for together in a ‘homelike’ environment where the focus is on people’s emotions and on making them feel like they really matter, despite living with a diagnosis of dementia. 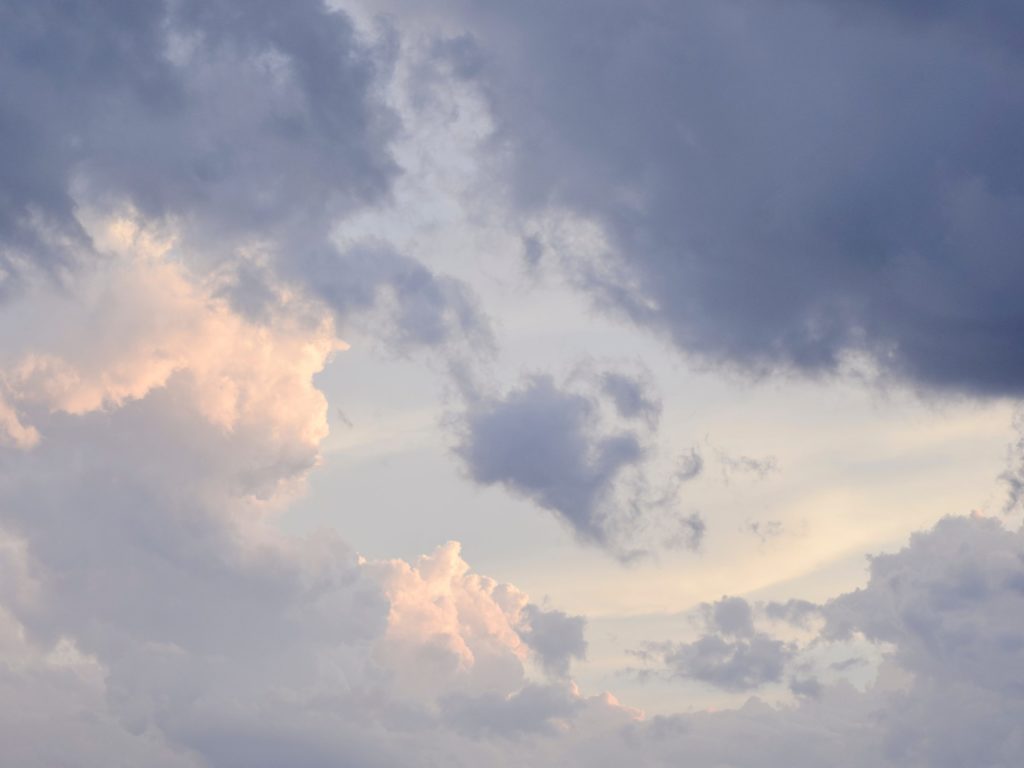 “I play with him all the time, I kiss and hug him. I go into him everyday with my two hands out and I say ‘come here to me, you gorgeous thing’, and I kiss the head off him.”

Originally, Carolann came across the home by accident. “I was walking my dog in the park and I saw a poster up on a pole to say there was a cake sale on, a fundraiser,” she recalls. “I had never been there before, had no idea that as I walked in the door they noticed me coming in. I thought I was being very cool and detached. They realised that I was a stressed out lunatic, which I was. They said to me afterwards ‘you came in that door a wreck, and we spotted you straight away’.”

After buying cakes and raffle tickets, she went home to get Owen, to bring him to the sale.

“We went back, and somebody came up to him and said ‘Are you Owen? You’re after winning a prize’. I couldn’t believe how kind they were to him. I was nearly in tears then. I knew that if he ever had to go into a nursing home, that was going to be the one. There were trees, grass, flowers. It was gorgeous. From the first second I walked in, I knew ‘These people are good’. And they told me years later ‘you walked in that day and we noticed you and we could see you were on your knees’. I was. Mentally I was destroyed. I had stopped sleeping. My sleep went. My mind went. I couldn’t read anymore. I couldn’t do anything. I was totally stressed.”

Owen starting as a day-patient was the “first relief” she had had, Carolann reflects. He is now a full-time patient at the centre. Putting someone into care is always a heart-breaking decision full of guilt for a carer, even when the reality is that keeping a person at home is absolutely untenable. “It was heart-breaking. It was the worst few days of my life,” she recalls when Owen first went to live at St Joseph’s. “That’s why I’m there day and night. Because I just can’t leave him. I feel so awful. This lovely man who would never hurt or harm anyone has ended up in this way. I feel awful that he’s in there, there is guilt. I’d love to have had him in my house, but I can’t. And it is the best place, the staff are amazing, I actually love them. They look after him.”

“I play with him all the time, I kiss and hug him. I go into him everyday with my two hands out and I say ‘come here to me, you gorgeous thing’, and I kiss the head off him. He doesn’t know what I’m saying but he knows I’m doing goofy things.  I do kiss the head off him, because you couldn’t but love him, he’s just so lovely.”

Related: This challenging year has taught me that it’s ok to be vulnerable

Related: Exhausted with unexplained pain? You could have haemochromatosis

Related: Chronic Migraine: how sea-swimming has helped to reduce my symptoms

‘We have opportunities every day to be creative’: Lilly Higgins on the cyclical nature of crafting