Suspicious Sally at home this year? Raised eyebrows every time you mention Mr Claus? You may be on the cusp of one of the most bittersweet moments of parenthood: The Great Big Santa Claus Reveal. Amanda Cassidy suggests how to keep the magic alive.

Full disclosure: I believed in Santa until I was 12. And a half.

Of course, I didn’t admit that to my friends. Instead, I rolled my eyes alongside my worldly pals while frantically writing him letters reassuring him that I was still a firm believer. We had younger fans in our house too so there was never a question of confronting my parents (who went to great lengths to maintain the fantasy with sooty footprints and half-chewed carrots left out in the garden).

For me, there was no dramatic reveal. It was a slow realisation that the man was a myth. Noticing the wrapping paper matched my mother’s, the winks between my parents and the price tags from Tuthills.

The magic faded slightly. But I stayed schtum and happily received the gifts each year for the sake of my younger siblings. We never spoke about it.

What is the best way to transition your children if they are beginning to question the great man? Is it better to be upfront if they ask if Santa is real or should we try to keep the magic going as long as we can?

Author Samantha Curry says that some parts of the Santa secret can be problematic for parents: “When I was three years old my parents told me that Santa Claus didn’t exist. They didn’t want to base my behaviour around conditions.

Yet growing up while knowing the truth about Santa didn’t destroy the magic of Christmas. And I’ve done the same with my own kids. The ‘you be good this year or you won’t get gifts’ aspect makes me uncomfortable. Telling kids lies – about Santa or otherwise — doesn’t help us build a trusting relationship with our children.”

And she has a point.

We raise our kids to be truthful. What if Old St Nick is actually causing our kids psychological damage?

Psychologist Marjorie Taylor says the Great Santa lie is far from harming our children: “Preschool and school-aged kids who lead rich fantasy lives — for instance, those who have imaginary friends—have a better understanding of emotions and are more likely to use creative play. What Kris Kringle does do is feed the imagination.

“Kids picture him managing his elves at the North Pole, soaring through the sky or squeezing through chimneys. Sometimes children participate in the fantasy themselves, adopting the role of Rudolph or Mrs Claus in games with their friends.” 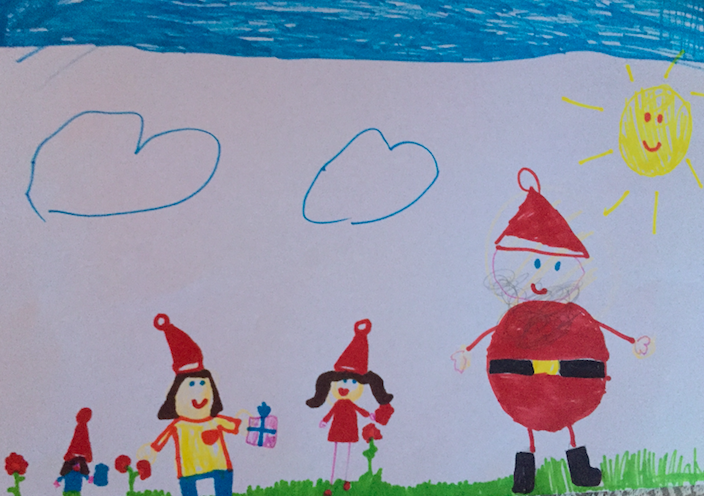 Of course, those who don’t believe are also capable of creative play but does pulling the wool over our children’s eyes erode trust? David Kyle Johnston is Professor of Philosophy at the University of Pennsylvania. He says that encouraging children to believe in the Santa lie discourages critical thinking. “Think about what many parents do to keep kids believing. When a child brings doubts, parents often encourage the child to stifle those doubts and continue believing: ‘Just believe what you want to. After all, isn’t that more fun?’ They will sometimes plant false evidence or simply say…he’s just magic.”

A lot of parents face the dilemma of being straight up with their children to save them the embarrassment of defending Santa’s existence on the basis that ‘my mother wouldn’t lie to me.’

We now live in a society that exposes us to other cultures and religions that don’t cultivate the same Santa story. Our children are less innocent now, they grow up quicker and are more likely to question things.

But maybe there is a gentler way of approaching this conversation that doesn’t burst their childish bubble too abruptly. What if we could transition our children from receiving presents from Santa to ‘becoming’ a Santa. 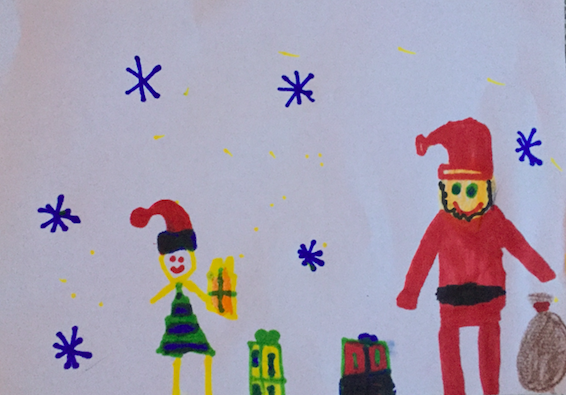 That way it isn’t the lie that gets discovered but a secret they are now included in which should foster the importance of good deeds for no recognition — essentially what the spirit of Christmas is all about.

I’m a firm believer in keeping the magic alive as long as possible. I plan to sit my children down when they approach me about it and explain that their heart has grown and it is time to be a Santa.

I’ll encourage them to find out what someone needs, a teacher, a friend or a cousin and find that gift, wrap it and leave it for them. They should feel  proud they have brought happiness to someone who needed it while also feeling they have gained something rather than lost the idea of Santa.

The idea of giving without receiving and enjoying the feeling of doing good for no reward is special and an important lesson.

I dread the day the magic loses some of its sparkle for my trio — but at least this way the spirit of Christmas lives on while teaching them to grow their kind hearts that bit bigger as they mature.

And let’s be honest, the magic never really fades when you look up at that sky on Christmas Eve, does it?

This article was originally published in December 2021.

Who are you doing all this for? Our obsession with creating a ‘perfect’ Christmas