“We wouldn’t expect people to carry around toilet paper or soap, so why are we expecting them to carry tampons and pads? We need to challenge the idea that these are luxury items. Periods are a normal part of life, they are not a luxury, and they are not something to be embarrassed about. For too long, women’s health in Ireland has been something that is talked about in hushed tones, without proper engagement with those actually affected.”

As a Labour councillor – and senator since 2020 – Rebecca Moynihan has campaigned for marriage equality, repealing the eighth, affordable housing and putting local communities at the heart of town planning. It’s arguably her menstrual crusade that she’s best known for, though: the stalwart determined to move forward a bill that legally obliges schools, colleges, universities and other educational facilities, to provide free, universal access to menstrual products.

“For too long, women’s health in Ireland has been something talked about in hushed tones.”

But Moynihan’s journey is long, and it ain’t over yet. In 2018 Dublin City Council passed her proposal to provide free sanitary products across council-owned buildings, although it wasn’t until the following year that this was implemented, after securing €100k in funding. Fast forward to January 2021 and her Bleedin’ Justice campaign expanded this legislation to include educational settings so that no student is penalised for, essentially, having a uterus.

“Research shows that lots of young people don’t go to school when they have their period because of pain or difficulty accessing period products,” says Moynihan. “The idea that anyone would be prevented from attending school, or work, solely because of a lack of access to suitable products is unacceptable. I want everyone to be able to easily access period products and not have financial inequality hold them back.”

A key part of her 2021 campaign, inspired by legislation in Scotland – the first country in the world to enshrine universal access to menstrual paraphernalia into law – was an online public consultation survey. “We launched the survey on January 25 and within only a few days thousands of people had filled it out. We received an incredible response, receiving some really great suggestions and ideas. So many people are contacting me to share their experiences.”

Having a two-way conversation is likewise embedded into her bill, requiring schools, institutions and public bodies to engage with those who use its services. “Consultation is key,” she says.

“There’s no point in a school stocking up on pads when the majority of people are using tampons or mooncups, for example. That’s why my bill asks for institutions to engage period product users on what type of products that’d like to have easy access to.”

On a practical level, what “access” looks like will be up to individual institutions, that’s not for the government to micromanage. Some schools might choose a free-for-all basket of items in bathrooms, others might prefer a sign-out, stockroom system. “This is why my bill obliges each public body to consult with their users, so together they can decide where is best to access these items. And on a wider scale, we need to link in with the various charities to include State access to all vulnerable people, including those experiencing homelessness or in Direct Provision. Access to period products means access for all.” 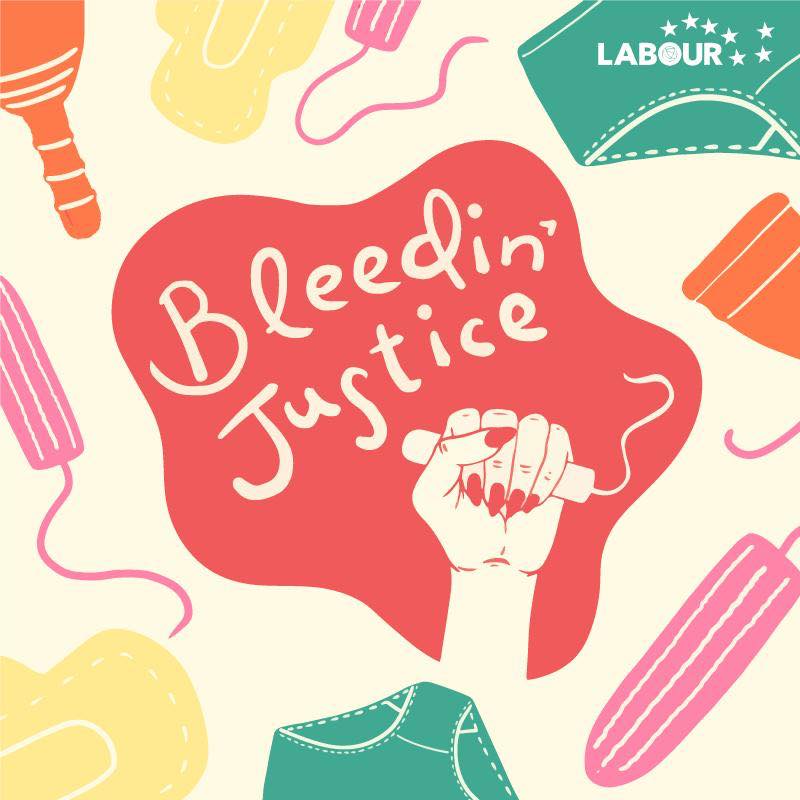 Unfortunately, her bill has just been usurped by a less comprehensive one: “a cuckoo bill,” as cleverly coined by Una Mullally in The Irish Times, put forward by Fianna Fáil senator Lorraine Clifford-Lee. Such duplication of resources is inexplicable to many. But for those who work in politics it is commonplace and often how things get done. So while Clifford-Lee’s bill has passed in principle, it must next go to a committee then the Women’s Caucus then Dáil before returning back to the Seanad. Multiple revisions will be made, and could well end up being closer to what Moynihan had in mind from the outset.

Certainly she’s nothing if not patient, nor is she precious about to whom the ‘winning’ bill may eventually be credited. All that matters, she says, is getting these products out there to everyone.

“There’s still a lot of work to be done,” she says. “The bill just passed allows the minister to make regulations, but it doesn’t have underlying principles, such as free access, consultation with users, universality and sustainability that are in my proposal. It must be comprehensive for it to be meaningful.

“Everything depends on having cross-party support so I would still urge everyone to contact their local senator, asking them to make Bleedin’ Justice the law.”

Only then can Moynihan turn a page on her long-running mission to put women’s menstrual health first, period.