From humble beginnings in a mobile home to the thriving business we see today, Ballyseedy Home & Garden Centre has been a complete labour of love for local woman Bernie Falvey.

Set to celebrate quite a milestone birthday this year, 2022 marks 30 years in business for the popular Kerry shop which now employs over 100 people around Munster. Here, Bernie talks to IMAGE about how she brought her amazing vision to life.

Starting her journey by studying horticulture in An Grianán in Co Louth, Bernie describes it as “a tremendously grounding course”. “Every aspect of horticulture was covered,” she tells me, later adding that it was actually a close family member who encouraged her to get into this line of work. “I was inspired by my uncle, Dermot Kerins, who gave me a deep and passionate love of plants from a very early age.”

A keen gardener and plant enthusiast, Dermot specialised in introducing various heather varieties into Ireland. He opened Fernhurst Nurseries in 1989 and three years later, he sold the business to Bernie.

Opening a garden centre seemed like the next natural course of action and it was definitely a case of right time, right place for Bernie who jumped an opportunity to buy the now Ballyseedy. “Seeing the value of the knowledge I had gained in my own life made me want to share that with others. It was also important to me, as a woman, to be financially independent and changing circumstances in my personal life meant that things just fell into place.”

Fernhurst Nurseries was renamed Ballyseedy Garden Centre, and a new chapter began for Bernie. Ballyseedy Home & Garden was established in 1992 and their flagship store can still be found nestled just a few minutes outside Tralee. Later adding a seated indoor and outdoor café to their offering, the group also operates three additional cafes in partnership with Dairygold – one in Raheen, Co. Limerick, and most recently Midleton and Carrigaline in Co. Cork.

Asked what her mission as a woman in this industry is, the proud Kerrywoman says that Mother Nature is the driving force behind it all. “In my world, it’s all about the importance of being connected to nature, the healing that comes from it and sharing that passion and belief system with my customers.”

Starting each day with a short meditation to calm her mind and help her map out her day with clarity, Bernie’s passion for what she does is palpable. “Plant quality and care are always high on my list. The greatest satisfaction at the end of my day is knowing that Ballyseedy and the team have made a difference,” she says before laughing, “I just LOVE taking care of plants.” 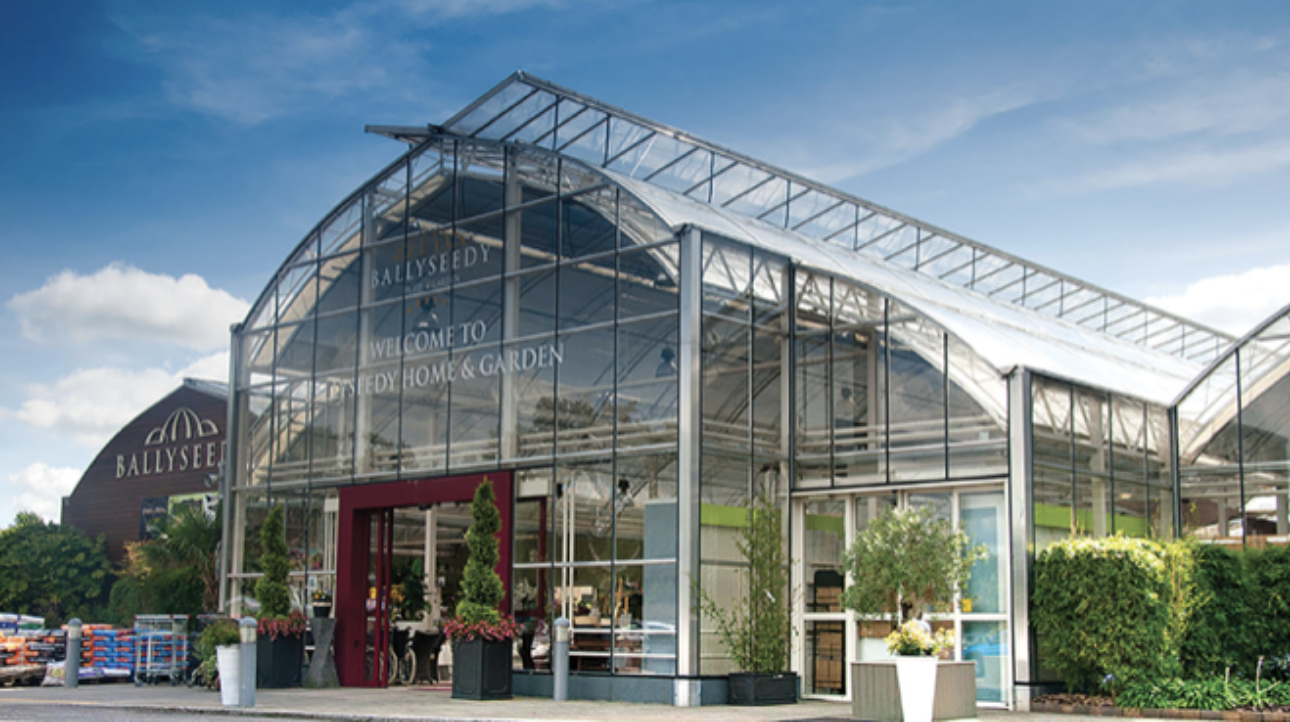 It hasn’t always been smooth sailing though and starting out as a female entrepreneur in the early 90s was difficult, to say the least. “Back in 1992 when I started out first, women in business were not taken seriously by the financial institutions. Trying to get funds to grow the business was an extraordinary challenge.” She persevered despite the roadblocks though and 30 years later, has a thriving business to show for her hard work.

What advice would she give to someone starting out in the industry? Pick a passion and go from there. “It is very important to decide on a product you’re totally passionate and knowledgeable about. Sticking with that product and continually researching that product and becoming better and better is how you succeed.”

As in other sectors, there’s been a huge shift in supporting homegrown recently – especially since Brexit and the onset of the pandemic. Noting their own efforts in championing Irish wherever possible, Ballyseedy’s inventory is made up largely of locally-made produce from plants to wellness products, organic seaweed-based plant feed and even peat-free compost.

The team even went one step further with their commitment to Irish suppliers and aligned themselves with the Design and Crafts Council Ireland’s (DCCI) “Made Local” campaign during the pandemic – something that proved to be “very successful”, according to Bernie.

Now hopefully over the worst of the past few months, 2022 looks brighter for everyone and after three decades in business, Bernie has achieved most of the things on her professional bucket list by now. This year it’s about enjoying her success and spending time with family, of course – her four lovely grandchildren, in particular.