Have no plans for this evening? Same.

If you feel like you’ve already reached the end of Netflix and can’t bear the thought of trawling through the channels while avoiding all US and Brexit news, or simply don’t want to look at a screen at all, here are our picks for podcasts, books, TV and films to watch, stream, listen to and read this evening.

The first Dublin Bowie Festival was held on January 8 and 9, 2016. On January 10, the world learned of David Bowie’s death.  “To hear the news after a weekend of Bowie love was heartbreaking,” says the Dublin Bowie Festival’s website. “Fans who had travelled from all across the UK and Europe were still in Dublin and alongside our domestic followers, we pulled together a vigil that night to honour our hero. Gerry Leonard (Bowie’s guitarist) was still in Dublin and came to our vigil that night and we sang and cried and comforted each other deep into the night.” Five years on, the Dublin Bowie Festival continues; this year, with a week’s worth of events to attend virtually. It’s the 50 year anniversary of Bowie’s Hunky Dory album, which includes Life On Mars so suitably, you can attend a talk from Dr Niamh Shaw titled ‘Is there Life On Mars?’, or watch author and Bowie expert Nicholas Pegg interview a team of Hunky Dory collaborators including drummer Woody Woodmansey, pianist Rick Wakeman and producers Ken Scott and Tony Visconti on the stories behind the music. Find out more and buy tickets here. 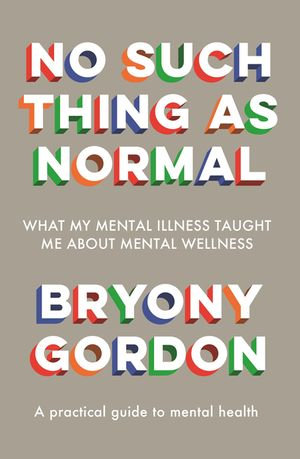 No Such Thing As Normal, by Bryony Gordon, released January 7

Bryony Gordon’s latest couldn’t have come at a better time. Talking all things mental health, she’s sharing her advice for everything from sleep and addiction to self-image, mindfulness and setting boundaries.

Read more: We asked 5 teachers about the decision to keep schools closed

Read more: How to find the last of the sale gems