In need of ideas on how to spend your evenings this week? Here are our TV and movie picks, streaming site additions, new books and podcasts, and live events to keep up with.

Tonight there’s a historical film and a debut book, Tuesday is a documentary into Ireland’s handling of the third wave of COVID-19, Wednesday sees the drop of one of Netflix big original films starring Tom Hanks and Thursday is a sitdown with The Handmaid’s Tale‘s Margaret Atwood. 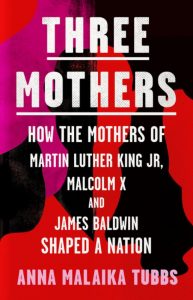 New to bookstores is Three Mothers: How the Mothers of Martin Luther King Jr,. Malcolm X and James Baldwin Shaped a Nation. A debut book by Anna Malaika Tubbs, it refocuses the lens of history on the women who raised some of the central players in US Civil Rights history, from leaders like MLK and Malcolm X, to writers like Baldwin.

All born at the beginning of the 20th century during a very volatile era in American history, this book celebrated Balck motherhood through Berdis Baldwin, Alberta King and Louise Little.

Based on the true story of Desmond T. Doss, a WWII soldier who refused to take up arms for religious reasons. Played by Andrew Garfield, he is ostracised by his fellow soldiers but won the Congressional Medal of Honor for saving 75 men from Hacksaw Ridge during the Battle of Okinawa without firing a single bullet.

Going inside Tallaght University Hospital during the peek of this third wave, RTÉ Investigates speaks ot frontline staff about the challenges they face, front he sheer volume of patients, lack of required tools and loss of co-workers to the the virus.

News of The World, Netflix

Five years after the end of the Civil War, Captain Jefferson Kyle Kidd (Tom Hanks), a veteran of three wars, now moves from town to town as a non-fiction storyteller, sharing the news of presidents and queens, glorious feuds, devastating catastrophes, and gripping adventures from the far reaches of the globe. It’s available on Netflix from today, you can watch the trailer here

An oldie but a goodie comes to SKy Comedy this evening, the form of Laura Dern’s 2011 HBO show, Enlightened. She plays a self-destructive woman who, following a nervous breakdown at work, is forced to re-evaluate her life. A holistic retreat inspires her to completely change her perspective on life, but her old friends and colleagues are baffled by the sudden change.

The Guardian Book Club Live welcomes author Margaret Atwood this evening to discuss the first novel in her dystopian parable Maddaddam trilogy, 2003’s Oryx and Crake. Interviewed by chief books writer, Lisa Allardice, it promises to be an insightful look into one of the most influential voices in contemporary fiction. It starts at 7pm an tickets (priced between about €7 and €18) are available here.