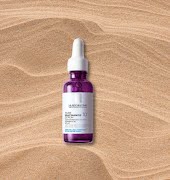 IMAGE.ie’s guide to what to watch, stream, listen and read this October.

It’s been a while since we saw Kendall Roy betray his father, but Succession is finally back on our screens with what promises to be a third season full of drama and memorable one-liners.

You can expect tension to be high from the fallout of Kendall’s actions, but what else would we expect from this most cutthroat of families? Tune in at 9pm on Sky Atlantic.

The latest instalment in the American Crime Story series that explores some of the most monumental moments in recent American history, this time it focuses on the impeachment trial that came from Bill Clinton’s affair with Monica Lewinsky.

Beanie Feldstein plays Monica Lewinsky, who was a producer on the series. It promises to show her in a more accurate and rounded way, as opposed to the vilified figure she was in the press at the time. You can watch it at 9.15pm.

Callan Kicks the Years, RTÉ One

Impressionist Oliver Callan will be adopting the personas of some of Ireland’s most memorable figures, from politicians to historical figures in this new six-part series.

Directed by Denis Villeneuve, it tells the story of a young man who has to travel to the most dangerous planet in the universe to ensure the survival of his people. The trailer alone promises plenty of action.

This new series tells the story of an extra-terrestrial invasion of earth. We see families fleeing their homes, cities completely black out, and some solider fighting an incomprehensively large being in the trailer, so you can expect some nerve-wracking watching.

Gwyneth Paltrow is back on our Netflix screens, but this time she’s focusing on sex and relationships. The series sees real couples work with experts to explore their bodies and improve their relationships.

Scenes from a Marriage, Sky Atlantic

The highly-anticipated Scenes from a Marriage made its Sky Atlantic debut just yesterday. An English language remake of a 1973 Swedish mini-series of the same name, the series stars Jessica Chastain and Oscar Isaac as Mira and Jonathan. On tour to promote the series earlier this summer, the duo put on quite the show at the Venice Film Festival… and even though we know they were acting, that one particular red carpet moment has us unbelievably excited to see them play an onscreen couple in the show. I’ve said it once and I’ll say it again; Gaga and Cooper walked so Chastain and Isaac could run.

New to Netflix today, Little Fish boasts an impressive 91% rating on Rotten Tomatoes. The fourth feature film from director Chat Hartigan, it’s a sci-fi romance set in a near-future Seattle “teetering on the brink of calamity”.

Opening in the midst of a global epidemic (scenes which, admittedly, hit a little too close to home), the story centres on one couple’s love story which helps to illustrate the “strength of human connection in trying times”. Like I said… all too familiar given the turmoil we’ve lived through this past year. Olivia Cooke, Jack O’Connell, Soko and Raul Castillo lead the cast.

As the designated “spooky season”, October watching is dominated largely horrors with Disney+ amping up their selection to include Just Beyond, an eight-part anthology series that tells astonishing and thought-provoking tales of a reality just beyond the one we know. Each episode introduces viewers to a new cast of characters, who go on a journey through a supernatural world of witches, aliens, ghosts and parallel universes.

Inspired by the writings of RL Stine – the author behind the popular series Goosebumps – the series also deals with pertinent teenage topics such as bullying, peer pressure and anxiety… just with a more magical element.

Coming to Sky Cinema / NOW TV this Thursday, American Traitor: The Trial of Axis Sally follows the life of American woman Mildred Gillars (Meadow Williams) – a singer and actor who during World War II broadcast Nazi propaganda to US troops and their families back home.

Al Pacino stars as her lawyer, James Laughlin, who is hired to represent Gillars after she’s put on trial for treason. and her lawyer (Al Pacino), who struggles to redeem her reputation. A singer and actor who during World War II broadcast

Penn Badgley returns as Joe Goldberg for season three of You which arrives on Netflix just ahead of the weekend on Friday. The official synopsis for the upcoming season reads as follows: “Joe and Love, now married and raising their baby, have moved to the balmy Northern California enclave of Madre Linda, where they’re surrounded by privileged tech entrepreneurs, judgmental mommy bloggers and Insta-famous biohackers.

“Joe is committed to his new role as a husband and dad, but fears Love’s lethal impulsiveness. And then there’s his heart. Could the woman he’s been searching for all this time live right next door? Breaking out of a cage in a basement is one thing. But the prison of a picture-perfect marriage to a woman who’s wise to your tricks? Well, that’ll prove a much more complicated escape.” Lots to reel us in again there.

An American social thriller drama starring Naomi Watts, Octavia Spencer, Kelvin Harrison Jr, and Tim Roth, the movie is based on a JC Lee play by the same name. It tells the story of a couple (Watts and Roth) forced to reconsider both their marriage and their family life after an extremely disturbing letter written by their adopted son (Harrison Jr) is brought to their attention by his teacher (Spencer).

A “smart and provocative examination of unconscious bias and race in America” as per the critics. Luce arrives on Netflix this Saturday.

Bringing a mix of big-name comedians and some new up-and-coming talent together for one huge party, Deirdre O’Kane’s new programme is a fresh take on the classic stand-up TV show format.

Back with a live audience for the first time since *all this* began, the five-part series is exclusive to Sky and was shot in Dublin earlier this year. Other acts set to join her throughout include Bill Bailey, Ardal O’Hanlon, Joanne McNally, Jason Byrne, Reginald D Hunter, Neil Delamere, Emma Doran, Des Bishop, Catherine Bohart and Martin Angolo amongst others.

‘Euphoria’s’ Rue humanises addiction, but you should be rooting for more than just her