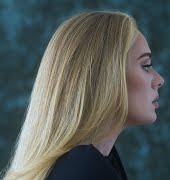 Divorce referendum protest at the GPO Dublin 1986 by Tony O'Shea/Courtesy of Gallery of Photography,

“Tony O’Shea is interested in the moment where the ritual and the casual face each other in the complex light that comes from Irish skies. He likes gatherings and public spaces. And he is watching for the second when, even if his subjects are performing, a guard has been let down, and the camera becomes an uneasy, tentative, hesitant window into the soul. He seeks images of individual loneliness and isolation, figures in a state of reverie and contemplation, or figures in a state of excitement.”

Author Colm Tóbín waxes lyrical in an upcoming photo book, The Light of Day, which gathers together four decades’ of work by monochrome maestro Tony O’Shea.

Shot in locations across Ireland from 1979 until 2019, this 90-image retrospective depicts communities engaged in ritual and camaraderie, such as political rallies, protests and commemorations, as well as lighter fare, including football fans welcoming the Irish team home from the Italia ’90 quarter finals.

O’Shea is also expert in picking out the extraordinary in the ordinary, for instance, capturing a youth carrying a kestrel while on the bus, or a pony painted in polka dots on Smithfield Square.

Shabby inner-city buildings, border-county gatherings and religious symbols create a frisson that’s at once ominous and compelling, while O’Shea’s unabashed subjects remind us how our self-image has been irreversibly transformed by social media.

Read more: Dear Ireland: we chat to some of the country’s greatest artists about their postcards to Ireland