A dilapidated Irish townhouse is reconfigured for contemporary living, all while respecting the fabric of the building inside and out.

“When a terraced building in a rural town is rehabilitated in its context, it reinforces the whole nature and character of the main street”. So notes Peter Carroll of A2 Architects over the phone, as we speak about their completed Clifden townhouse project.

For the townhouse, they worked closely with their client – James O’Toole, a local who Peter says is keenly interested in the health and resilience of the fabric of the town – and both were keen to retain the harmony of the existing streetscape. 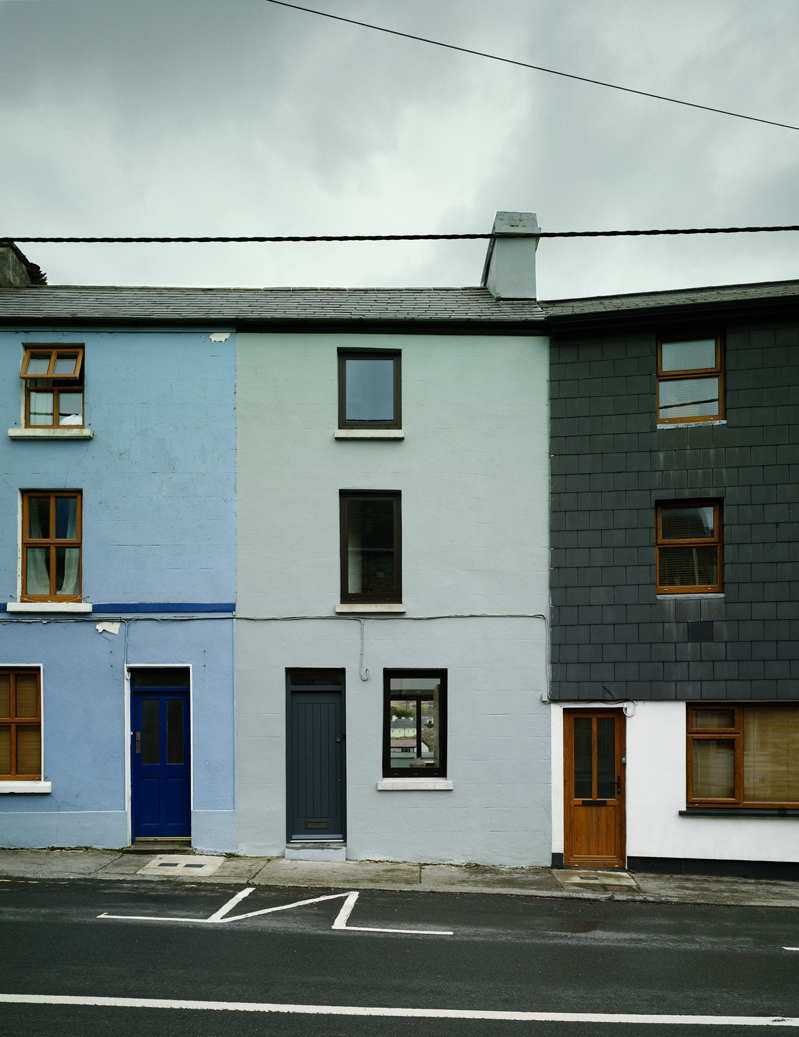 Working with engineer John Britton of Kinvara, they maintained the existing score line patterns on the external plaster and the thickness of the walls, and then painted the exterior a muted green colour that sits quietly along the row. Alongside it are unpainted pre-cast concrete sills and a Galway limestone threshold to the street.

“When you get a property like that you can either knock it or try retrieve it,” says Peter. “It’s conservation work and there needs to be a stronger emphasis on our towns. They are eroding, sadly. Clifden is lucky in that it has a strong tourist base, but there is a huge amount of towns in Ireland suffering due to a lack of love, and a lack of investment.” 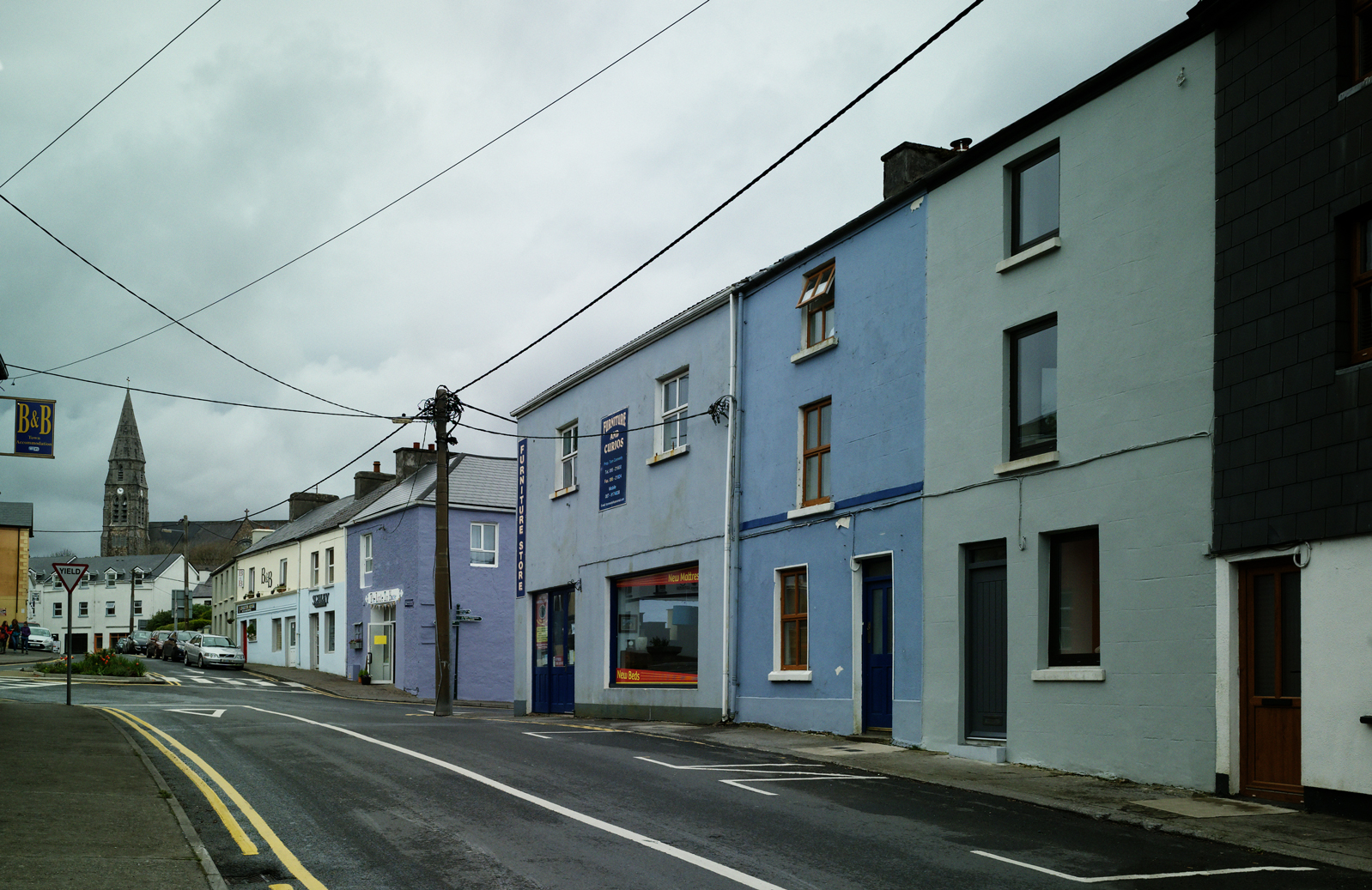 Peter stresses that investment doesn’t need to be too daunting, even when working within Architectural Conservation Areas (ACAs). “I would say the cost per square metre for this house was as efficient as building a similar house in a greenfield site. I always try to assure clients that whatever their budget is, the architect is there to work with the design team to ensure the budget is respected.” 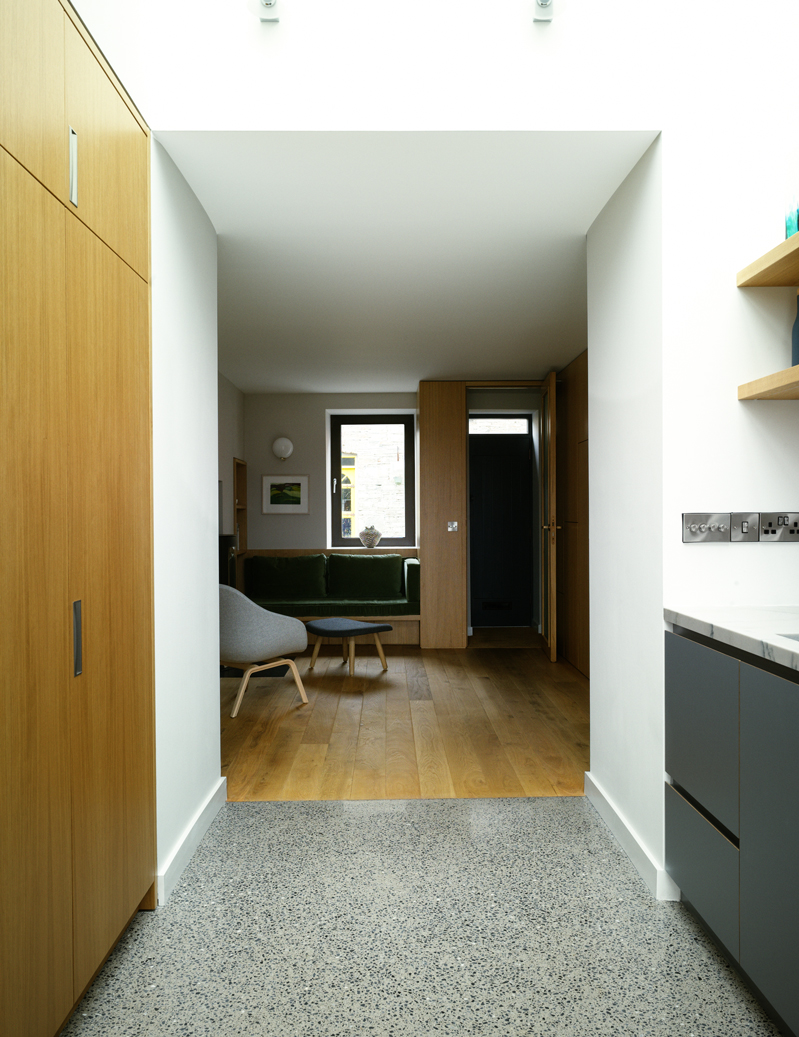 When working within an ACA, you do need to think more carefully about the context, from the window details to the exterior paint, the roof slating to the cornicing, and when it comes to the interiors, your architect can give a measured survey of what is existing, so that you can retain all you can.

“There is a lot of quality in older houses, sometimes you might just require a new heating system or for the damp to be resolved at ground floor, or the roof to be repaired to stop the rain coming in. These buildings are there for 150 to 200 years, so there’s no reason for a destructive approach.”

By listening and looking, A2 Architects were able to save the original staircase, which would be considered too steep by modern building standards, allowing them to keep as much floor space as possible in the narrow 4.5m wide house. 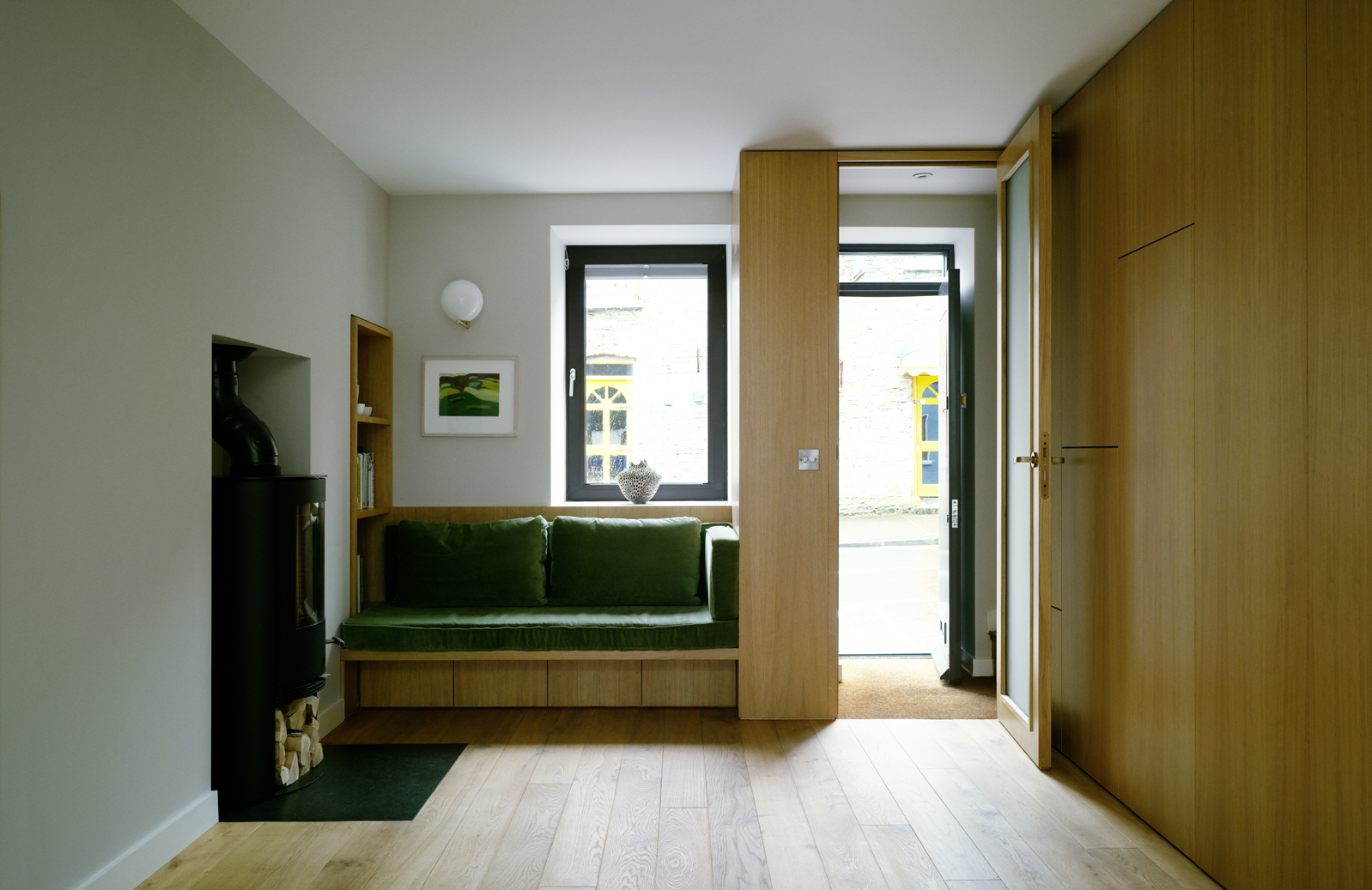 Using the existing nooks and crannies, they built in fitted furniture – such as the sofa and the bookshelves recessed into deep party walls – and introduced clever storage, such as in floor-to-ceiling storage under the stairs, hidden behind oak panels, and drawers under the seats of benches. 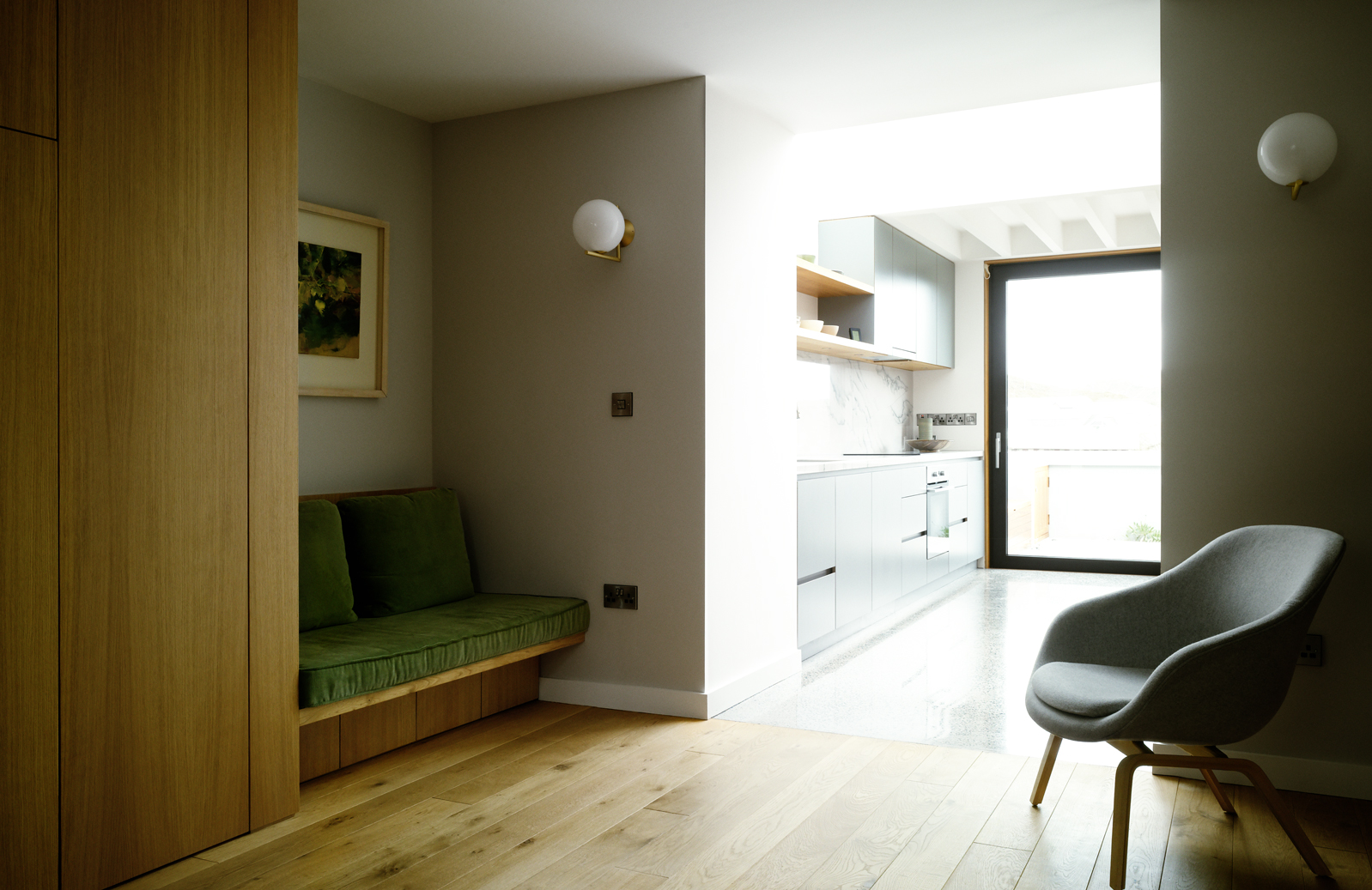 “Much like in Irish cottages where you get a settle bed and built-in seats at fireplaces, in this house, we had a similar desire in that the lobby was the thickness of a settle bed bench, and the cabinet that holds the hot water cylinder and the pumps makes another thickness in the wall, so there is another bench built in. ” 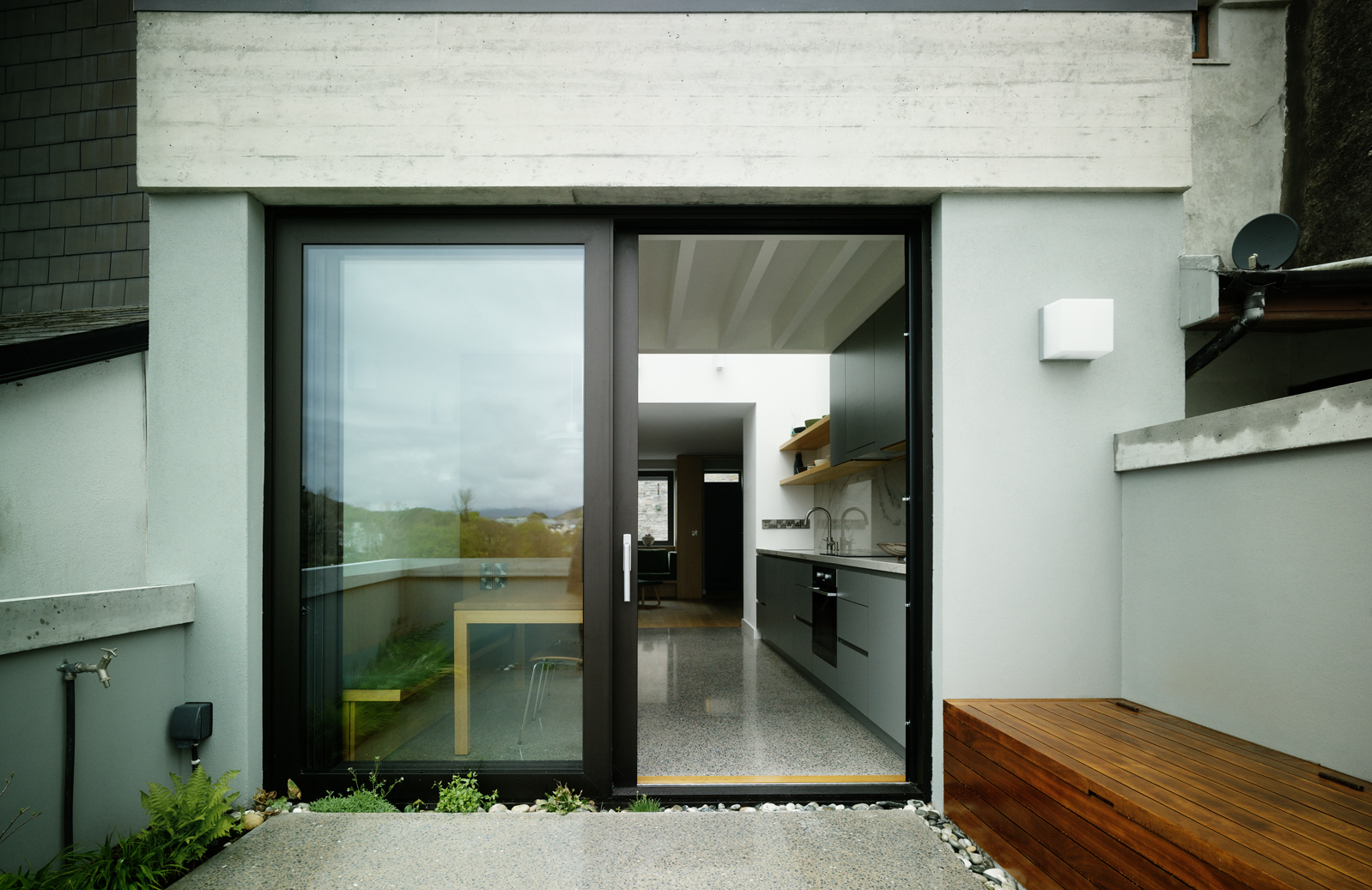 The clients wanted three bedrooms, a decent-sized bathroom, as well as a good kitchen/dining/living space, and for the house to run on all renewable energy. As such, there is an air-to-water heat pump on the roof of the kitchen/dining extension and a stove in the living room that meets the required air-tightness and space heating requirements. Due to the thickness of the walls, it works “incredibly well” says Peter. 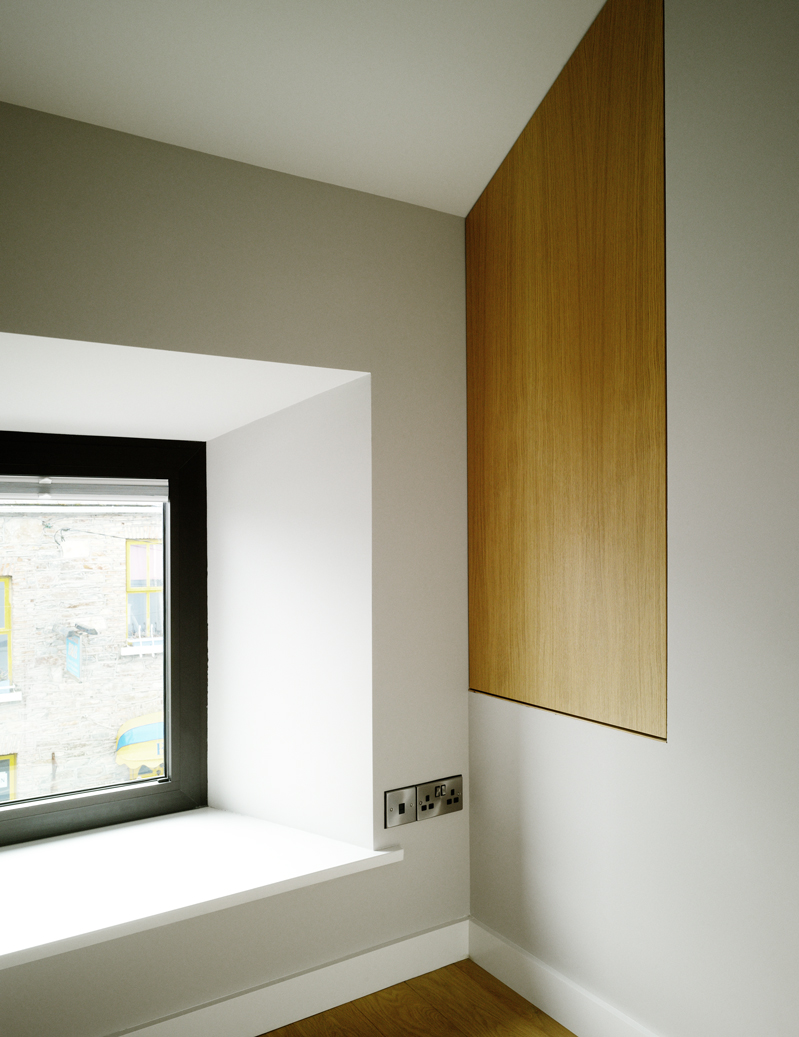 A2 Architects worked with a close knit group of local contractors on the job. “I don’t want to call ourselves of ‘blow-ins’, but being a Dublin practice and myself, being from Limerick City, I was immediately involved with dealing with a very, very good contractor at Sean Burke Construction, and all of his incredible team of sub contractors.” 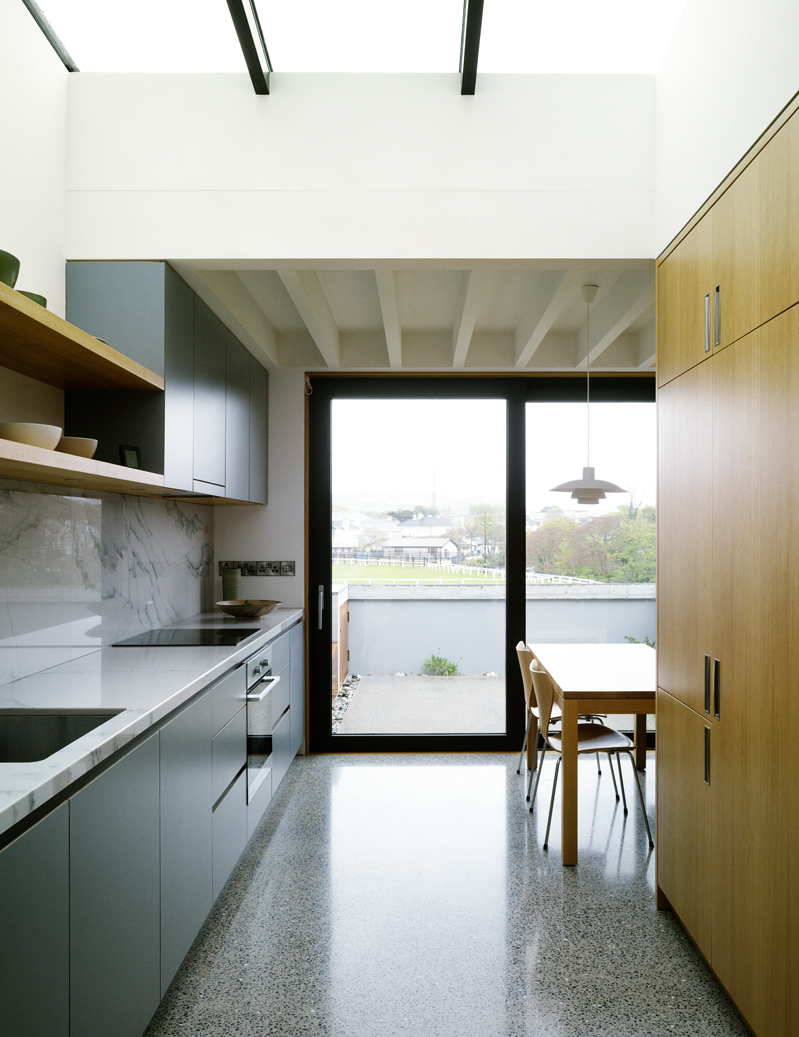 Peter praises Billamore Woodcraft in Oughterard who did the kitchen and built-in furniture in the house. “They were an absolute dream to deal with, as well as Tim Gough, who was the local plumber, Lohan Joinery who did the internal wood doors and external wood door, and Denis Gibbons and Daniel Gibbons, who were the electricians. It pays to seek out local contractors and sub contractors, as you know you’re going to get quality.” In a small town, you’re only as good as your last job. 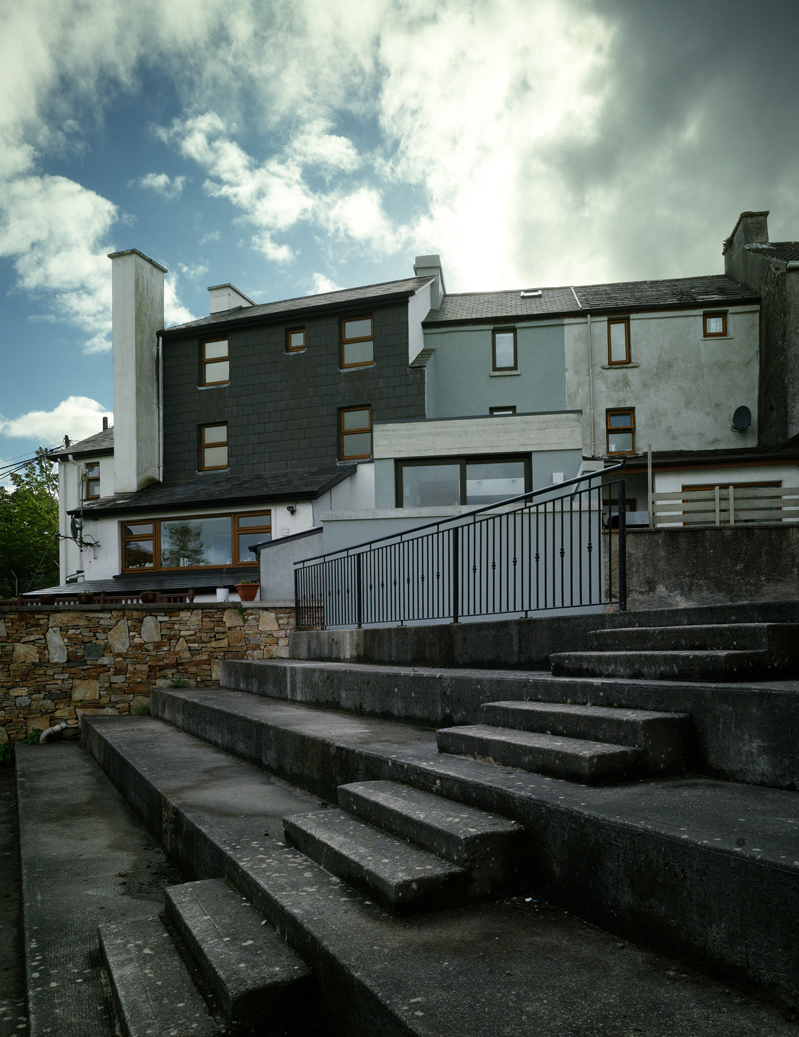 Attitudes to rural town living has changed quickly over the last few months. “We’re all taking a closer look at the opportunities of community. We need to become more local. We’ve become very forensic in our understanding of what is local, we all know what we have within 2km.”

Huge benefits come from proximity and it’s something Irish towns can offer. “A lot of these 19th-century towns have fine structures and public spaces that are generous and allow for community,” Peter says. However, he stresses the biggest difficulty is traffic. 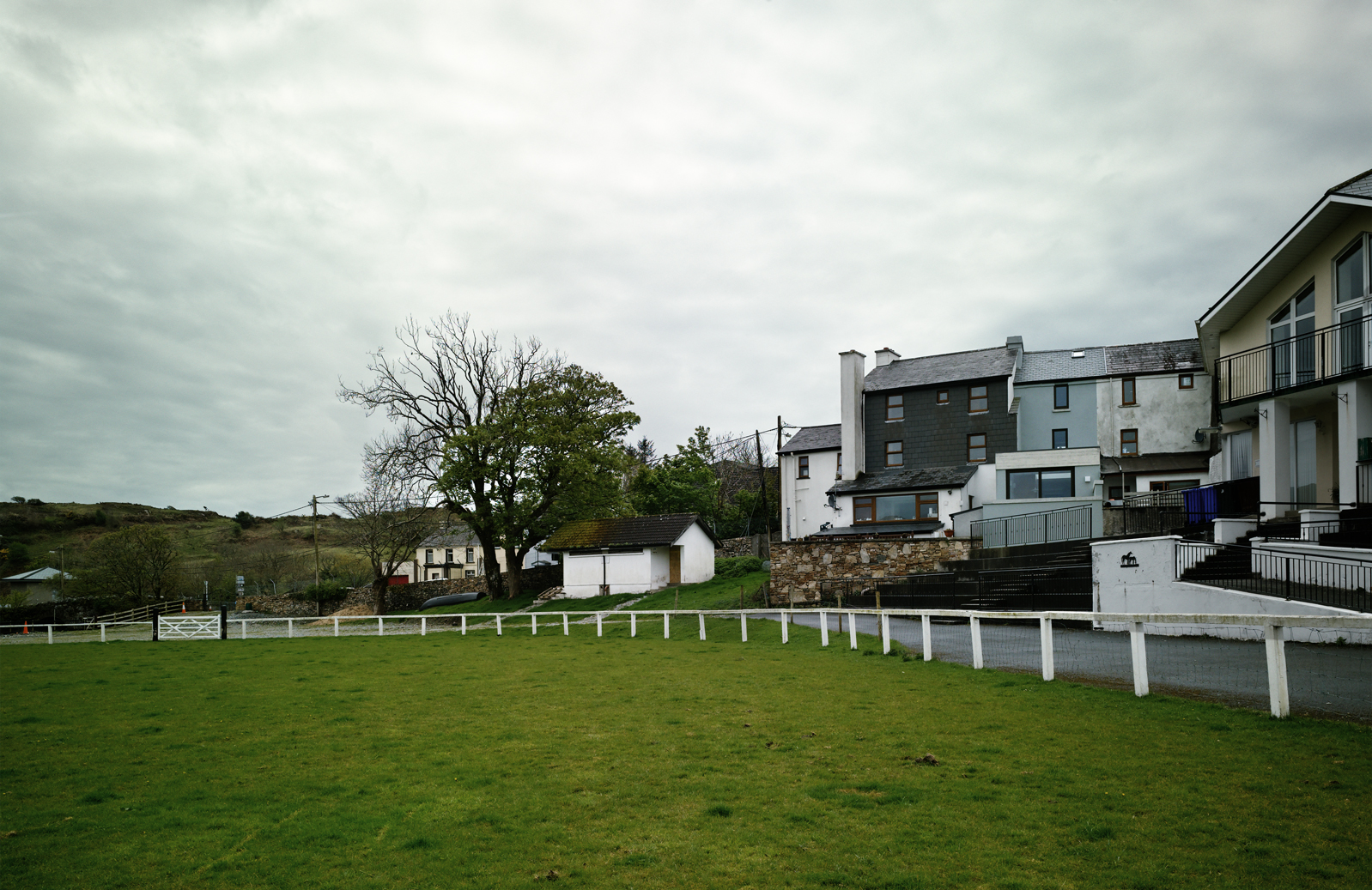 “Over the last two weeks, Clifden has been inundated with holiday makers and that’s understandable, but there needs to come a point when we stop prioritising travel and cars, and the bias needs to be weighted more towards those who live in a place, and the use of bicycles, and other forms of transport.”

Rural Irish towns were not designed for the inundation of cars and car parks. “I would be a strong proponent of everything that Free Market has tried to do through the Venice Biennale. I think it’s been an incredible emphasiser of where we need to go and how we need to reimagine our towns.”

Read more: A plain extension in Dublin 8 provides a blank canvas for a design-minded couple

Read more: 4 homes with shopfronts for under €150,000 to jumpstart that business idea

We have no shortage of beautiful sandy shores, so here’s...

This Sandymount home with impeccable interiors and a huge garden is on the market for €3.5 million

The four-bedroom home is spacious inside and out, with a large conservatory and sought-after location adding to its appeal.

Watch: The explosive trailer for Line of Duty Season 6 is here

This Rathgar home with separate coach house, is on the market for €2.95 million

Situated in a private enclave of houses, this four-bed home has large reception rooms, a games room, and a two-bed coach house to the rear.