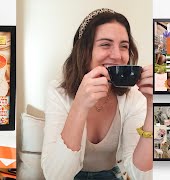 Hooked on The Crown and don’t want it to end? Line up The Queen’s Gambit as your next period drama of choice and you won’t be disappointed.

The Queen’s Gambit is a period drama about a chess prodigy, though you don’t need to know much about chess or like it to get some kicks out of this Netflix Original.

Following a decade in the life of the fictional Beth Harmon, played by Anya Taylor-Joy, she’s a young girl growing up in an orphanage in 1950s Kentucky. Beth begins to play chess with the janitor, who quickly realises her prodigious talent for the game and encourages her to train with the local chess club. 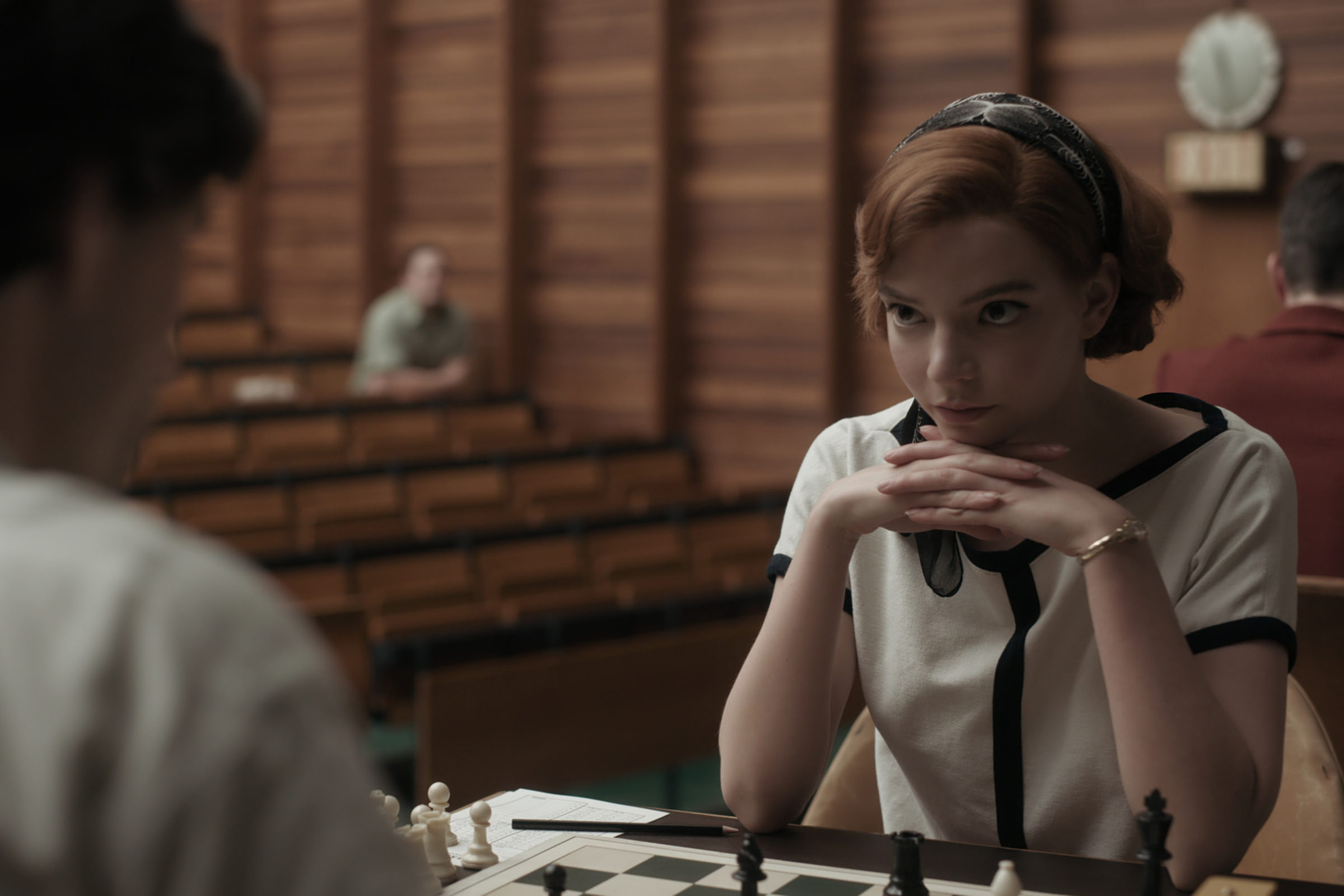 The seven-part series follows Beth through her most formative years both as a chess player and a person, as her childhood traumas haunt and stunt her. Her chess reputation soars but her actions away the chessboard show an imbalance between her prowess with a piece in hand and her naive, destructive behaviour. She struggles with gaining friends and trusting others, using drug use from a young age.

Based on a 1983 novel of the same name by Walter Tevis, it manages to dodge a number of cliches about a young, gorgeous woman in a male-dominated chess world might throw up. She doesn’t relish being “one of the boys” and is actually fascinated by other women, whose kinship is key to Beth’s survival throughout the series. 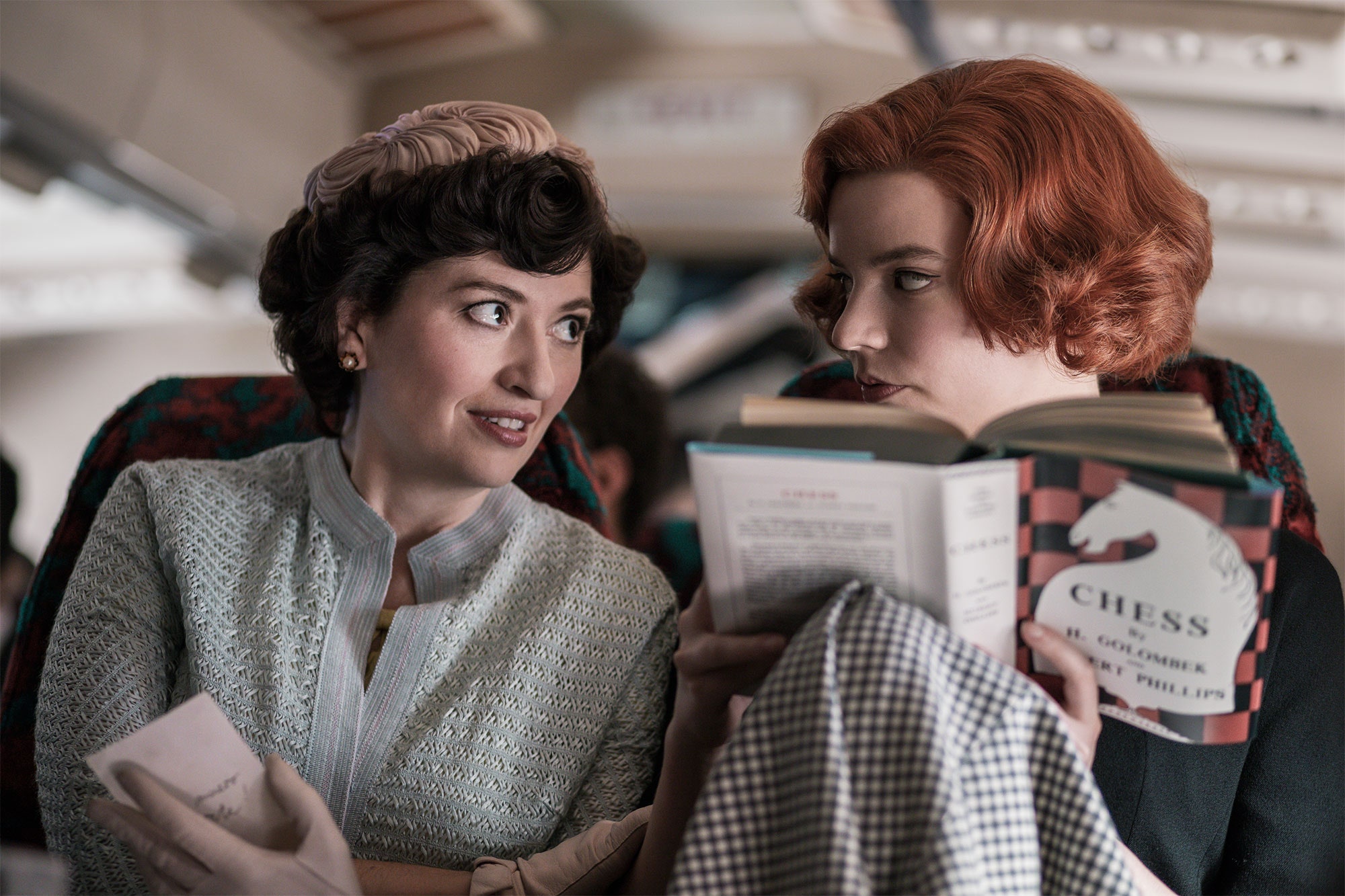 Her relationship with her adoptive mother Alma Wheatley is both calculated and incredibly loving, displaying the complexities of both women through the many layers of their relationship.

As someone who knows precisely nothing about chess, the competition scenes (of which there are a lot) are thoroughly enjoyable and interesting and, from what I’ve read, very accurate. 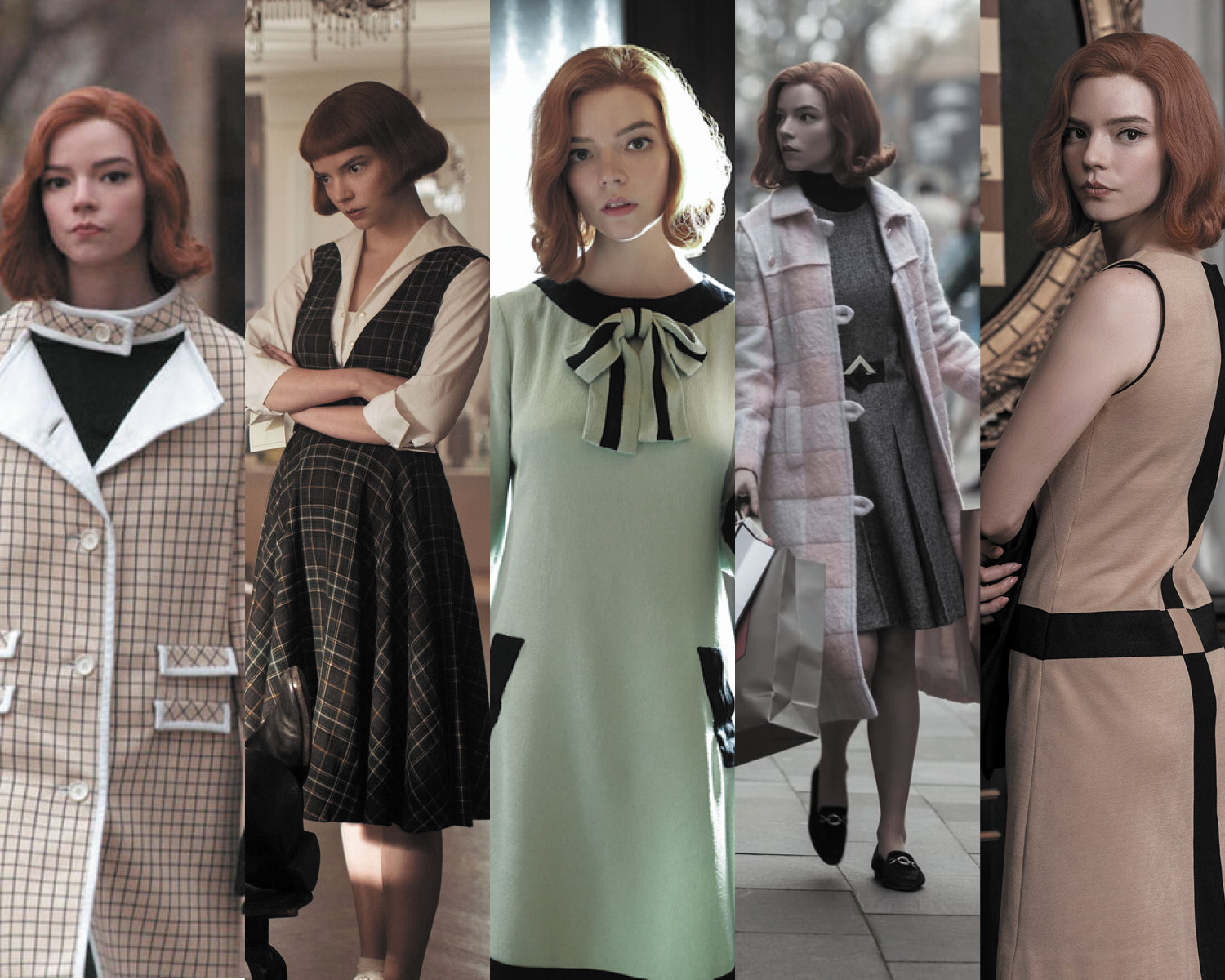 However, the real elements that bring this period drama to the next level are the set and costumes. Beth has a love of fashion and her style in the series is breathtaking. From chic hats and amazing coats to beautiful dresses and dainty brogues, you will want to hit the charity shop after watching it and hope you pull off one of her 1950s numbers. 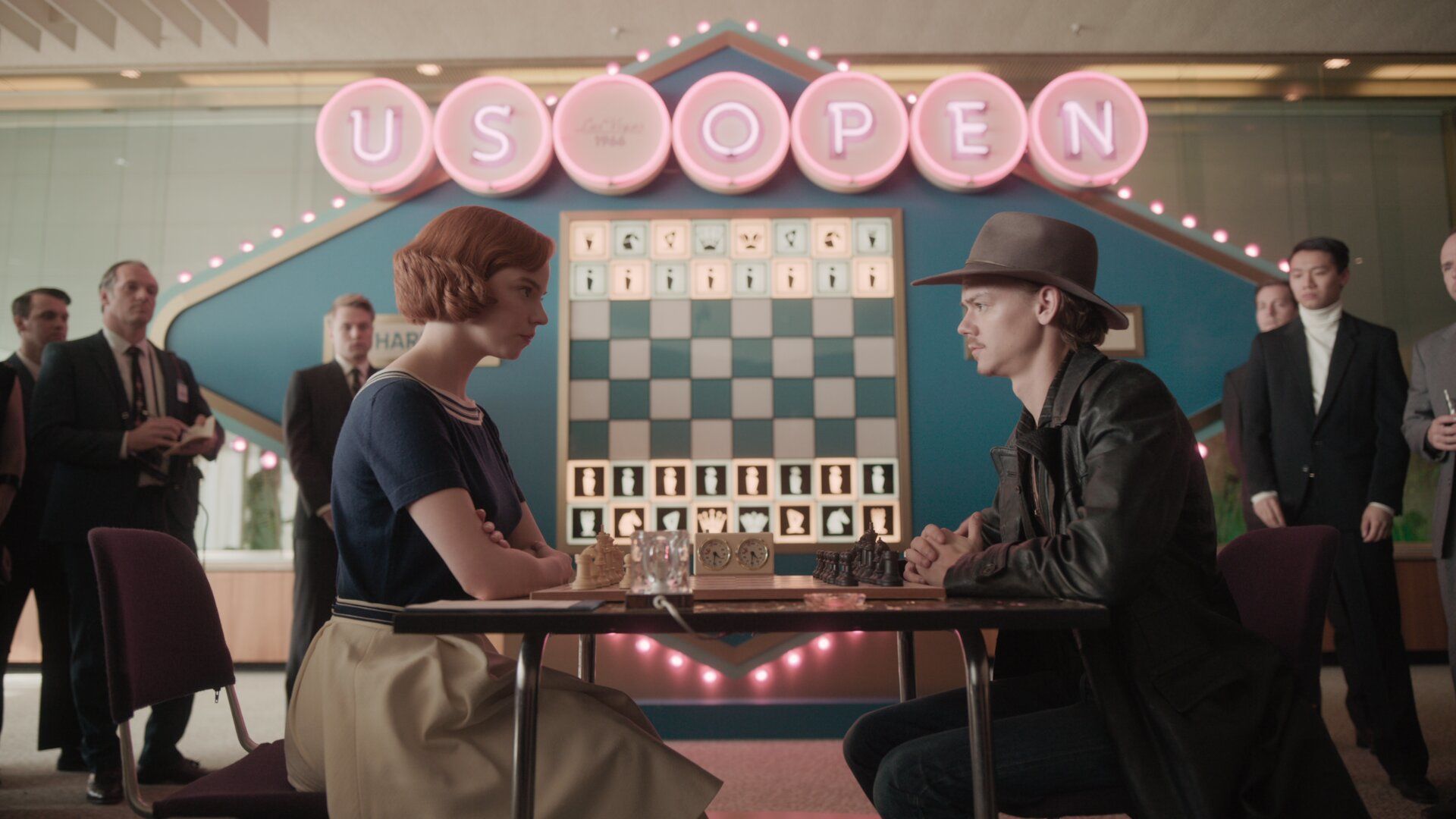 From the austere orphanage and the unhappy Wes Anderson-like suburban home in Kentucky, to the mid-century vibrancy of Mexico and the demure excess of Paris, the sets of all of Beth’s competitions are stunning and really give you a sense of place. 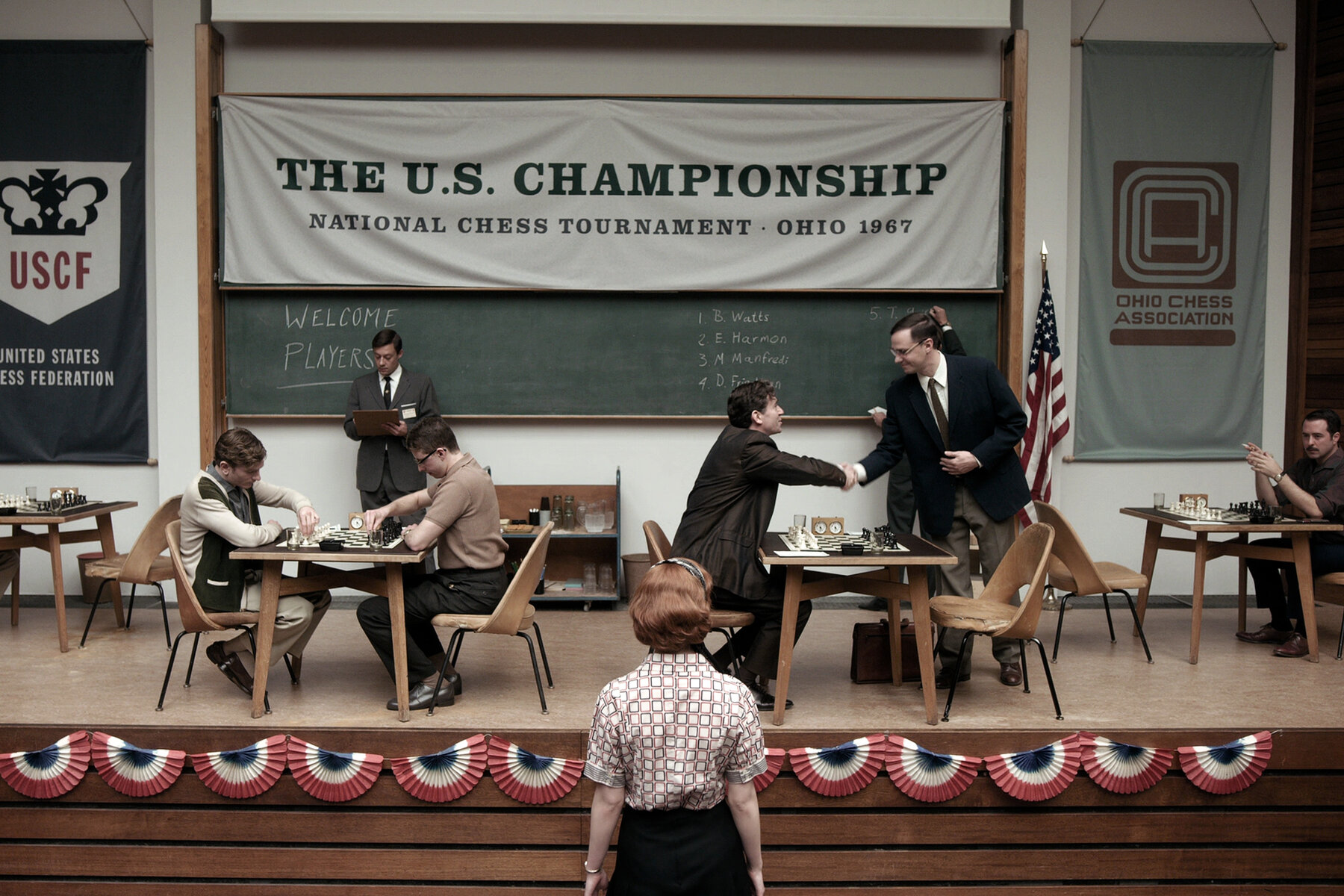 A magnificent curved staircase and flashing pink and blue neon welcome you to Las Vegas, while the sludgy tones of the US National Championship point to how underfunded the American professional chess game was. You could probably watch this show on mute and still enjoy it, but thankfully the acting hold up to the visuals, especially from Beth’s Anya Taylor-Joy who appears so hardened and yet so brittle. Her survival is never certain, never mind her success.

Much like The Crown, The Queen’s Gambit is clearly a show that’s been cared for, where every detail has been considered, all the right experts brought on board to make the watching feel as seamless, subversive and addictive as possible.

All imagery courtesy of Netflix

Read more: I spent the last month binging rom-coms on Netflix and Amazon Prime: Here are my 15 favourites