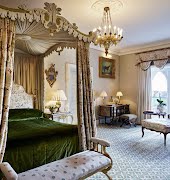 ‘I was not prepared for how abandoned by friends I would feel after having a...

If you haven’t heard of shou sugi ban, you’ve certainly seen it – charred larch timber cladding on the exterior of houses and new extensions. Here’s why it’s such a great material to work with.

It sounds like a bad arson joke, but it’s true. Expect to see charred and blackened wood popping up as exterior cladding, furniture, flooring, and even in bathrooms as this imaginative DIY project proves.

We first fell in love with shou sugi ban, as it’s called, on the exterior of Studio Red’s exquisite Blackened Timber House in Co Meath, featured above. Shortlisted for an Irish Architecture Award, the house has been clad in charred larch, both protecting the house thanks to the water-proof properties, and helping it settle into its rural surroundings.

However, we hadn’t seen it used internally until we featured the home of couple Douglas Carson and Rosaleen Crushell in 2018. Founders of architecture firm Carson & Crushell, they were renovating their Victorian Rathmines home from the ground up, excavating the basement to create a master bedroom, bathroom and nursery and reorganising the ground floor into a functional family space.

They reserved the first floor piano nobile for their office space and decided to convert the small room next door into a petit guest room. However, building the guest room ensuite in a small sliver of space without any natural light was a challenge they embraced.

Sho sugi ban is a traditional Japanese art of charring wood, and Douglas decided it was something he’d like to try himself. Burning the timber hardens it, creating a textured, driftwood effect that’s very durable and waterproof. “I had some white deal shiplap and a roofing felt torch, but it worked rather well for building a bathroom, once I mastered the art, which is not without its perils,” laughs Douglas.

The process of sho sugi ban begins by choosing your timber, cedar works best but pine, maple, and oak can work just as well. The timber is then burned using a high-intensity flame. The soft exterior wood is burned off, exposing the ripples of blackened hardwood underneath. Then, the wood is cleaned (brushing in the direction of the grain) and a couple of coats of oil are added before it’s burned briefly once again to seal everything in.

Douglas began the project by buying the largest shower tray he could find, and then built the charred timber around it, right up and onto the ceiling to create a clever little wetroom. The result is a very cool, functional, cost-effective shower room in the corner of the guest room.

Full of distinctive features and with an impressive Japanese-style back...

Need more space? A garden room may be exactly what...

As interest in tiny homes rises, Emma Dwyer meets a...

After a long winter confined to our own locality, we’re dreaming of a summer escape, and Ireland’s beautiful coastline gives us plenty of great options.