Join Graham Norton on a trip down memory lane as he remembers the Christmasses of yore – many of them he'd much rather forget.

Chatshow host Graham Norton worked as a waiter when he first moved to London, and he often worked right through the festive season. Here, in an essay he wrote for the book Last Christmas, he remembers the out-of-control office parties of the ’80s — and the disenchantment and exhaustion that ensued when he returned home to Cork.

It was the winter of 1984 and I had just arrived in London, fresh off the boat and bus from Ireland. Despite my greenness, I soon found my ‘big smoke’ feet and was working in a restaurant in the impossibly cool Covent Garden. Michael and Shakira Caine had been seen leaving Carluccio’s across the road; gangs of brazen girls and sheepish boys waited further up Neal Street to catch a glimpse of Matt and Luke from Bros and there was a shop that sold nothing but tea! I might have been penniless but just to walk around Neal’s Yard or Seven Dials made you feel as if you were at the centre of everything that mattered.

The restaurant was called Smith’s and occupied a vast white basement space, where the walls were covered with tasteful art while the customers were served food that was often tasteless. A revolution might have been happening in cooking across the capital, but it hadn’t reached the old-school Irish chef that ruled our kitchen. Even I thought that a special of the day that consisted of white fish covered in white sauce, placed on a white plate along with some rice and potatoes might have missed the mark when it came to sophisticated dining.

Despite our culinary shortcomings, it seemed that businessmen with expense accounts and nearby offices didn’t care. The place was busy and the young, enthusiastic gang of us that waited tables rushed around kicking our long, starched aprons in front of us. As December began, some of the more seasoned staff started to drop hints that Christmas was coming and that was not a good thing. This made no sense to me. I loved Christmas and being a bit busier just meant that we would make more money, surely.

The shop windows began to glitter and coloured lights turned every street into a festive avenue. This was the real thing! This was the winter wonderland that Bandon, County Cork, had tried and failed to emulate. To be fair, when I had lived there just eleven months earlier, I had been entranced by the thin strands of tinsel that snaked around displays of knitted hat-and-scarf gift sets. I would squint my eyes so that the illuminated Santa suspended between the library and Galvin’s pub glittered like the star of Bethlem guiding those wise men.

London was different. It wasn’t just the lights and moving figures waving from shop windows. The city had an energy that bordered on frantic. My mother might have fussed over ordering the turkey but the shoppers on Long Acre seemed to be stockpiling for an unannounced apocalypse. Down in our basement, one glance at the reservations book revealed that the dire warnings had been correct. We weren’t going to be busy; we were going to be overrun. Tables of twelve, fifteen, twenty, all arriving at the same time. Lunch and dinner, it made no difference. For two solid weeks. The apocalypse was real and it was happening in our restaurant. We became an aproned army that had just been told we were about to be shipped out.

I cannot stress enough that this was a different time, but the rampant 80s’ excess of office Christmas parties was intense, frightening, and on occasion stomach-churning. My first clue that these groups were after more than paper hats and finding the ring in the plum pudding happened on the second day of the festive madness. Several large tables filled the basement and we were swamped. Bread to be sliced, champagne to open, orders to take. After twenty minutes, the place looked like The Poseidon Adventure after the giant wave.

‘Don’t run!’ our manager barked at us as panic threatened to overtake his staff. A round table in the middle of the restaurant was winning the hotly contested title of ‘party most likely to finish the lunch slipping around in their own vomit like Bambi on ice’. We couldn’t open the wine fast enough. At one point, as I rushed back to the kitchen, I noticed a young woman had left her chair and was sitting on the lap of an older, overweight man. My innocent Irish eyes thought that was bad enough until I passed them and saw that she had unbuttoned her blouse and pulled down her bra so that her corpulent colleague could kiss her breasts.

For some reason, this struck me as particularly objectionable because I hadn’t even served them their main course yet. Presumably, in my prudish world, this was the sort of behaviour you saved till after dessert. In retrospect, the most shocking aspect wasn’t that they had done this, but that nobody seemed to care. All around them people were too busy ordering bottles of brandy or finding out who had the cocaine. At the end of each night, we sat in a circle, shell-shocked. Then the news would come that no taxis were available, or that there was an hour wait. Sometimes we opted to stay and hope one would arrive, but more often we shuffled down to Charing Cross or Trafalgar Square to wait for night buses full of yet more people wearing gravy-stained paper hats. If I had to design a scented Christmas candle, it would smell of sick.

The thrill of the chase

Day and night, for two weeks it went on, and in various forms for the next eight years, I delivered unwanted turkey to people who were just hell-bent on having the most ‘fun’ they possibly could. Fun? As I watched them drink and eat themselves into dribbling fools, I couldn’t see the joy. Like cats chasing shadows along a wall, these revellers would never catch what they were chasing. Christmas had been something I used to look forward to for months. Stockpiling gifts under my bed, carefully rewriting my lists for Santa, sitting with my family to watch the seasonal specials on television, but now I was just an unwilling witness to the fall of the Roman empire.

I still went back to Ireland for the day itself. I made the appropriate noises of appreciation when my mother presented the turkey. I was thanked for the gifts I had carefully chosen to fit in my suitcase, but it was useless. The joy was gone. Squint my eyes, as hard as I might, looking at the tree no longer transported me to a magical galaxy. Working in restaurants gave me so much over the years – employment, stories, friends for life – but it also robbed me of something very precious. Catering, I want my Christmas back! 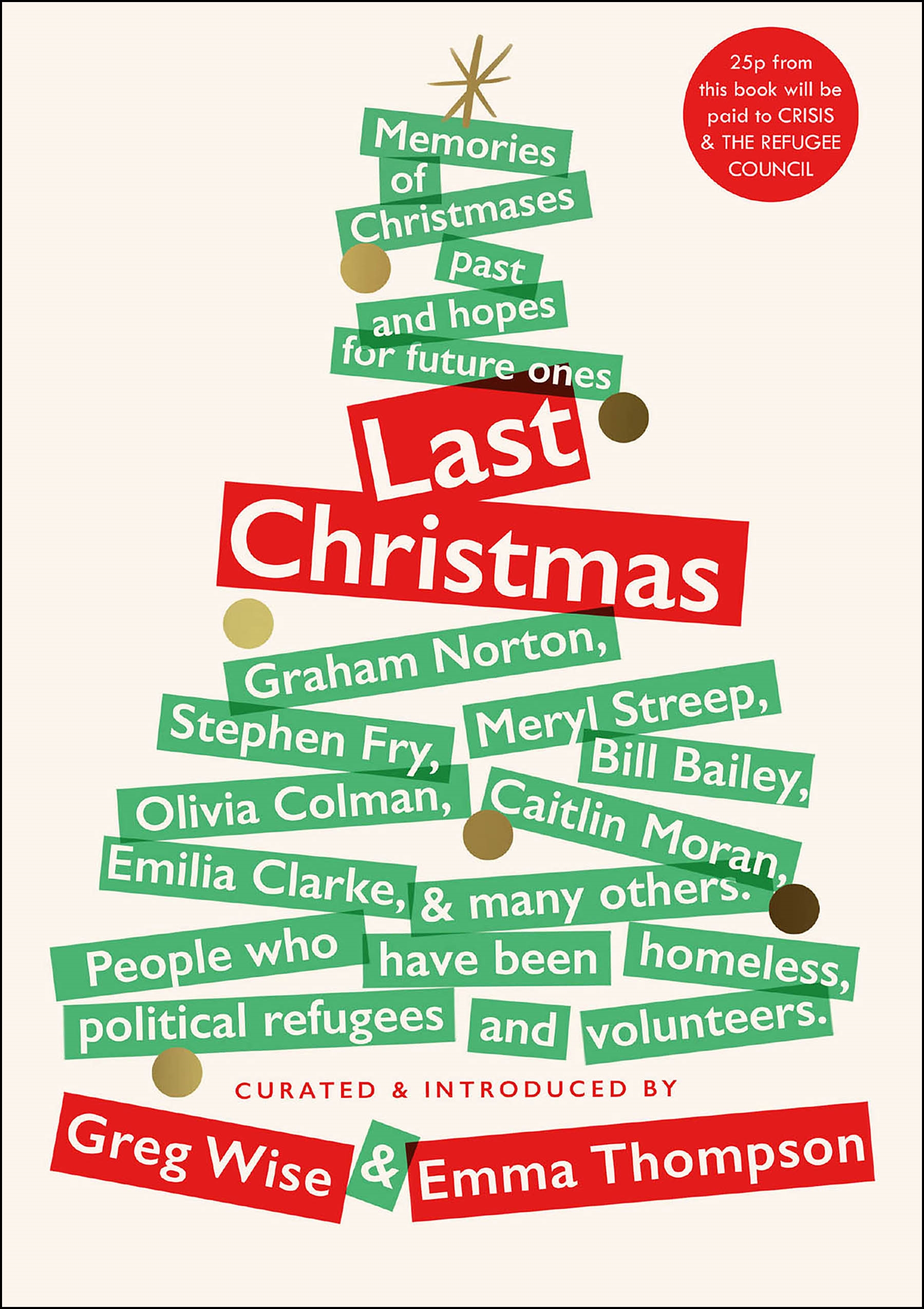 Catering Killed Christmas is extracted from the book Last Christmas, edited and compiled by Greg Wise and Emma Thompson. Published by Quercus and out now in hardback.

Buy it here or in-store at Eason. This article was originally published in December 2019. We may earn a commission if you buy something from any affiliate links on our site.

Looking for a fun spring activity? These workshops let you try your hand at floral design