This former Glebe house is a protected structure, so the design had to be sensitive while still tackling the problems its owners had.

It’s easy to see the appeal of living in a beautiful old home. This former Glebe house in Co Dublin has enviable features like sash windows and high ceilings, but its owners found that the kitchen was small and dark, not designed for modern living.

They enlisted DUA to help remedy the problem. Their creative director Darragh Breathnach, explains that one of the main issues was a lean-to storeroom at the back of the house. “This blocked access to the exterior courtyard from the kitchen and dining area, stopped natural light from entering the kitchen, and also meant there was also no visual connection between the kitchen and courtyard.” 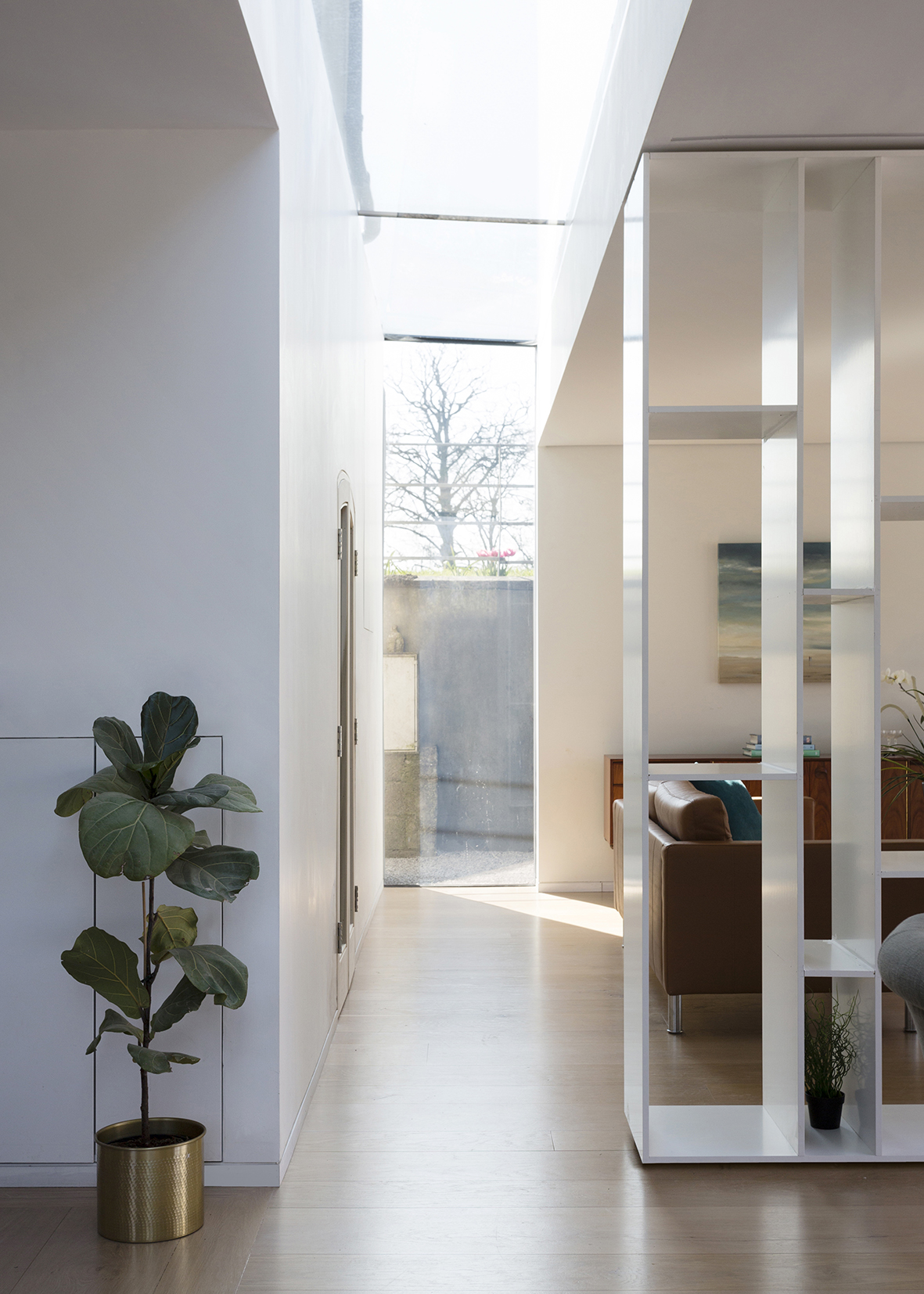 The homeowners also wanted to create a dining area and lounge that felt bright and connected to the garden, as well as bring more light into other parts of the house.

DUA’s design involved removing the lean-to, which allowed light into the kitchen and hallway. An sunken extension houses a bright dining and living area, contained by a charred timber structure that acts as a bridge between indoor and outdoor. A glass rooflight runs along the point where the extension meets the existing house, marking the transition and bringing light deep into the plan. 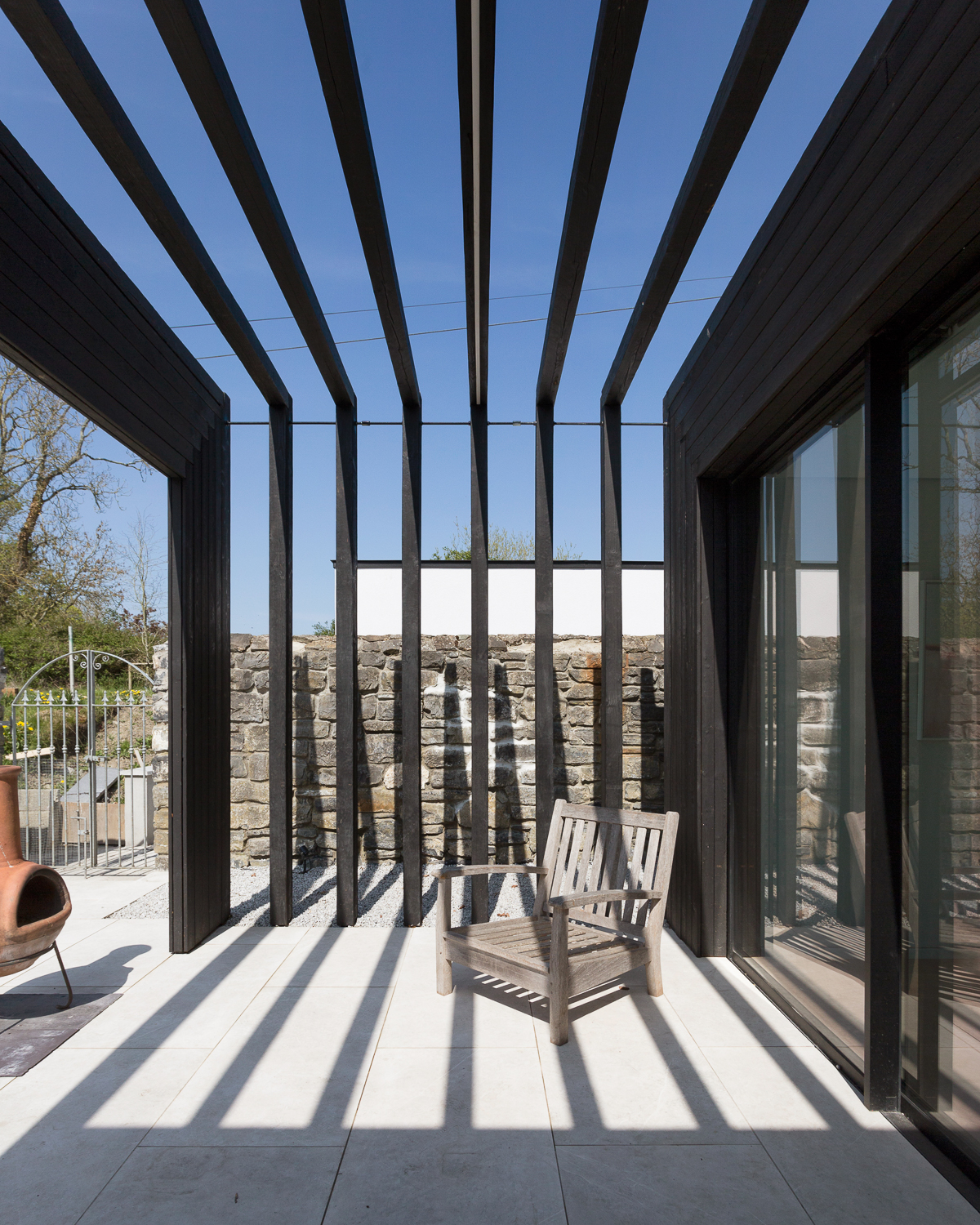 As the house was a protected structure, this meant extra steps had to be taken. Darragh explains that “We needed to go through a planning process where detailed drawings and a conservation method statement were required. This added approximately a year to the length of the project.” 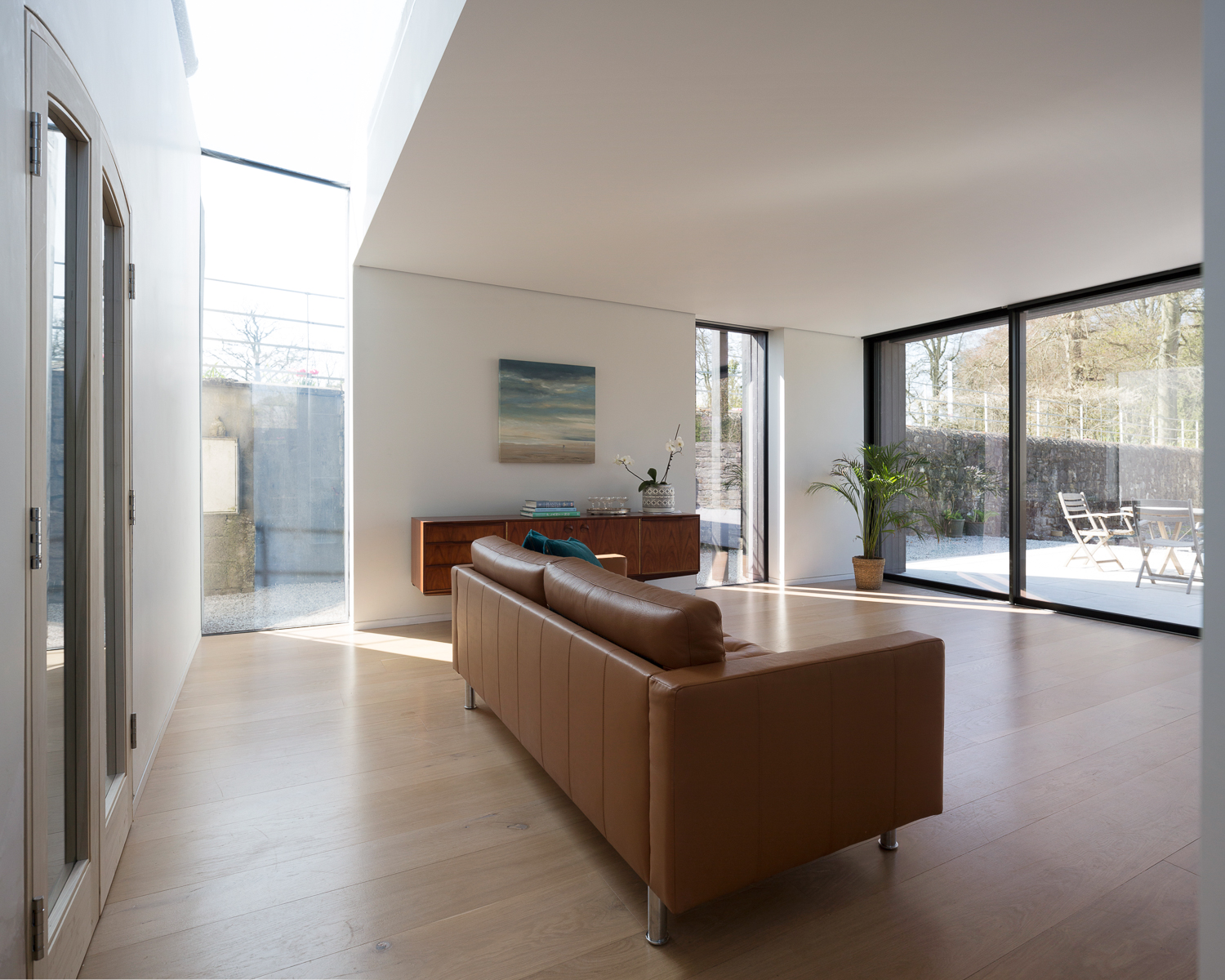 Because light was particularly important to this project, Darragh explains that they undertook light studies to ensure that the natural light was reaching the right spaces at the right time of day.

“The large eaves window at the junction of the two buildings brings light deep into the kitchen and hall spaces, which didn’t get any natural daylight previously. The dining room and outdoor dining area were located on the west side to make the most of the evening light.

“A pergola and overhangs were utilised on the west facade also to reduce overheating in the summer months, while the window on the south is set back behind the timber fins so as not to be seen on the outside and to filter light and shadows through to the sunroom hidden behind.”

This bespoke five-bedroom home with sea views and mature gardens is on the market for €1.4 million

The photos of this home are proof of the success of this project. Bright and airy, it’s a space where you could happily observe the light and shadows travel around the house all day.

Darragh is pleased with the effect. “Shadows illustrate the passing of time like a large sundial on the inside. I also love how the charred timber reflects the dark woods surrounding the house on the exterior.”

Supper Club: A 15-minute vegan korma using the contents of your kitchen cupboard

3 Irish tablescaping experts give us their best Christmas table tips