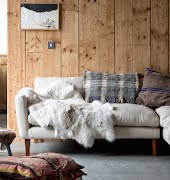 The Diaries of Alan Rickman will be published in 2022

The diaries of the late actor Alan Rickman, written up until his death in 2016, are set to be published as one standalone book in 2022.

27 handwritten volumes of Rickman’s “witty, gossipy and utterly candid” entries will be included, spanning more than 25 years of his illustrious career.

Rickman began penning the diaries in the early 90’s, with the intention that they would one day be published as a book. By then, he was already a household name, starring in much-loved classics such as Die Hard and Robin Hood: Prince of Thieves.

Over the next 25 years, Rickman would go on to star in the Harry Potter franchise, Sense and Sensibility, The Hitchhiker’s Guide to the Galaxy, and Love, Actually. He passed away from pancreatic cancer in 2016.

According to Canongate, who will be publishing the diaries, Rickman detailed life behind the scenes as an actor, both on and off-stage, his thoughts on politics, his friend group, and his love of his craft.

“More than anything though, the diaries reveal the real Alan Rickman, funny, passionate, occasionally provocative, and give fresh insight into his art,” Canongate said. “He wrote his diaries as if chatting with a close friend. They provide pitch-perfect vignettes: short, pithy paragraphs painting big pictures, and offering intriguing insights into himself, his peers and the world around him. They are intimate, perceptive and very funny.”

The Diaries of Alan Rickman will be published by Canongate around the world, and by Holt in the US.

Read more: Snow is falling: the Christmas playlist that gives us (terrible) flashbacks to our retail days

Marianne Smyth, aka @smythsisters, on her December wardrobe wishlist

This Winter Wine Gala is the foodie event of the season