Referencing both tradition and the new, architecture studio McGarry Moon’s work creates a fresh vernacular for the Cavan countryside in this home on the shores of Lough Gowna, writes Gemma Tipton.

Picture a beautiful landscape, a wild field and woodlands, facing the calm waters of a midlands lake. It’s a challenge for any architect: to create a building that not only sits in the landscape, but augments it.

Some build long and low, hoping, perhaps, not to be noticed, while others, such as Coleraine-based architect team Jessica McGarry and Steven Moon, bring their sensitivity to site, shape and material, to make a space that becomes a special presence. 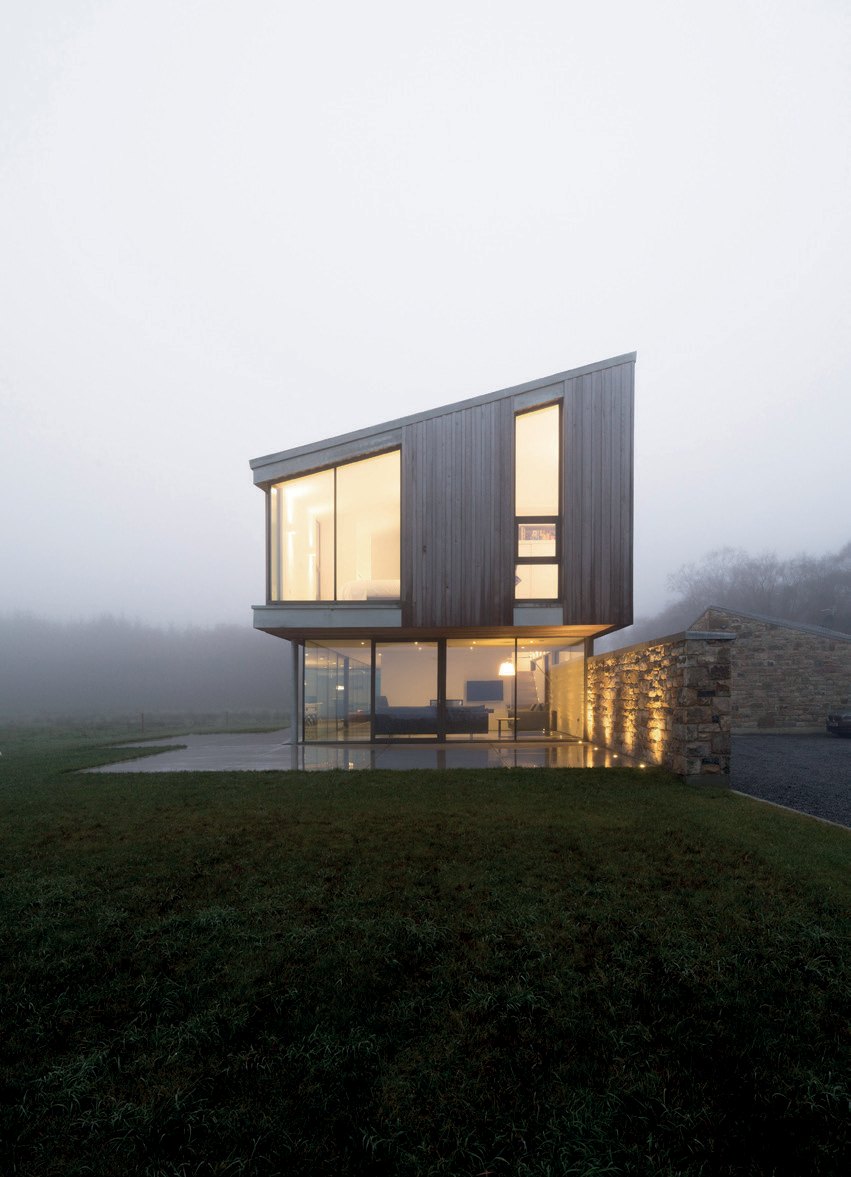 At Lough Gowna in Co Cavan, they have designed a contemporary home for their clients, which manages both to complement the setting while also being a feature and a focal point, “an object in the landscape”, as Steven puts it. Lough Gowna’s name means “calf lake” and comes from an old legend of a calf, which, having escaped from a holy well, raced north. It was followed by a stream of well water that flooded the surrounds, making the lake. With such a supernatural story to the area, it’s fitting that the house is also a little mythical.

Where do you start with a project like this? While it’s true that many architects thrive on the challenge of inserting buildings into tight spots, or working with existing buildings, Steven says that most of the practice’s clients come to them with greenfield sites. Here, they were fortunate in that the lakeshore plot was family land, and that the client works in planning; so they knew that their agreed design would be likely to get off to a good start. 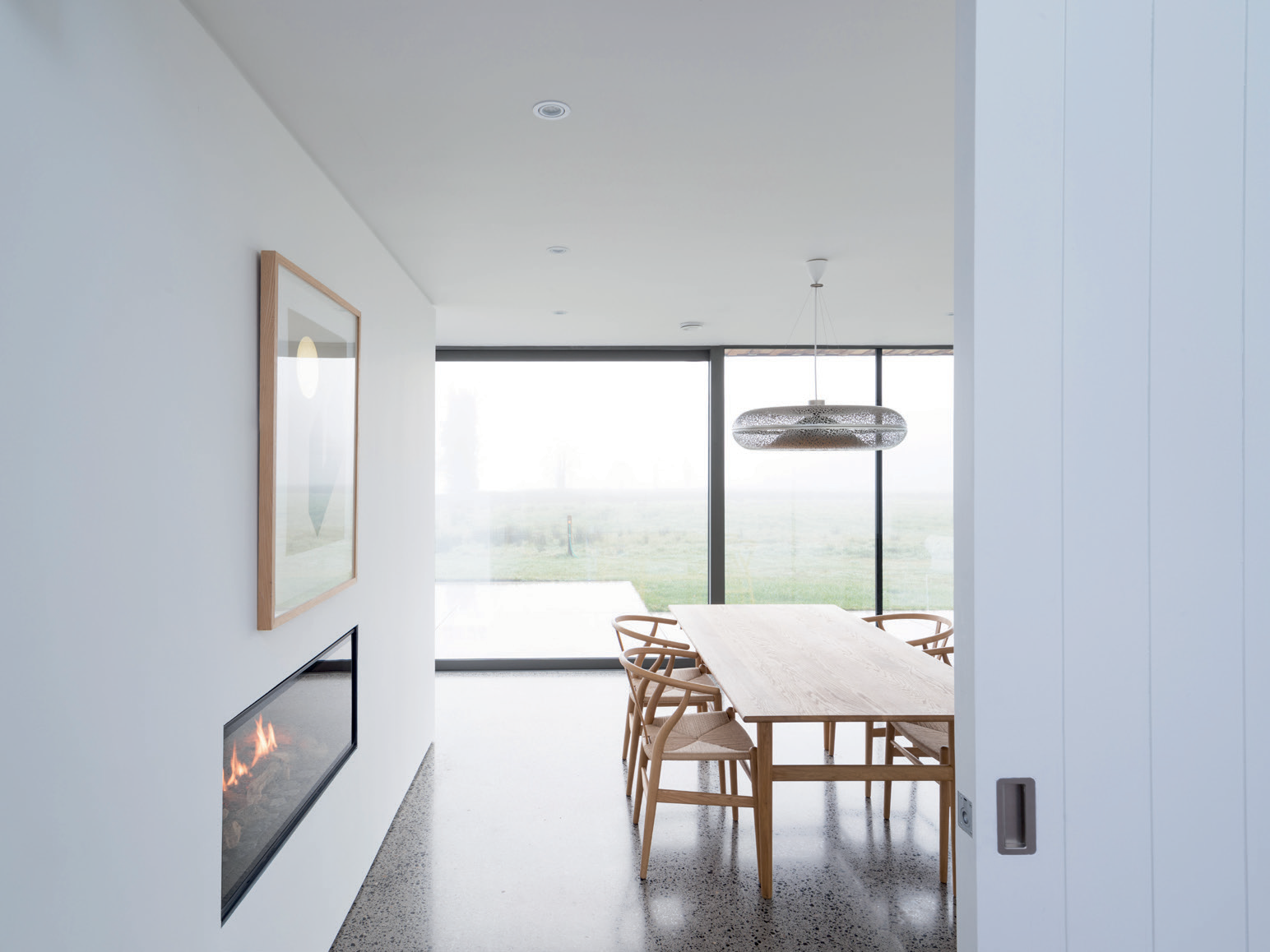 The results are traditional materials that combine with the more modern to create a house in which the first floor seems to float out over the landscape, while the zinc roof sweeps down to a “V”, as if coming to magically meet the land and water. All but one of the four bedrooms have lake views, while the ground floor seems, in places, to open up to the lake entirely. Nevertheless, it still manages to be a cosy spot when Ireland chooses to throw all four seasons at you in a day.

This project is not dissimilar to other builds undertaken by Jessica and Steven, including their own award-winning home, Fallahogey House. Having met while studying architecture in Dundee, the pair established their practice in 2004 and their home also acts as their studio, and is a manifesto of their ideas. Inserting a steel frame into a traditional stone barn, the pair made a house that seems to grow out of the land, becoming lighter and more ethereal as it rises. 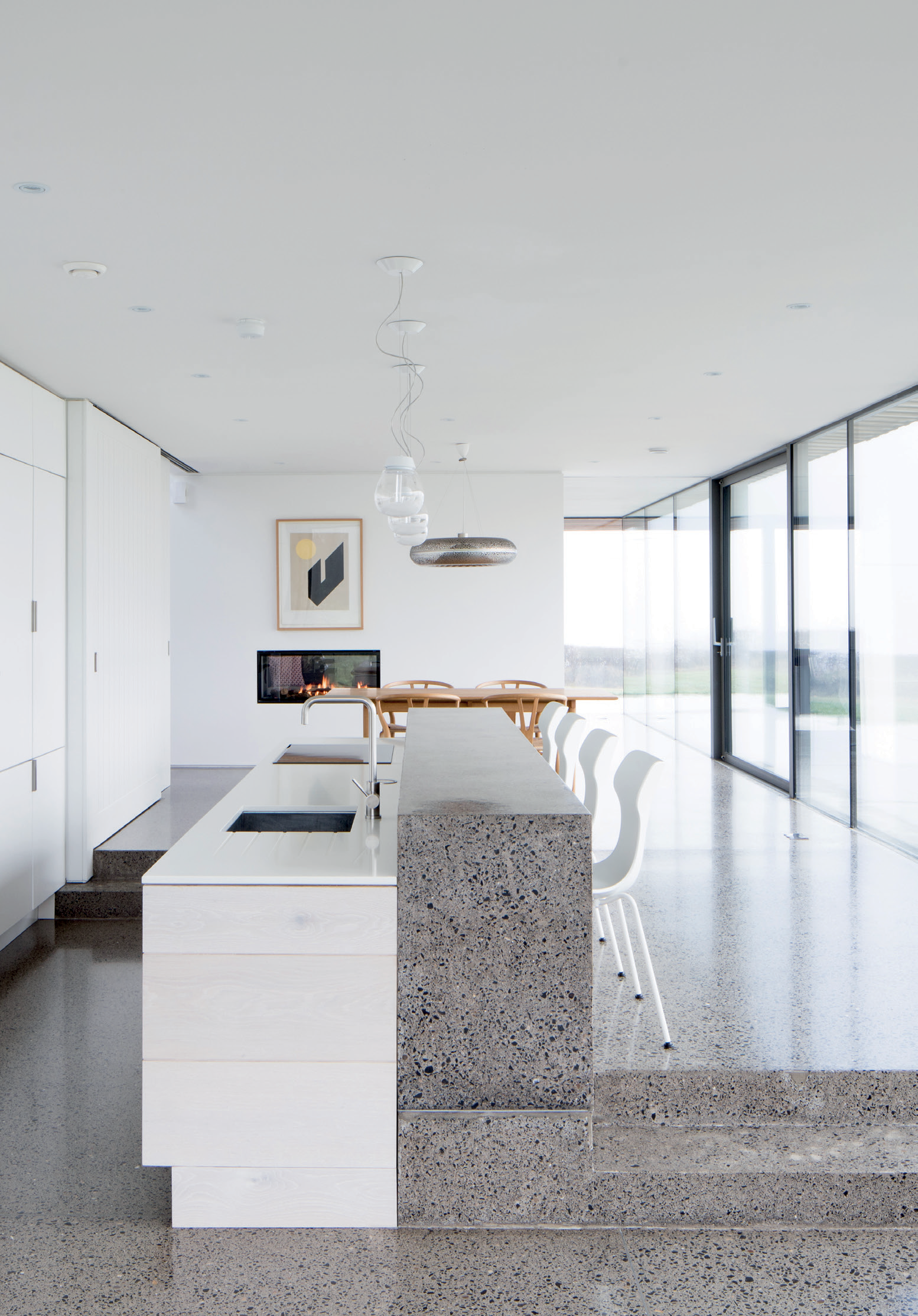 At Lough Gowna, you can also track a natural stone spine wall from the inside out, while cedar cladding on the upper floor is designed to turn silver with age. “It would be quite typical of what we do,” agrees Steven. “Natural materials, zinc roofs, timber, the percentage of glass…” The choice of material is influenced by the site, but a lot “depends on what clients allow us to do”, he says.

The house faces its focal point, the lake, while the rear, facing north to the woods, is more solid. This clever orientation gives an enviable A3 energy rating, which had been one of the client’s priorities. Following that and taking note of the required accommodation, and those glorious views, the house began to take shape. That natural stone spine wall, coming from the outside in, is a favourite feature, as is the sculptural- looking form, hovering above the landscape. 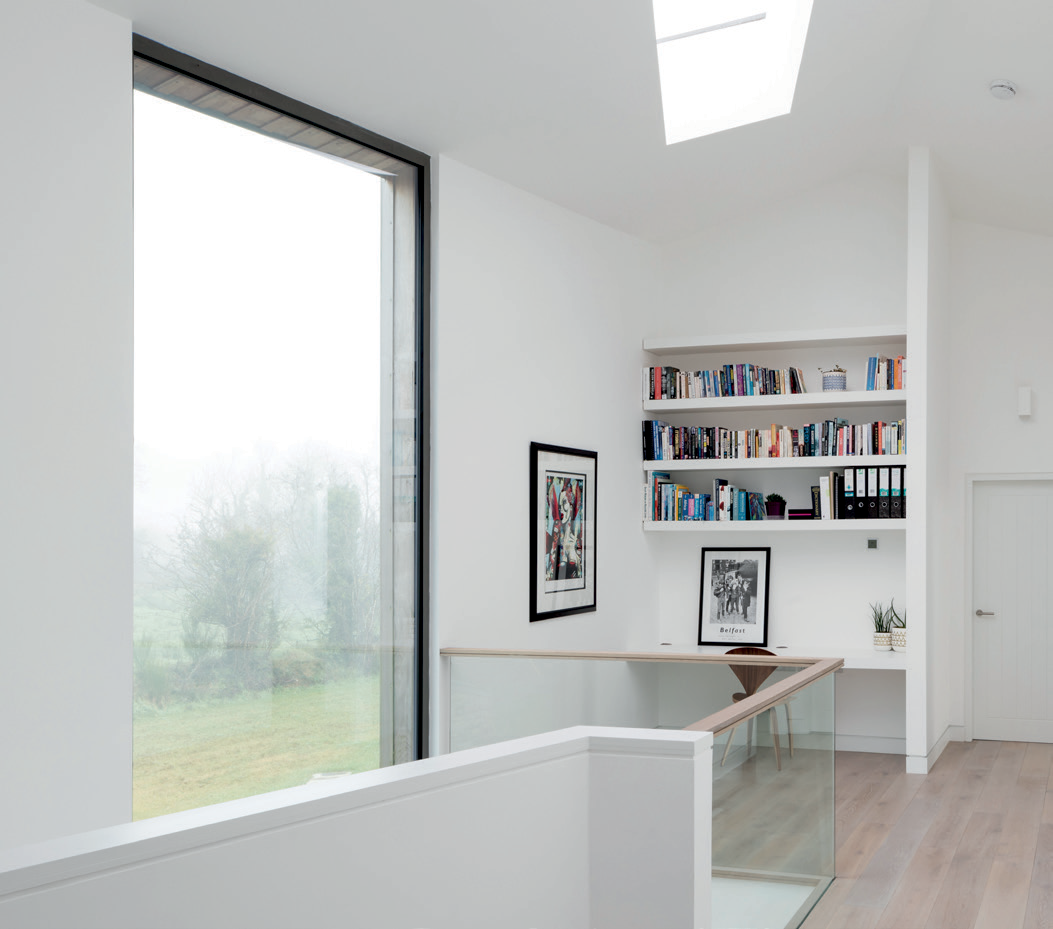 Driven by the site, by local materials, and by the experience gathered over their years of practice, Steven also lists architects Noel Campbell, Liam McCormick and Glenn Murcutt as inspirations. McGarry Moon’s project sits brilliantly between the traditional and the modern. “We’re also influenced by the built form, what’s in the area,” says Steven. “Although sometimes it’s pretty bad,” he concludes, murmuring about bungalows. Here, the combination of a visionary client and architect has created something that’s of the land, but also brand new.

Photographed by Adam Currie courtesy of McGarry Moon. This article originally appeared in the November/December 2018 issue of Image Interiors & Living.