No internet, no company, and nothing but green fields for miles around — spending 24-hours truly off the grid was surprisingly life affirming.

Allow me to set the scene: In the wake of Electric Picnic weekend, my bones were weary, my inbox was full, and my nerves were well and truly frayed. So obviously, I pinned all hopes of rejuvenation and spiritual wellness on a solo staycation into the wilds of the West of Ireland. Spoiler alert: it kind of worked.

Alone time can represent a multitude of different things to different people. For an overworked businessperson and exhausted parent, I’m sure the prospect of an evening in perfect solitude sounds like nothing short of a blessing, but for others, time spent in your own company can resemble something more akin to a unique form of punishment.

In my case, I’ve always enjoyed my own company (what can I say, I’m a hoot), so naturally, I assumed an evening alone would be a walk in the park. Then I read the fine print and realised that a digital detox was part and parcel of the immersive experience.

In the grand scheme of things, I really don’t consider myself all that overly reliant on my phone, but in saying that, I am a 20-something who can (and has) lost multiple hours to the infinite scroll that having a plethora of active social media accounts lends itself to.

When we think of unwinding after a long day at work, or even just of relaxation as an abstract concept, we’re really just mustering up images of distraction techniques. Curling up with a good book, snuggling down in front of the television, or catching up on your podcast rotation — they’re all just ways to drown out the silence of being alone, and I realised during my Slow Cabin stay that I need to reassess my version of relaxation. 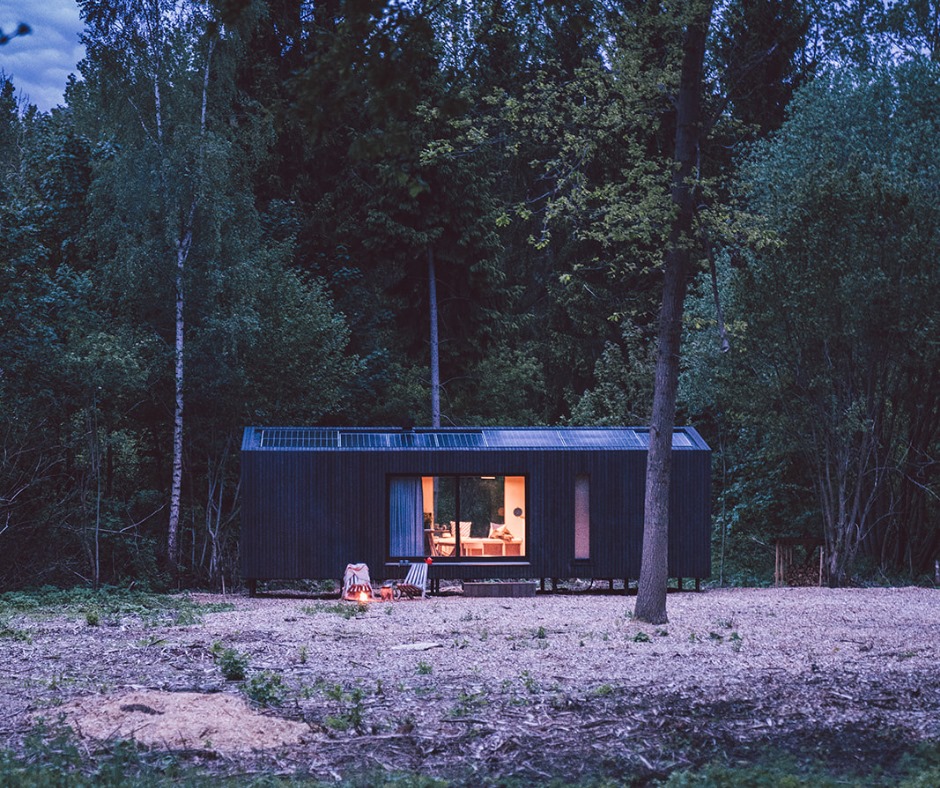 To many of us, doing nothing really just seems like a waste of time, and unlearning that mindset is what Slow Cabins are all about. The way it works is you’ll make your booking for a minimum of two night, but you won’t know where you’re going until two weeks ahead of your stay, at which point you’ll be furnished with all the information you’ll need on the secret location you’re headed for.

“Having it be a secret destination takes away the stress of choice,” says the man who’s bringing the concept from Belgium to Ireland, Matthew Parkinson. “In the same way that you can endlessly scroll through Netflix, you can spend forever trying to choose a place to go on a break away, so this element of mystery mitigates that.”

So, in order to keep the location under wraps, let’s just say I hopped off a bus from Galway city, wandered down a country laneway and up a wildflower lined boreen until I finally came to a clearing and found my lodgings for the night.

A minimalist wooden cabin designed to perfection, each little hut is entirely self-sufficient, containing a queen-sized bed, a well-equipped kitchen, and a Scandinavian dry bathroom with a nice warm shower. There’s also some Galway Bay Brewery beers, plenty of cabin-related reading material, and a scrapbook with lots of heartfelt notes from previous guests sharing their satisfaction.

When I arrived, the sun was just beginning to set and a beam of sunlight streamed right through the cabin, splitting the space in two. A large window takes up most of the side of the cabin, and as I perched on the bed looking out over the meadow, I thought it might be some kind of abstract art installation entitled ‘Tired Girl Eating Chocolate in Cabin, colourised’.

So, with my phone firmly placed in its detox box, I sat outside and afforded myself the luxury of leaning into the silence, feeling the hum of nature and truly relishing the time alone. At the risk of sounding utterly obnoxious, I imagine it might have been something similar to what WB Yeats was feeling when he wrote The Lake Isle of Innisfree — peace really did come dropping slow, and maybe I would be happy living alone in the bee loud glade. 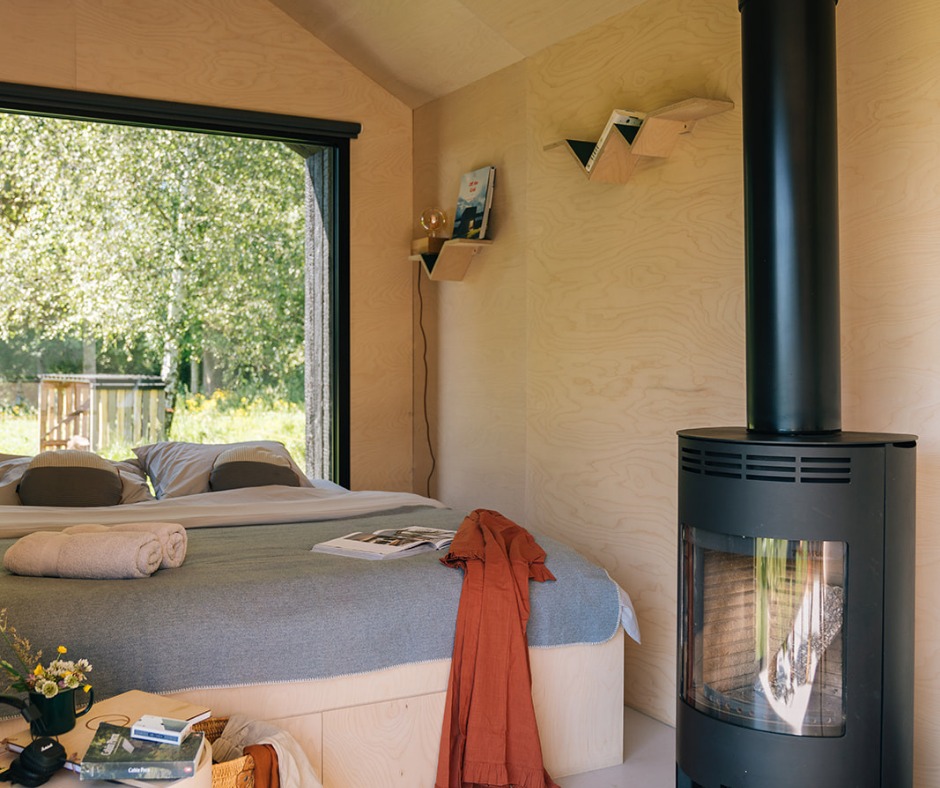 Now, I won’t insult your intelligence by pretending it wasn’t without its drawbacks. I did have a moment where I thought I had naively wandered down the garden path to my own demise. Luring an eager young woman out of the city and into a cabin in the woods under the banner of wellness really does sound like the perfect crime against Millennials. However, I can vouch for the fact that I was undisturbed throughout my stay and the owner is, in fact, a true gent.

Founded by ex-lawyer Xavier Leclair in 2017 when he finally decided he wanted to leave the rat race, Matthew Parkinson had a similar wish and a LinkedIn message, a whole lot of planning and almost four years later, Slow Cabins are up and running in Ireland, with more locations to be added next year.

Marketed as a solution for corporate strain in an era where in some countries doctors are quite literally prescribing stays in nature for those who suffer with anxiety and depression, these retreats are all about reconnecting with yourself and disconnecting from the fast-paced world that will, I assure you, be waiting for you on your return.

“Not only do Slow Cabins plant a tree for every booking received,” Matthew says. “We’ve also got a Nature Contribution Fund, which takes a small portion of the booking fee and puts it straight back into local projects in the area.”

When I emerged back into the real world the next day, freshly soaked by spontaneous rainfall and feeling thoroughly smug that my phone stayed in its detox box overnight, I felt that little bit lighter.

Sarah Gill was a guest of Slow Cabins.