Inside this stunning two-storey apartment in a listed Georgian townhouse

A two-storey apartment in Marylebone is restored by international architecture and design studio Red Deer.

Brought on to redesign a two-storey apartment in London’s Marylebone, the Red Deer architecture team admit it was empty and in slight disrepair upon first viewing. The floors were carpeted, there was a mishmash of cheap 1990s lights fittings and the kitchen dated from the 1970s. But the bones of the grade-II listed building were there, just waiting to be awoken from beneath a grubby late-20th century iteration. 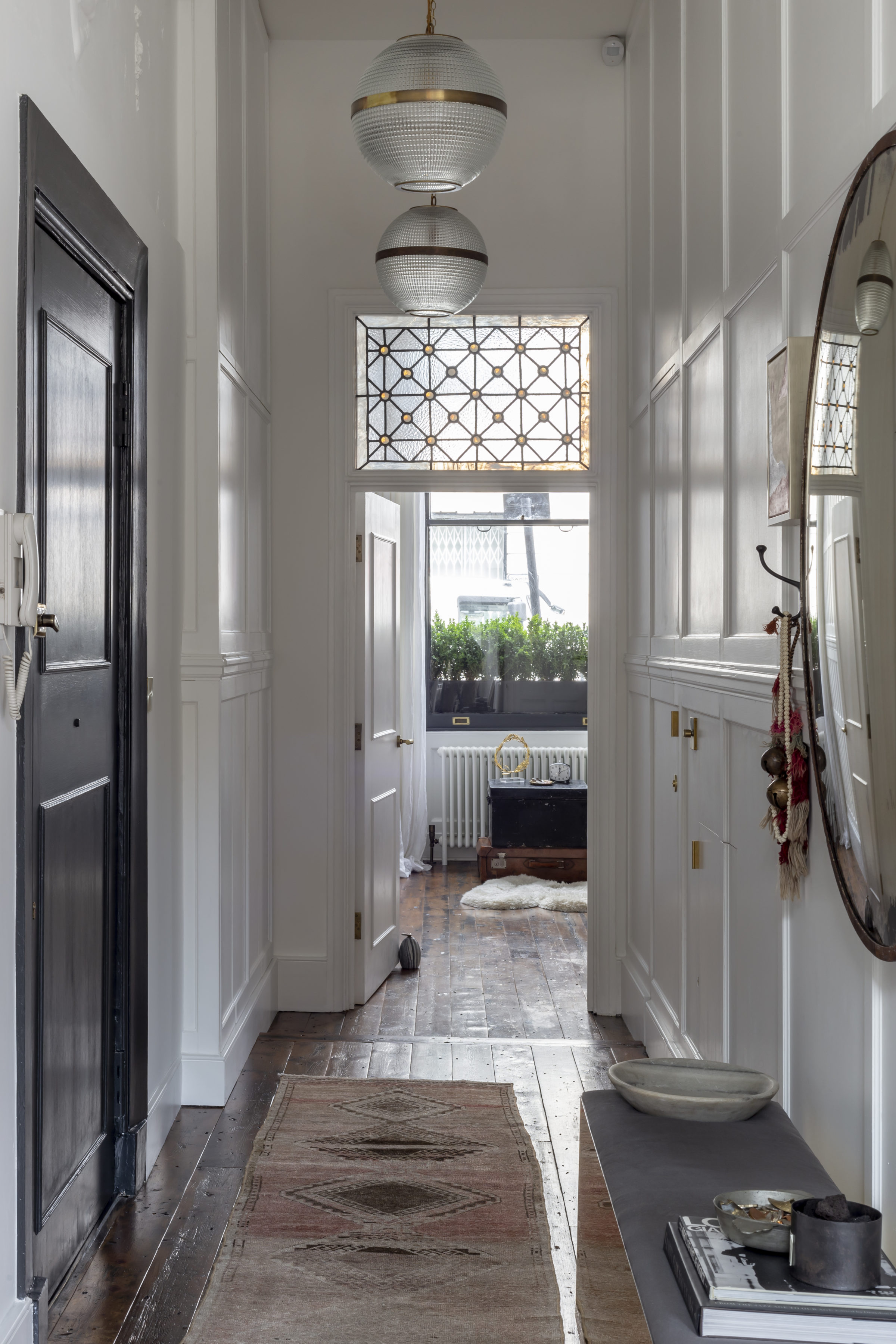 Built around 1774, the building had undergone a number of changes since then, resulting in a mix of influences, from the Jacobean mouldings and ornate neo-classical plasterwork to the huge industrial-style windows. Rather than prioritise one era over another, the Red Deer team decided to use this eclectic set of influences as an “approach for the design as a whole”. 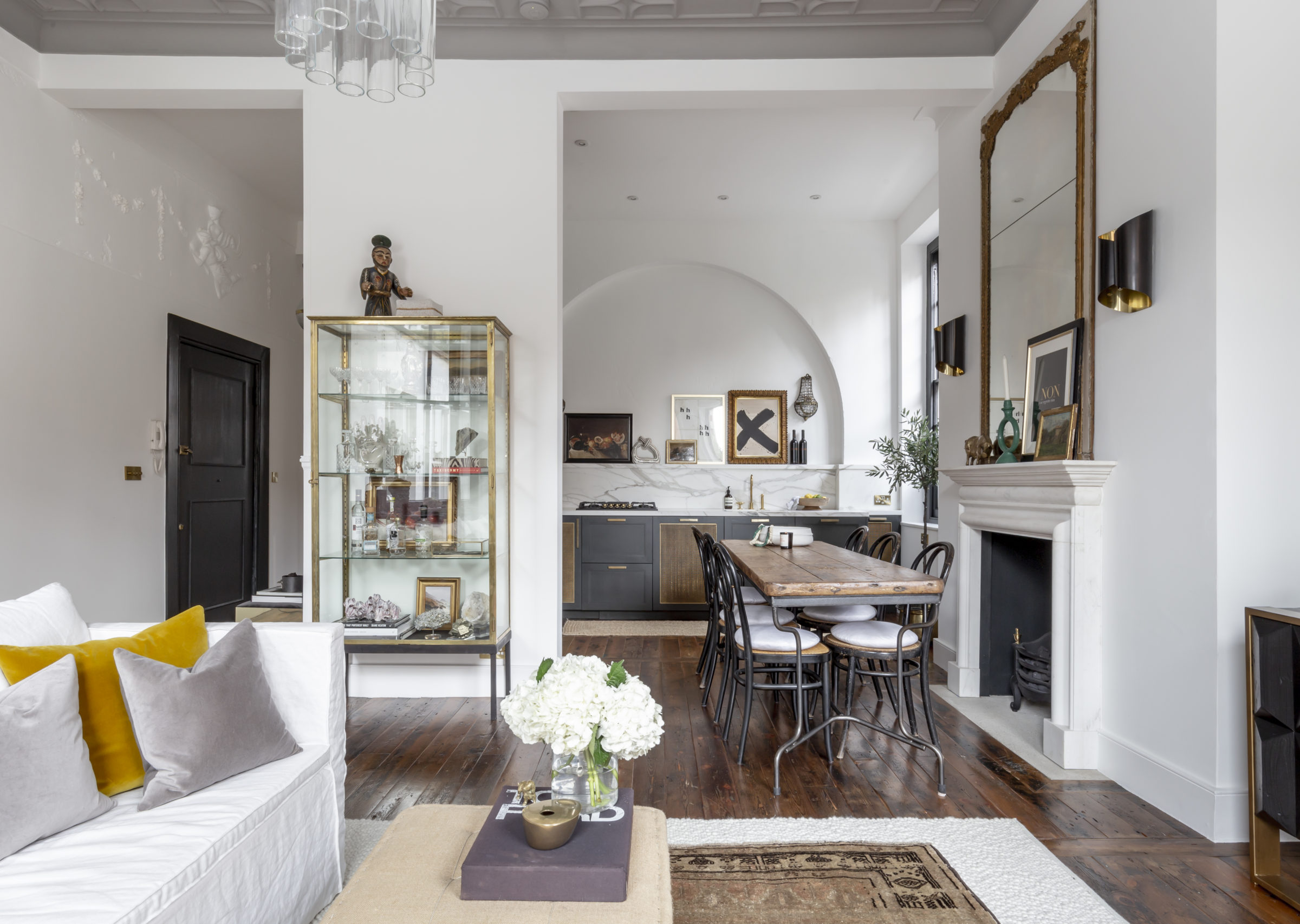 However, before they could begin to work on restoration, the layout needed to be reconfigured. “The kitchen area was in an ancillary outhouse looking out onto the terrace to the west and felt like an appendix of sorts and completely severed from the living area,” the Red Deer team explains. They decided to move the kitchen into the central space and convert the original room into an ensuite for the master bedroom. 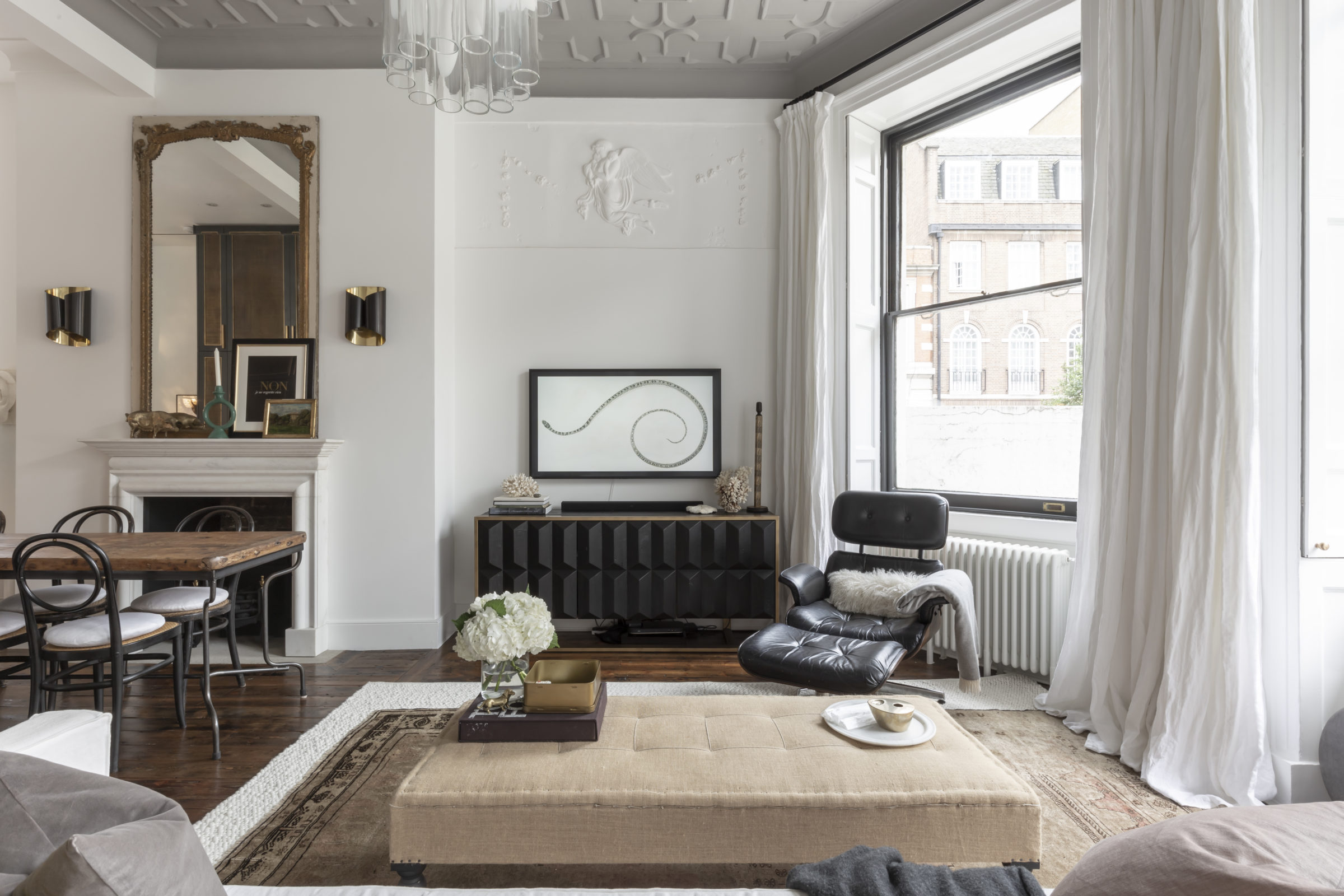 Now, an open-plan living, dining and kitchen space, as well as the master bedroom with its ensuite and entrance to terrace sit on the ground floor, while upstairs is a second bedroom.

From there, restoration could begin and as well as working on existing historical elements, the team also sourced period fireplaces and reclaimed Douglas fir floorboards. Most of the lighting was reclaimed and sourced online from sites like Vinterior, Pamono or 1st Dibs. The team confess that the interior design approach resembled that of “a magpie in a reclamation yard more than anything else!” 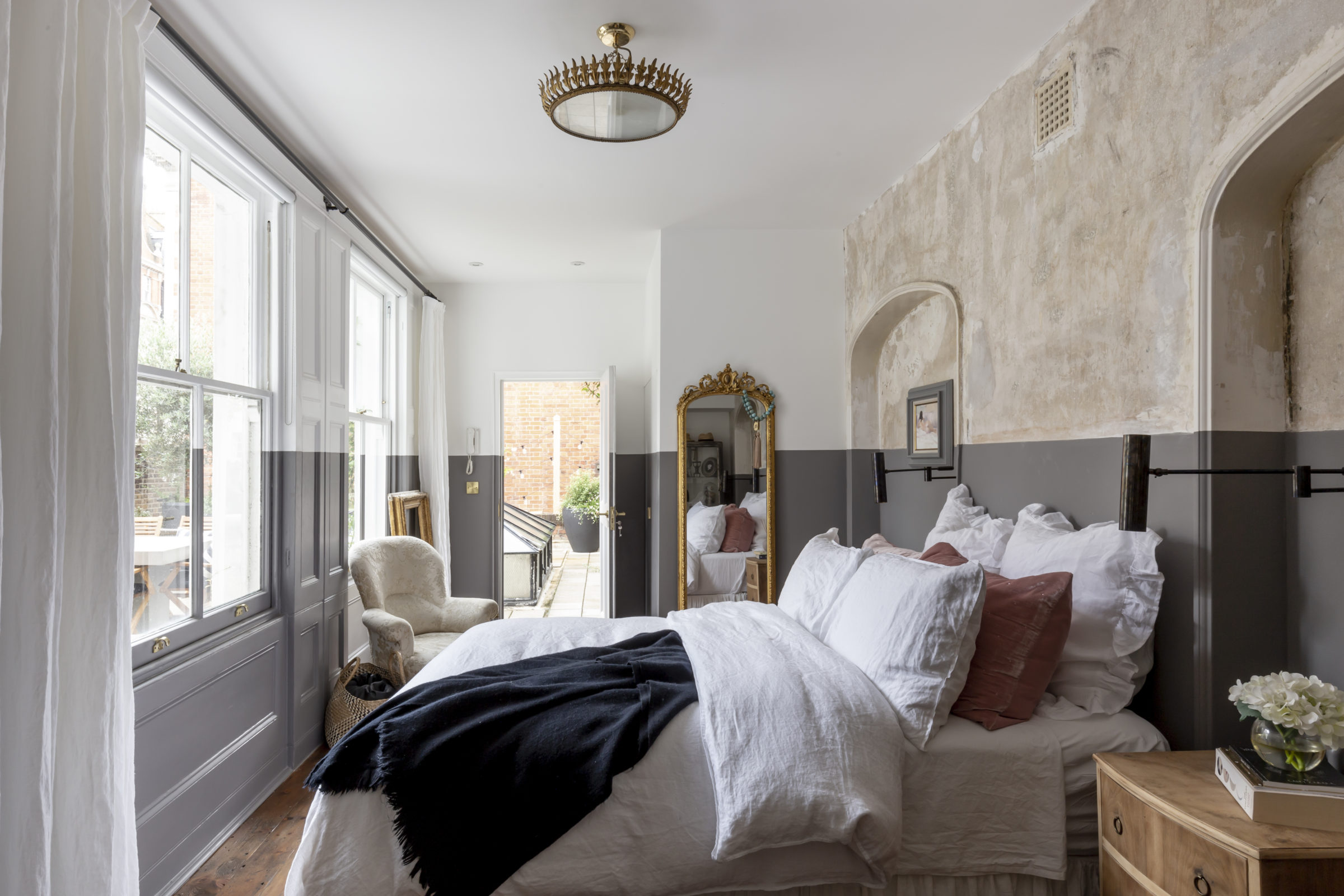 While working with a simple colour palette to let “form and fixtures to do the talking”, Red Deer also felt that the ceiling was too intricately beautiful to simply paint it white. Deciding on a pale grey, it not only accentuates the details but also highlights the apartment’s soaring volumes. 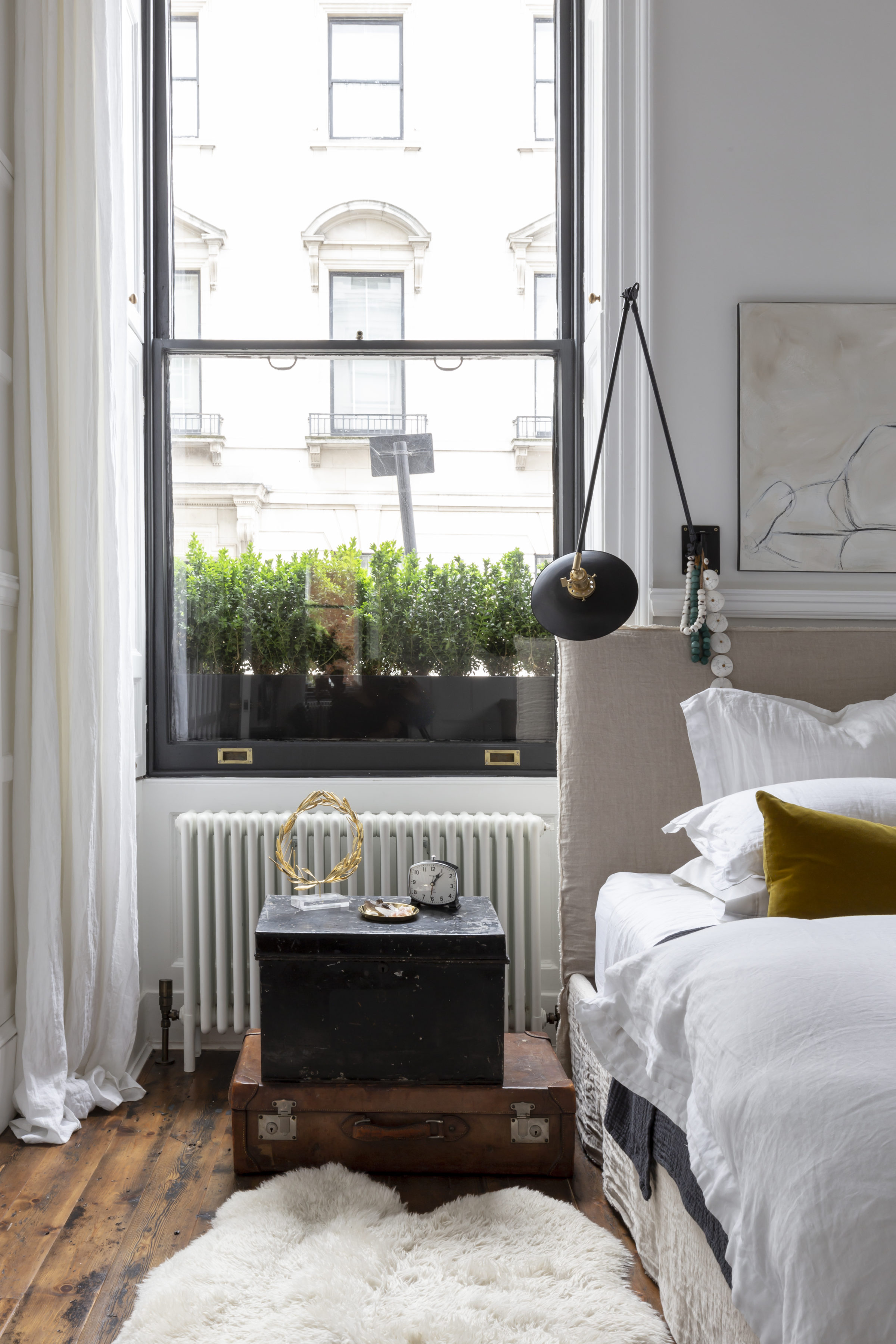 The kitchen, now moved into the centre of the space, is framed by a curved alcove that Red Deer added. “This was added to help frame the units further and provide a second axis to the kitchen and living areas.”

When it came to the interior design, it was hugely influenced by the owner, who brought a huge amount of inspiration into the design aesthetic, as well as all her own furniture and vast collection of art. 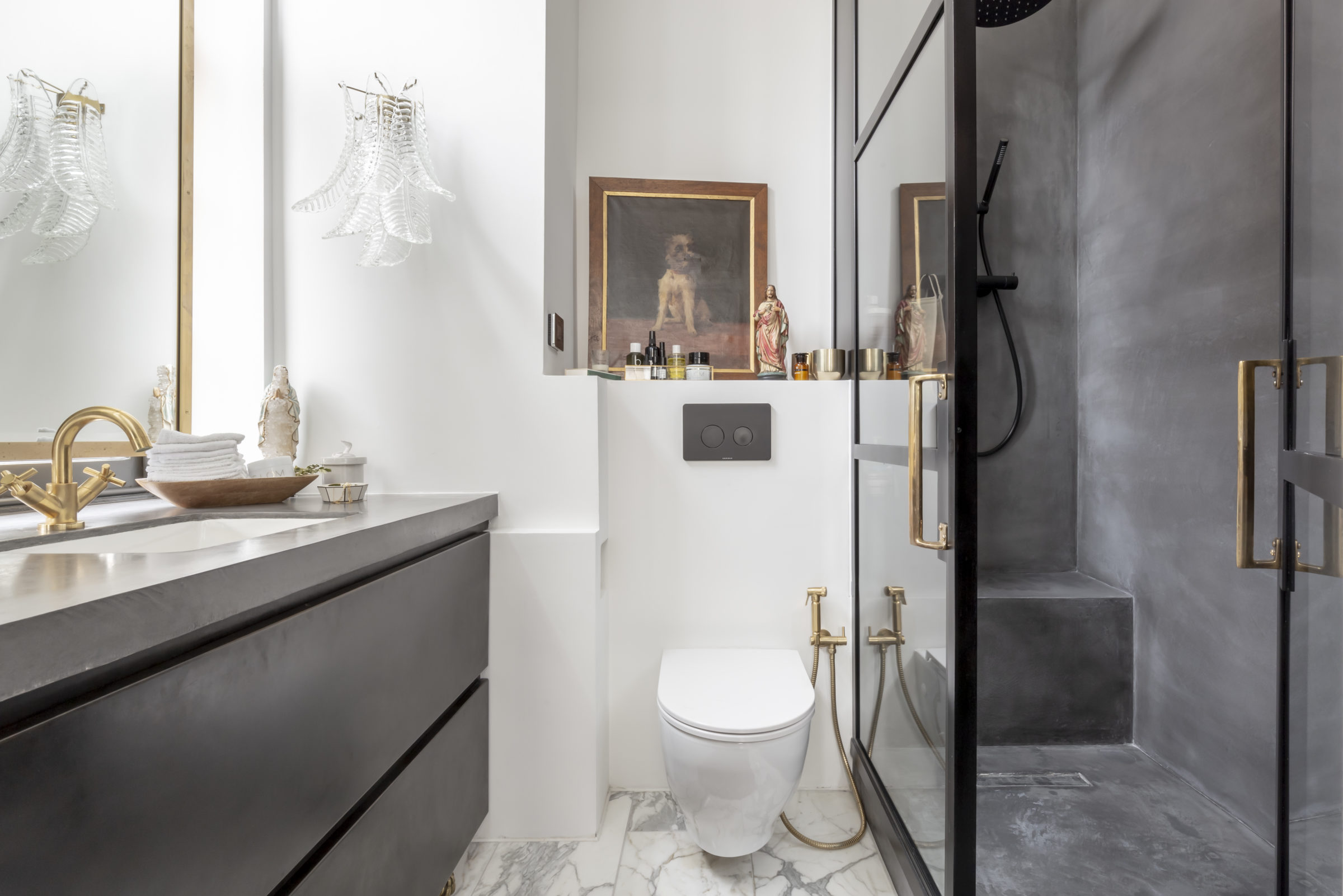 In all, the project took 17 months, though quite a lot of that time was caught up in Listed Building Consent applications. Now, the apartment adds its own patina of 21st-century living to the 350-year-old building, though always with a magpie-like eye, accentuating the best of all of the building’s design history.

All imagery by Billy Bolton

Read more: How to pick the perfect neutral paint colour for your home

Read more: Inside this extraordinary Portmarnock home with sustainable credentials

Read more: This bright Dublin 8 extension is a masterclass in adding life to a house

LA Confidential November 1 The 1997 crime classic comes to Netflix along with a host of others, including Argo, A...

There are some movies that are designed to make us feel good; to stimulate, to uplift and soothe the soul...

Planning a family holiday abroad this year? Here’s what you need to know before travelling with kids. The rules regarding...

We’ve barely had enough time to miss the ‘Love Island’ gang but they’re back again for one night and one...

Ah, we’re back in familiar territory – talking about Jennifer Aniston’s love life again.Friends fans the world over lost their...

How veganism took over the world

From Impossible Burgers to plant-based Michelin-stars, vegan options have steadily taken up more space at restaurant tables. Kate Demolder on...