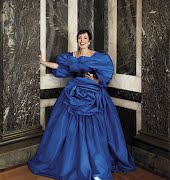 ‘I didn’t realise how much I was craving connection until I saw my friends for...

Pelvic pain: ‘There wasn’t a single Irish doctor who treated me with any level of...

Here are 50 pop culture quiz questions to keep the whole family entertained, whether you’re quizzing together or virtually

As we’re all in self-isolation, a family quiz has been a great way to spend an evening with your loved ones, whether you’re all in the same room or not. Here’s a set of questions to keep everyone entertained, and we’ve kept the answers separate so you can choose to take part yourself, or play the role of quizmaster.

Get your thinking caps on!

And remember, the key to a family quiz, or any family activity really, is that you are all still friends afterwards!

Read more: Four of the best Irish food boxes, delivered to your door

Read more: Looking for a different watch during lockdown? Try these 5 French films

Read more: 7 DIY gifts to let your crafty side out this Christmas

A decade after the untimely death of Amy Winehouse, the...

On the hunt for a bigger place but not ready...

An absolute belter of a dish, this Dale Pinnock recipe...

From new seasons of our favourite shows to reboots to...

Not unlike Marmite, Gwyneth Paltrow can be somewhat of a...