This will be our first Paddy’s weekend out of lockdown in two years, so you can bet your bottom dollar that we’ll be taking full advantage.

It may still be several weeks away, but we’re an eager bunch. As are the rest of you by the looks of it, because several things have already booked up for the St Patrick’s weekend, so there’s no time to waste. Start spamming your WhatsApp groups with suggestions and get planning.

Rent an Airbnb with your friends 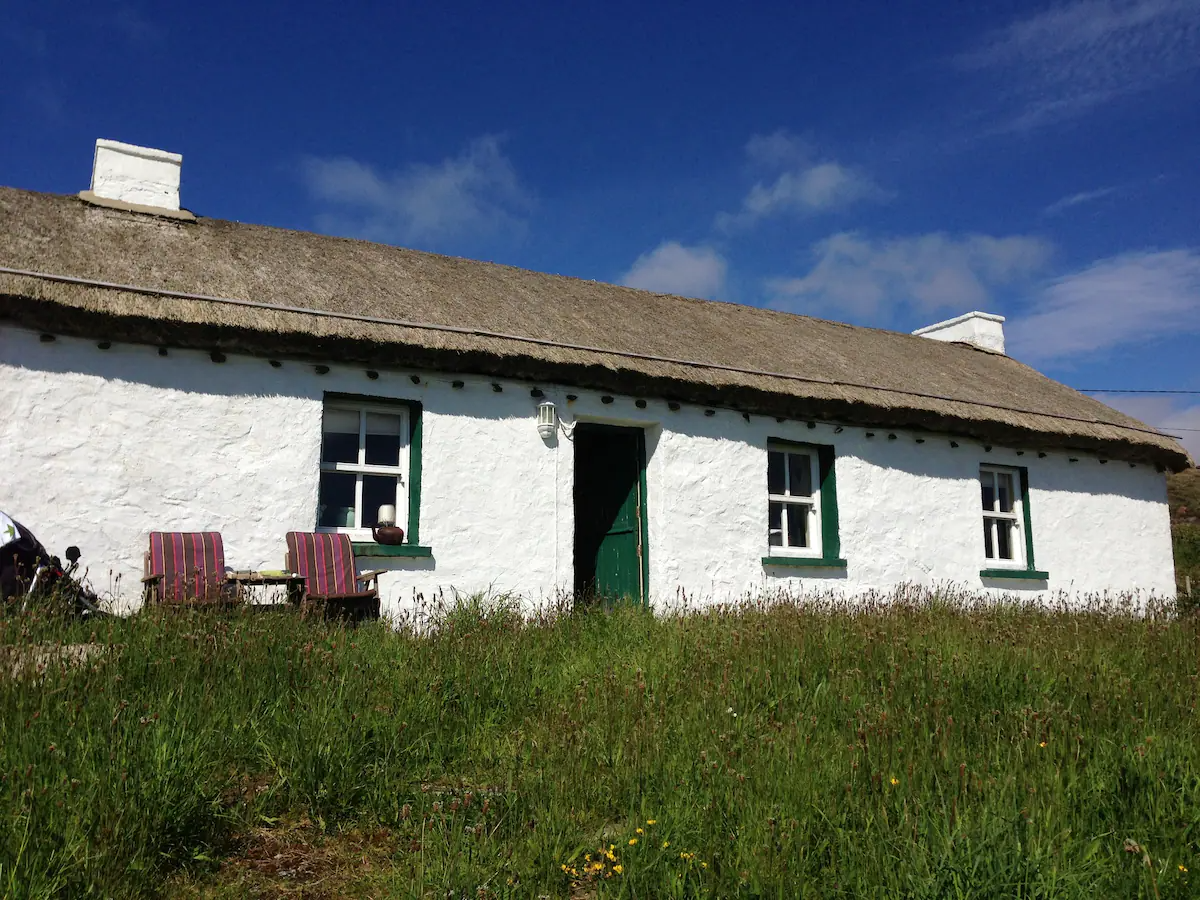 Go for the true old Irish experience this Paddy’s weekend and check into an authentic thatched cottage in Lettermacaward. Perched deep in the heart of Donegal, Katie Byrne’s house doesn’t come with any bells and whistles (such as wifi) but it’s the perfect spot to enjoy the best of our Emerald Isle. Only a 10 to 15-minute walk from Dooey Strand, you have nature pretty much at your doorstep and you’re free to use the surfboard in the shed should you or your friends fancy a quick dip.

Very surprisingly, there’s still availability for the Paddy’s weekend, but you better act fast if you want to nab this place for yourself!

Hike up to The Guinness Lake 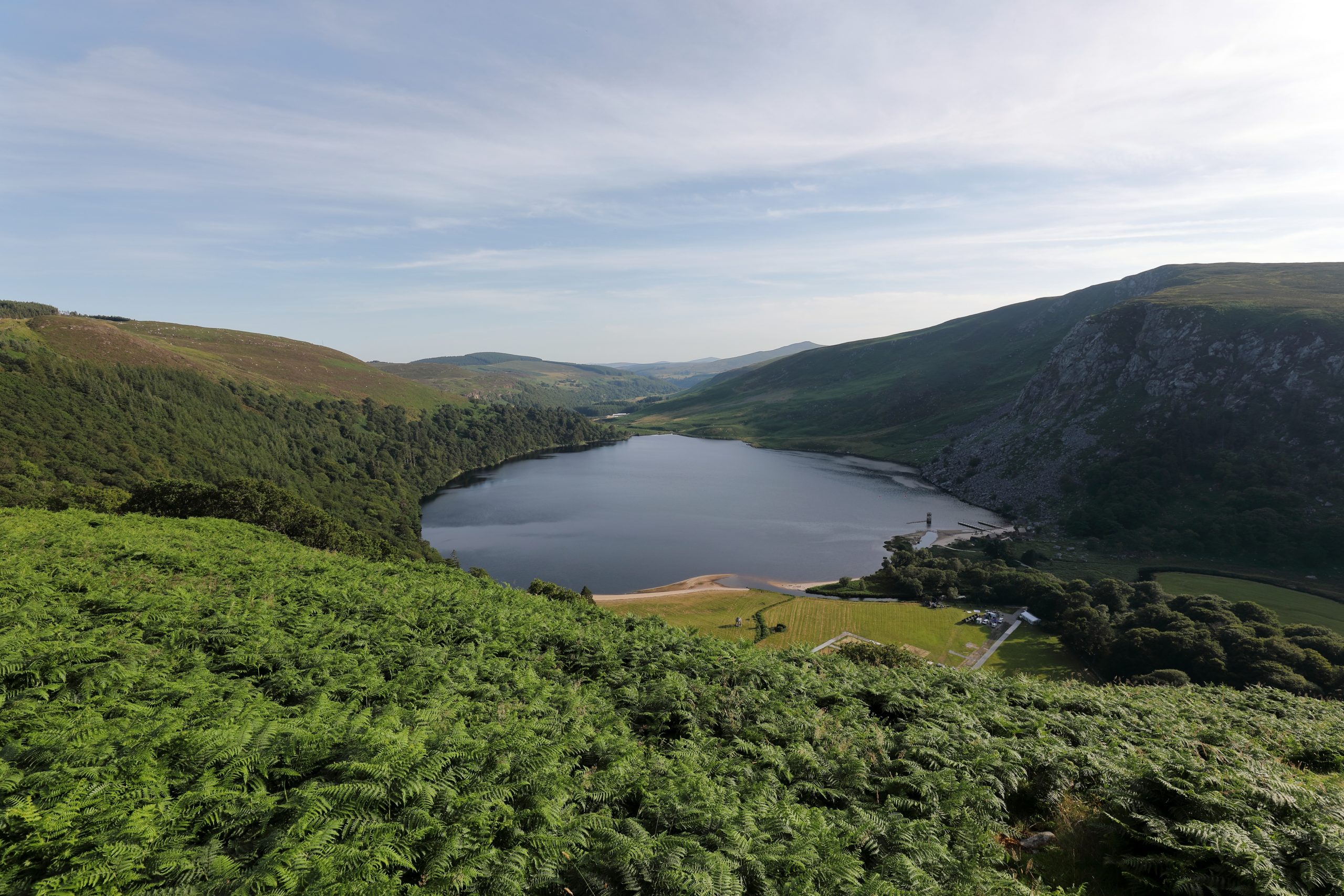 Guinness and Paddy’s Day go hand in hand, but why not turn that notion on its head this year and take a wholesome hike up Lough Tay to the Guinness Lake? Arguably one of the most photographed tourist spots in all of Ireland (alongside Glendalough and the Cliffs of Moher), the Guinness Lake can be found in the Wicklow Mountains, along the Sally Gap Drive. While the lake itself is situated within a private estate, it’s visible from several viewing above and it really is as breathtaking as the photos would have you believe – it’s actually even better in person.

And as we all know, physical exertion is thirsty work, so you’ll probably want to celebrate with an actual pint of plain after which you can do at any of the nearby pubs.

Take in some trad 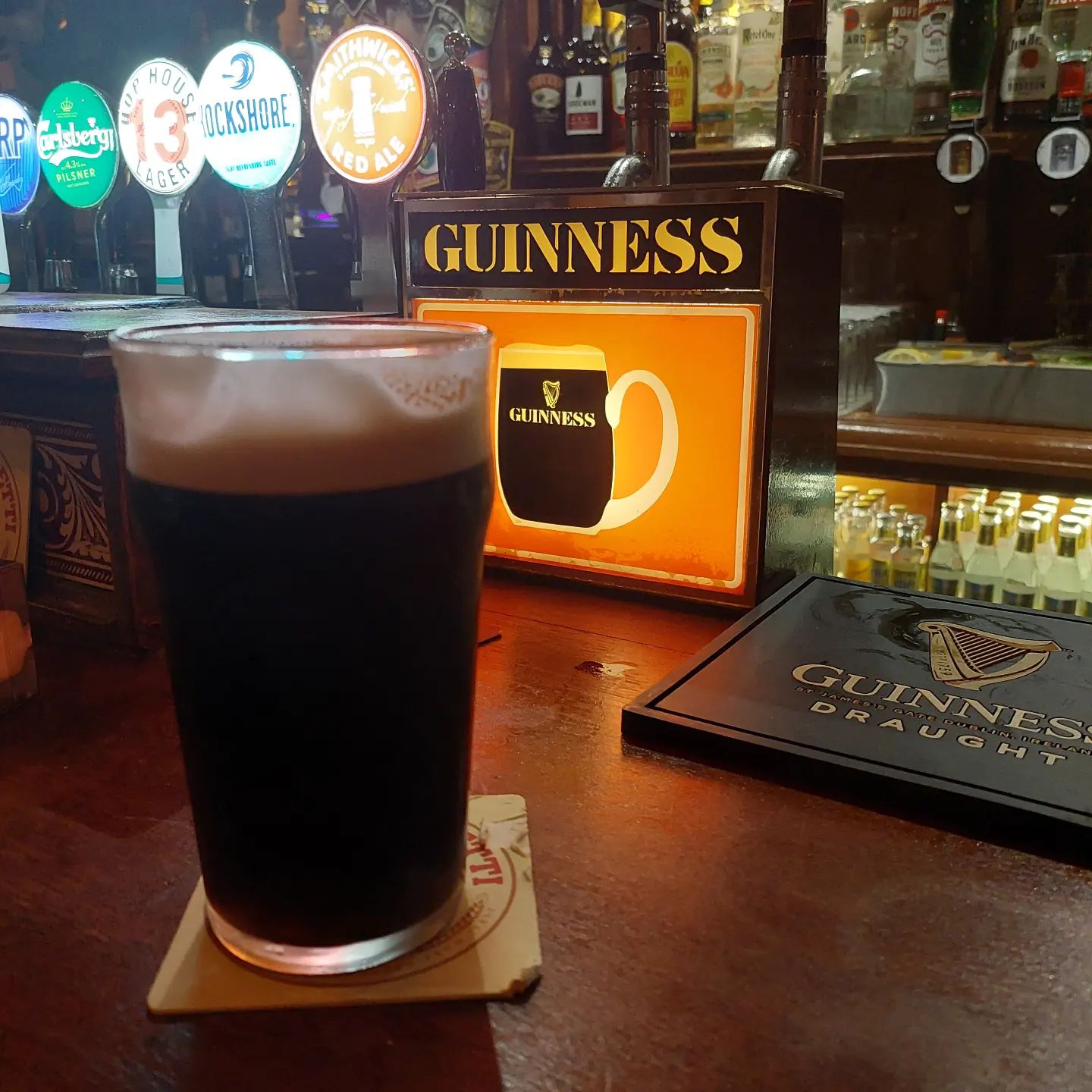 Our national holiday is always scored by the sound of trad music and after two years of silence, we couldn’t be more excited to spend Paddy’s Day (and all weekend, for that matter) drinking in the atmosphere in our local. Galway is often thought of as the cultural heart of the country and it comes alive whenever there’s cause for celebration. There are so many places to choose from when on the hunt for a traditional music session and you really can’t go wrong with any of ‘em, though I have to say Tigh Chóilí is a personal favourite.

Easily recognisable by its bright red exterior, the place is nearly always full but that only adds to the feeling that you’re being let in on something really special. All ego goes out the window and it’s just pure heart from the musicians who remind us what we love so much about this little country. 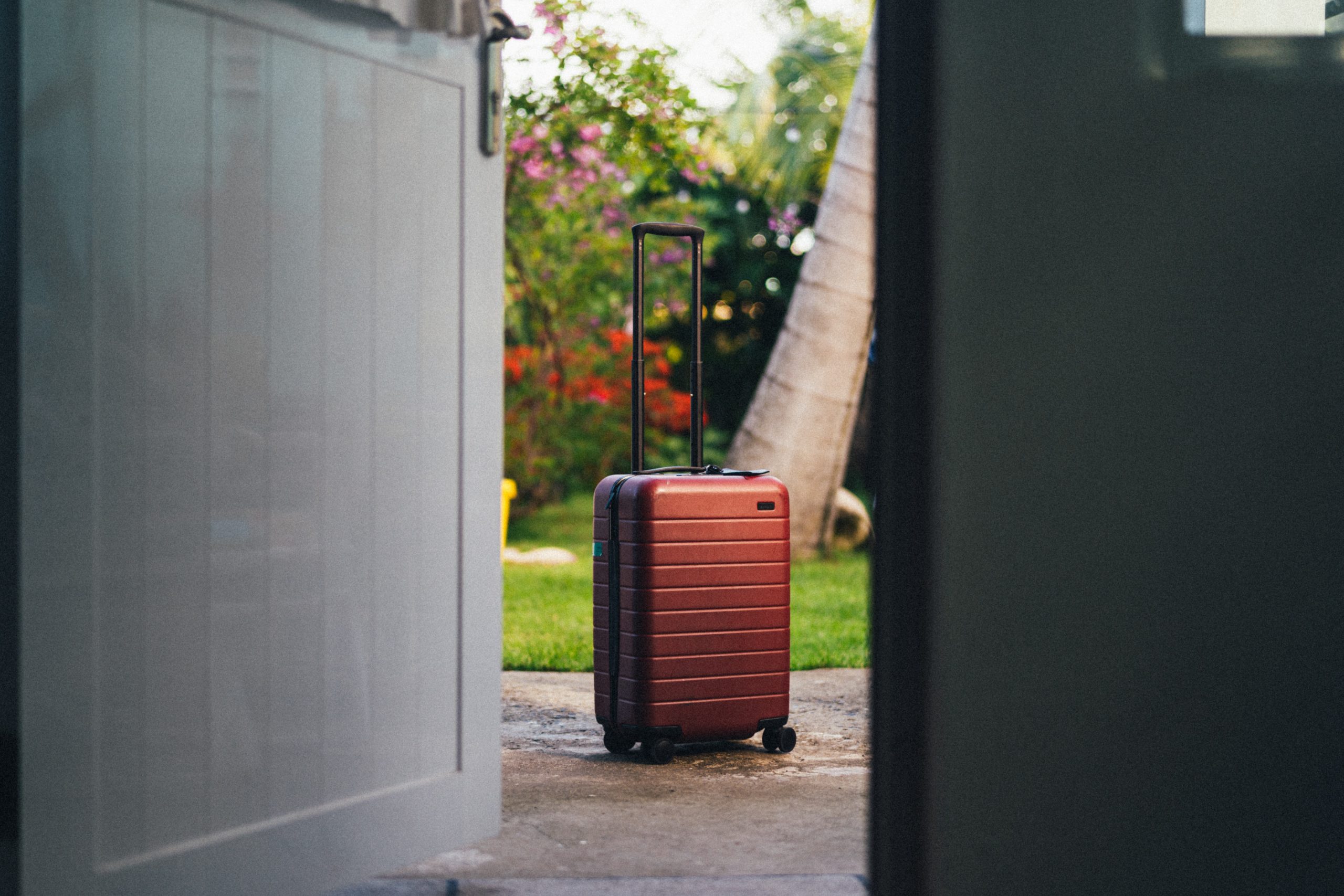 While celebrating Paddy’s Day abroad may not sound like the most Irish way to mark the occasion, it’s not often we’re given a four-day weekend to play with. Already with a backlog of places we want to visit but haven’t had the chance to yet (thanks, pandemic), March is a great time to jet off for a quick city break. In further good news, both Ryanair and Aer Lingus have some very cheap flight deals on at the moment so it’s definitely worth looking into. Convince someone to go with you and you can split the cost of luggage too. Now, for the important question – where to first?!

Go to the St Patrick’s Festival 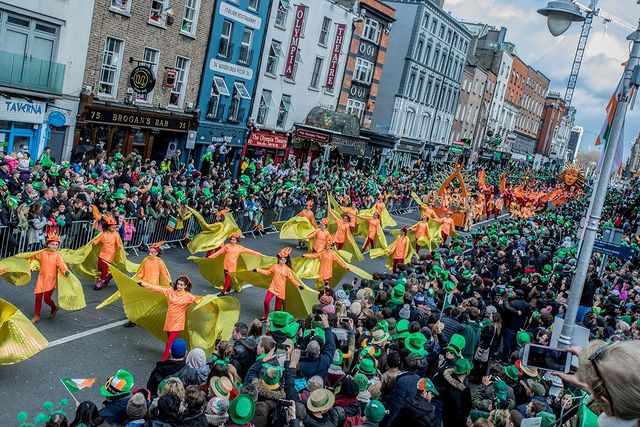 Going to a Paddy’s Day parade was an intrinsic part of our youth; there wasn’t a year that went by that we didn’t don our greenery and grab our tin whistles for the annual pilgrimage through town. We loved it when we were young, then went off the idea as we got older… and now after two years of nothing, we’re back in favour of a good old fashioned parade once more. Recently confirming that this year’s St Patrick’s Festival will definitely be going ahead, organisers have revealed that they have a very stacked lineup to make up for lost time. That includes food and craft traders, marching bands from around the world… and yes, probably more than a few leprechaun hats too. If you can’t beat ‘em, join ‘em. 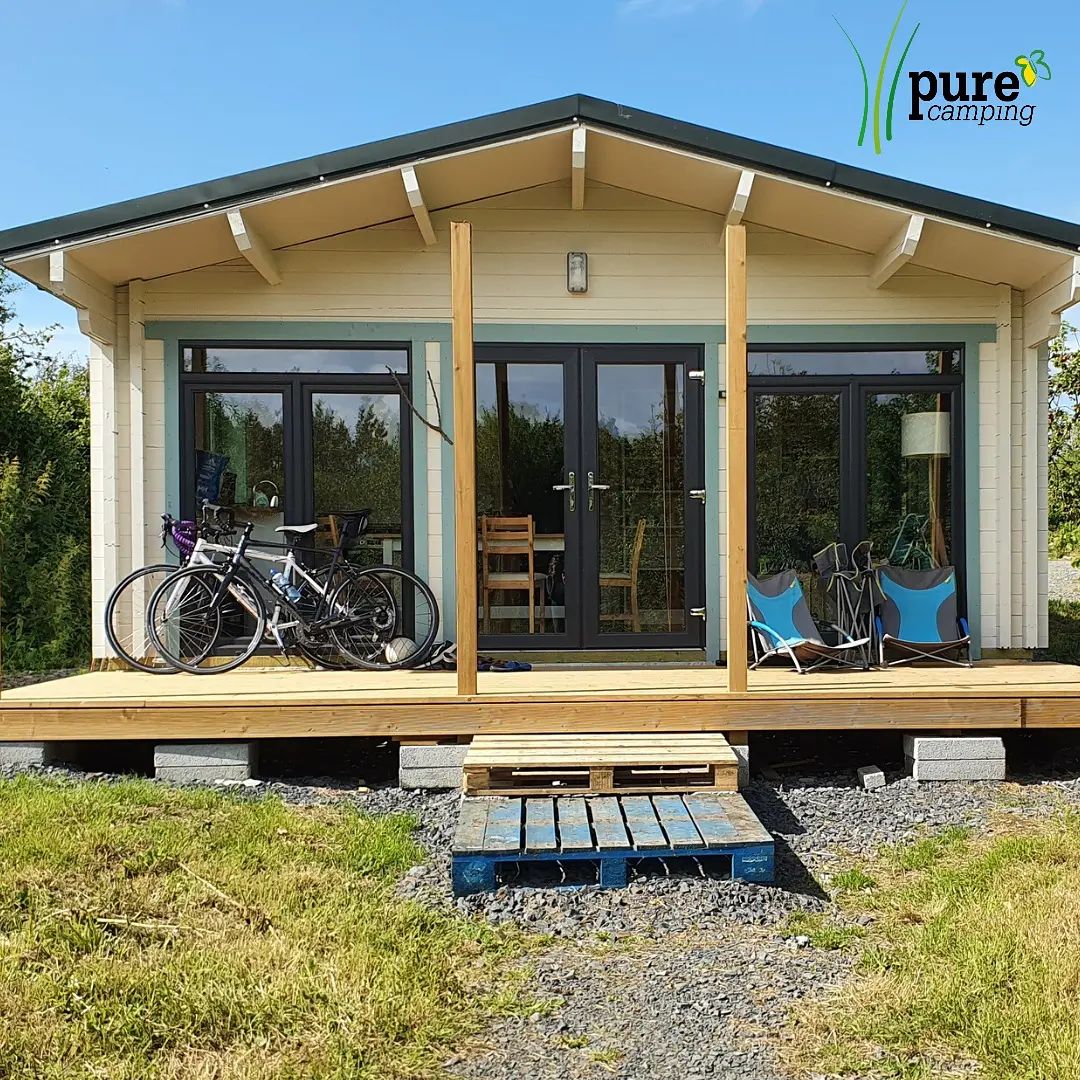 Now, I know what you’re thinking; the unpredictable Irish weather doesn’t always cooperate where camping plans are involved. Well, yes, you’re dead right… but that’s not an issue thanks to Pure Camping in Co Clare. An eco campsite that really puts the “glam” in glamping, they offer everything from wooden lodges to wooden cabins, bell tents and tent pitches with camper van bays. In other words, you won’t have to worry about sitting in the rain,  hating your life.

Run by husband and wife, Trea and Kevin, the duo also put on regular yoga workshops which will really help you close out the weekend feeling zen and refreshed.

This spacious country home in Co Cavan is on the market for €299,000

Inside this modern contemporary Cork home on the market for €595,000