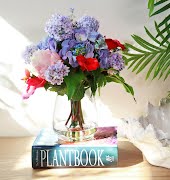 Watch: Trailer for the new season of Derry Girls is released

This is something to brighten up your morning.

Derry Girls, the raucous sitcom explores the lives of four cheeky Northern Irish teen girls (and one unobtrusive boy) growing up under English oppression in the 1990s is back for a second season.

The initial season was laugh-out-loud hilarious and a phenomenal hit; it became Channel 4’s most-watched comedy since 2004. Also, its opening episode is also the single most-watched TV programme in Northern Irish history.

Set during the Troubles, screenwriter Lisa McGee used her upbringing in Derry as inspiration for the show which revolves around four female friends who attend a convent school.

In the teaser, we meet the group on a school trip, where they meet/befriend some Protestant “lads.”

The brilliant 90s soundtrack and searing one-liners are still there as well as the main cast and characters all who return.

Channel 4 has yet to release a premiere date but it’s surely due in the coming weeks.

In the meantime, why not stream season one and watch the trailer for season 2 below: