The wait is nearly over. Despite reports that we wouldn’t see the fourth season of The Crown until next year, Netflix announced today that it will in fact premiere this November

The most anticipated season of The Crown yet will land on Netflix this November. Among other things, season four will focus on Diana and Prince Charles’ courtship and subsequent marriage in 1981 when the late princess was 20, as well as Britain’s first female Prime Minister Margaret Thatcher, and the growing tensions within the royal family.

The trailer is narrated with a recording of the actual speech given by the Archbishop of Canterbury Robert Runcie during Charles and Diana’s wedding in 1981, when he famously said of their marriage:”Here is the stuff of which fairy tales are made.” The couple seems happy and carefree at the start – but it was not to last.

With the start of a new decade, the nation begins to feel the impact of divisive policies introduced by Britain’s first female Prime Minister Margaret Thatcher (an unrecognisable Gillian Anderson), tensions arise between her and the Queen which only grow worse as Thatcher leads the country into the Falklands War, generating conflict within the Commonwealth. 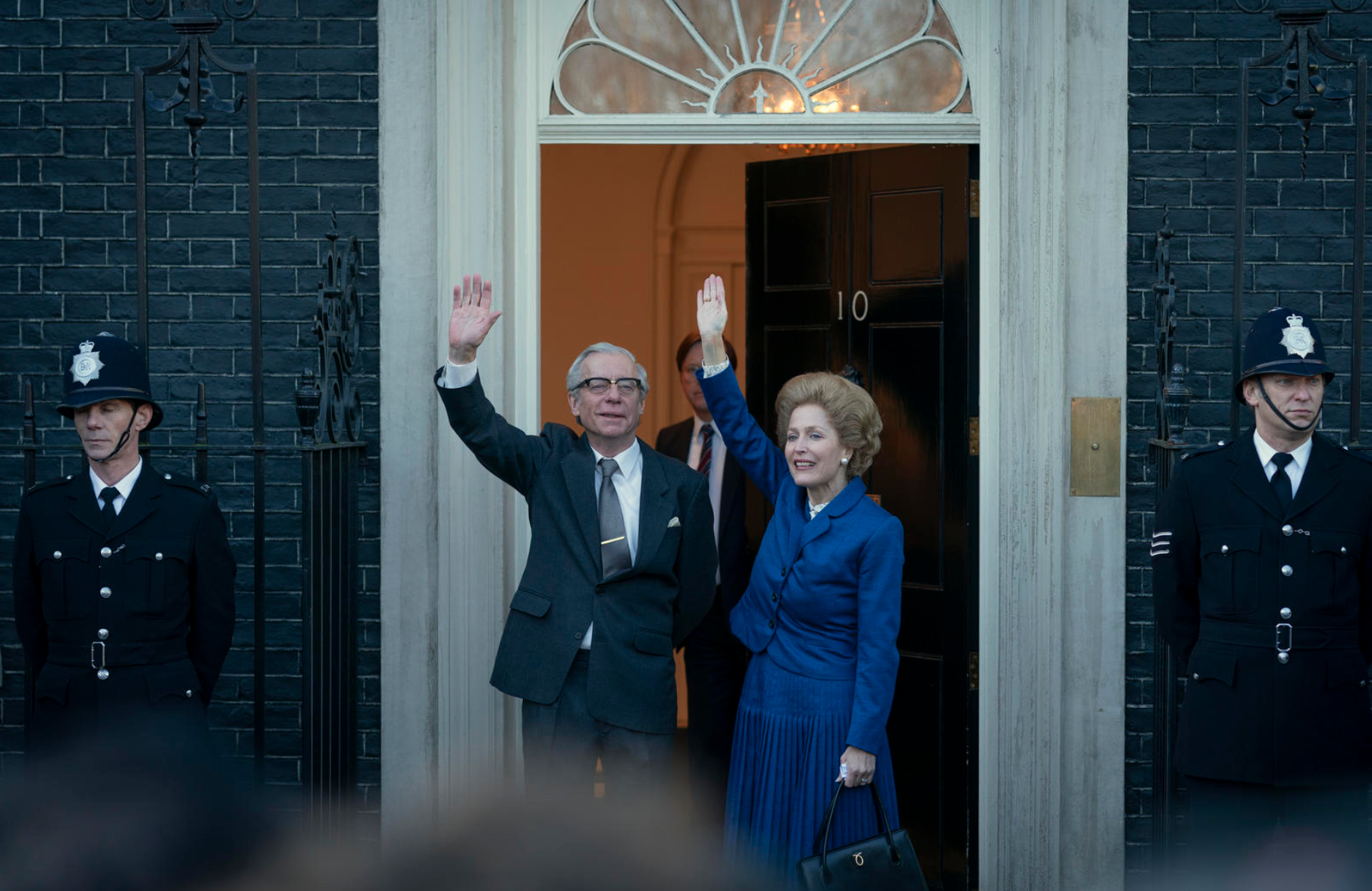 Claire Foy will also reportedly make a return appearance this coming season. Olivia Colman took over the role of Queen Elizabeth from Foy for season three — and will continue on for season four. However, Foy was recently spotted filming a flashback scene for the series, rumoured to be a re-creation of the famous radio broadcast then Princess Elizabeth made from South Africa in 1947 to commemorate her 21st birthday.

The clip also gives us a glimpse at Princess Diana’s wedding dress and her growing isolation as she struggles to adapt to the pressured life of a royal and intense public scrutiny.

It was announced earlier this summer that Imelda Staunton will succeed Olivia Colman as Queen Elizabeth II for the sixth and final season of The Crown. Prince Philip has also been cast, alongside Princess Margaret.

You can watch the trailer for Season 4 below:

The Crown Season 4 will premiere on Netflix on November 15th