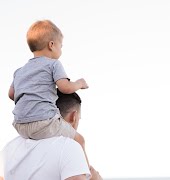 Watch: 8 Of The Best Glastonbury Performances

For music?fans, Glastonbury, a long weekend of world-class performances from some of the best musicians around the world (with guaranteed mud) is a calendar highlight – whether you’ve been lucky enough to nab tickets or are watching on a screen from afar. Adele is headlining on Saturday and in anticipation of what is sure to be an amazing show, we’re treating ourselves to some of the greatest Glasto sets ever. Scroll down for eight of our favourites:

They headlined just a couple of weeks after they released OK Computer, and at the time it was described as “the most inspiring festival gig in 30 years,” and everybody still loves it.

Because The Boss is simply magical once he hits the stage.

This memorable music moment occurred?almost thirty years after his first Glasto appearance and despite the fact that he had been ill a week before the show with laryngitis, Bowie never sounded better. It’s still hard to believe he’s left us.


She was three months pregnant at the time of this set and it didn’t hold her back one iota. She wowed us, the world and cemented her status as one of the greatest living music stars.

She’s an icon and brought rhinestones, glamour and the sing-a-long well needed to get us through the mud and rain.?There was classics galore, chanting and rapping as the sun went down, and it was brilliant.

The band graced the stage by chance; the Stone Roses dropped out last minute and they were called on to save the day. ?Sometimes, things are just meant to be and this is one such moment in time.

When it was reported that the rapper would be headlining, Noel Gallagher wasn’t pleased, calling the decision “wrong.” Jay Z responded by opening his now infamous set with a spot of?Wonderwall?karaoke and silencing haters with an amazing incredible show.

Arcade Fire from delivered one of the most memorable Glasto sets of recent years, technical?hitch aside. Charisma, stage presence and raw talent; this Canadian band have it all in spades.