War Horse is a cultural phenomenon. Adapted from Michael Morpurgo’s 1982 children’s novel, this tale of a young man named Albert and his horse Joey during WWI was adapted into a live-action play meets large-scale puppet show and premiered in 2007 at the National Theatre to immediate and almost unexpected acclaim. It was a difficult drama to adapt to the stage, what with its necessary equestrian focus, but South African-based Handspring Puppet Company constructed massive and intricate contraptions that were manipulated by masterful puppeteers to bring this war story to the masses. These feats of engineering weigh 120 pounds and take nine months to build, so it’s nice to see they were worth the effort. In 2009 War Horse arrived in the West End where it still entrances theatregoers. 2011 saw its millionth audience member, the same year the show went to Broadway for a successful two-year stint (2011 seems to have been War Horse‘s year – Steven Spielberg’s hit movie adaptation of the novel also arrived in cinemas that winter). War Horse has toured the States and six months ago embarked on a UK and Ireland tour which has so far encompassed Birmingham, Plymouth, Manchester, Southampton, and now Dublin. 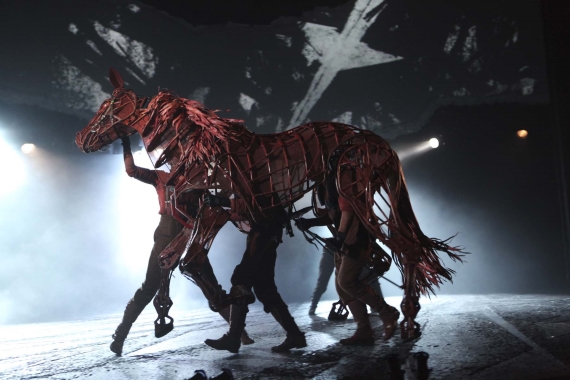 Lee Armstrong is the young actor bringing the lead role of Albert to life. This Geordie boy told us he ?can’t wait to get over to Dublin? when we spoke the weekend before St. Patrick’s – he celebrated in London with his two Irish mates – and filled us in on his career, how one acts opposite puppets and why War Horse has such incredible staying power.

Lee grew up in Newcastle where his school didn’t have a drama department. ?I decided I wanted to be an actor when I went to the National Youth Theatre, which was just something I sort of auditioned for by fluke,? he explains. This ?fluke? led to his creative awakening. ?I got to hang out with quite a lot of similar creative young people who were about my age from different parts of the country while being tutored by leading professionals in the industry. I thought that was really cool, this is what I want to do. Then I started auditioning for acting school. I didn’t get in anywhere in the first year.?

Everyone knows acting is a slog so it’s no surprise Lee’s nascent acting career has been characterized by hard luck, hard work and an amazing attitude. Lee describes this initial rejection as??quite normal, really.? His dreams of treading the boards weren’t entirely dismissed, though. East 15, an acting school in London started by Joan Littlewood, the theatre director responsible for groundbreaking satirical musical Oh What A Lovely War, accepted Lee on a foundation course where he learned the basics of acting and how to audition for acting schools. ?I auditioned again, still didn’t get anywhere but East 15 said they loved me and they wanted to take me on for three years. It has been two years since Lee graduated from their three year programme and six months ago he landed the career-making role of Albert aged 24. He is six months into an eighteen month run that requires trading his strong Newcastle accent for a Devonshire one (that’s where the play takes place). 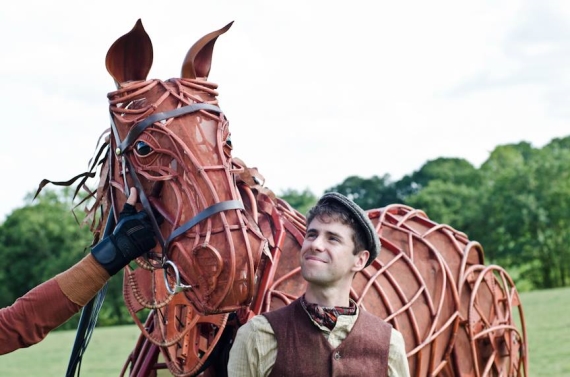 In light of the war’s hundred-year anniversary does he feel a certain responsibility towards the role? ?I think the whole cast and everyone who is involved, even the National, feels a – I don’t think responsible is the word – but feels the importance of this show on the centenary. It was a time when people like Albert or Joey were almost like cannon fodder for the?kings and the politicians of various different countries. I think because of that war it was the first time the working class realised it was time to start sticking up for themselves. Lots of things changed because of it. We learned?as a country, and so did the whole of Europe, the real price of war. I think it is something that should never be forgotten and I hope that bringing this story to all the different communities of Britain and Ireland, it isn’t forgotten for a long time to come.?

During the Great War one million horses, mules and donkeys were sent to the Western Front to assist the British Army. Only 67,000 returned, the fields of Flanders claiming the lives of the other 933,000. Before embarking for the valley of death the horses underwent training at so-called Remount Depots peppered throughout the United Kingdom. There were even three depots run entirely by women. ?The amazing thing about WWI was that, because we lost so many men fighting in Europe, it was the first time women got the opportunity?to work and the first time that society went actually women are pretty bloody good at working, they should be allowed to do it as well. It was a time of great social change for the better, I think. Again, that needs to be understood.? 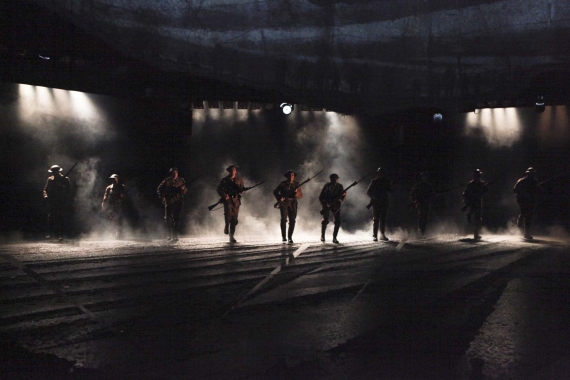 And how did Lee prep himself for acting with a giant horse-puppet? ?I decided I’d do a bit of research and go to some horse riding lessons,? the novice horseman admits. ?I can now do a canter and jump over stuff and it informed the interaction that we’d have with horses in rehearsal and on stage. The puppeteers are amazing and the integrity of their work is second to none. It’s all about the realism of a horse. They really get into the mind of these creatures.? They also shake it up every night, with slight changes. Not every night is the same. “It just keeps it fresh. It keeps it exciting and fun.?

The National Theatre’s War Horse makes its Irish premiere in the Bord G?is Theatre this evening and runs until April 26th. For more details and to book tickets see here.