20/11/2019 NO REPRO FEE. Andrea Corr (HarperNonFiction) winner of Ireland AM Popular Non-Fiction Book of the Year for “Barefoot Pilgrimage” pictured at the An Post Irish Book Awards on Wednesday, 20th November 2019. Joseph O’Connor, Vicky Phelan and Andrea Corr were among the winning authors at this year’s An Post Irish Book Awards, held in Dublin this evening. First awarded in 2006, the An Post Irish Book Awards showcase a diverse mix of exceptional writing from new and established writers across sixteen categories, with this year’s star-studded awards ceremony taking place in the Convention Centre Dublin. A host of Ireland’s leading writers, publishers, booksellers and media personalities were all in attendance to see the winners claim their awards. Acclaimed Irish author and journalist Colm Tóibín received the Bob Hughes Lifetime Achievement Award in recognition of the central position he has occupied in the cultural life of Ireland for over three decades, with works including Brooklyn, The Master and The Testament of Mary. This year’s ceremony was hosted by Miriam O’Callaghan and Evelyn O’Rourke, and full highlights of the An Post Irish Book Awards will be broadcast on RTÉ One at 11.15pm on Saturday 23rd November. Below is the full list of winners for the ‘An Post Irish Book Awards 2019’: RTÉ Radio 1 Listeners’ Choice Award • Overcoming – Vicky Phelan with Naomi Linehan (Hachette Books) – Championed by Ray D’Arcy Bord Gáis Energy Sports Book of the Year • Recovering – Richie Sadlier with Dion Fanning (Gill Books) Avoca Cookbook of the Year • Cornucopia: The Green Cookbook – Tony Keogh, Aoife Carrigy, the Chefs of Cornucopia, Deirdre and Dairine McCafferty (Gill Books) Irish Independent Crime Fiction Book of the Year • Cruel Acts – Jane Casey (HarperFiction) Bookselling Ireland Non-Fiction Book of the Year • Constellations – Sinéad Gleeson (Picador) TheJournal.ie Best Irish-

It was a night where Irish literature was celebrated and acclaimed. A night where the very best of our writers were given their much-deserved dues and accolades.

Writers, media personalities and publishers gathered last night at Dublin’s Convention Centre for this year’s An Post Book Awards. The awards, which are decided by the public, received more than 115,000 votes this year to determine the winners.

Among this year’s winners were campaigner Vicky Phelan who won the RTÉ Radio 1 Listeners’ Choice Award for her memoir Overcoming and singer Andrea Corr whose biography Barefoot Pilgrimage won the Ireland AM Popular Non-Fiction Book Award.

Emer McLysaght and Sarah Breen, the duo behind the popular ‘Aisling’ series, were awarded the National Book Tokens Popular Fiction Book of the Year accolade for Once, Twice, Three Times an Aisling. The Bord Gáis Energy Sports Book of the Year went to former footballer Richie Sadlier for his autobiography Recovering, while Cornucopia: The Green Cookbook was the Avoca Cookbook of the Year. 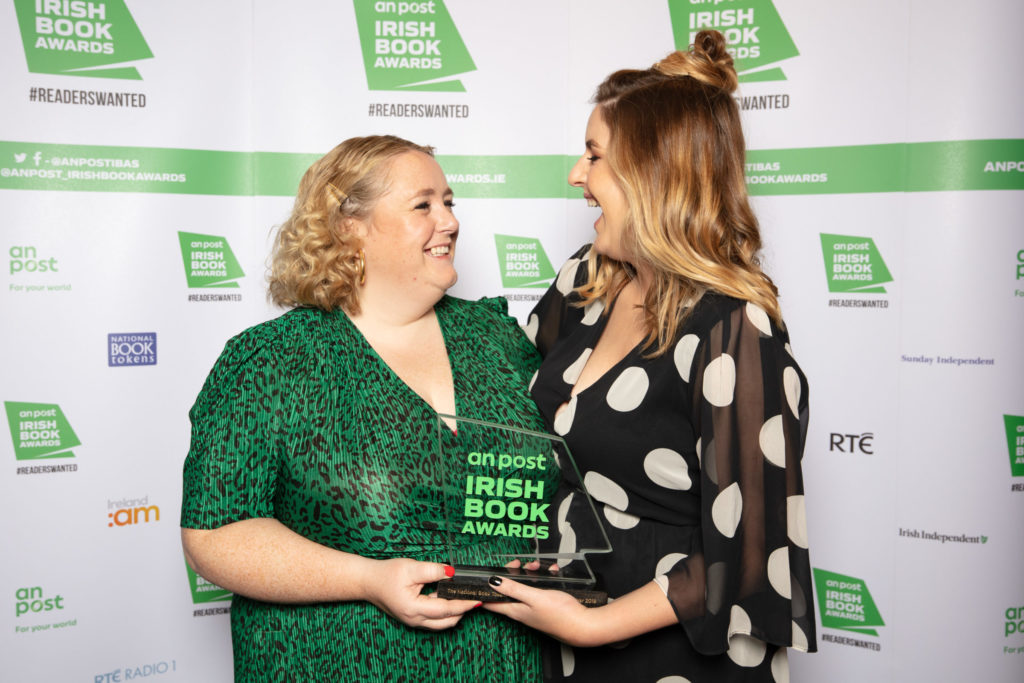 Children of the Troubles by Joe Duffy, which honoured the children who died during the Northern Ireland conflict, was named TheJournal.ie Best Irish-Published Book of the Year winner. Elsewhere, Sinead Gleeson was victorious in the Bookselling Ireland Non-Fiction Book of the Year category for Constellations and When All is Said by Anne Griffin was named the Sunday Independent Newcomer of the Year. 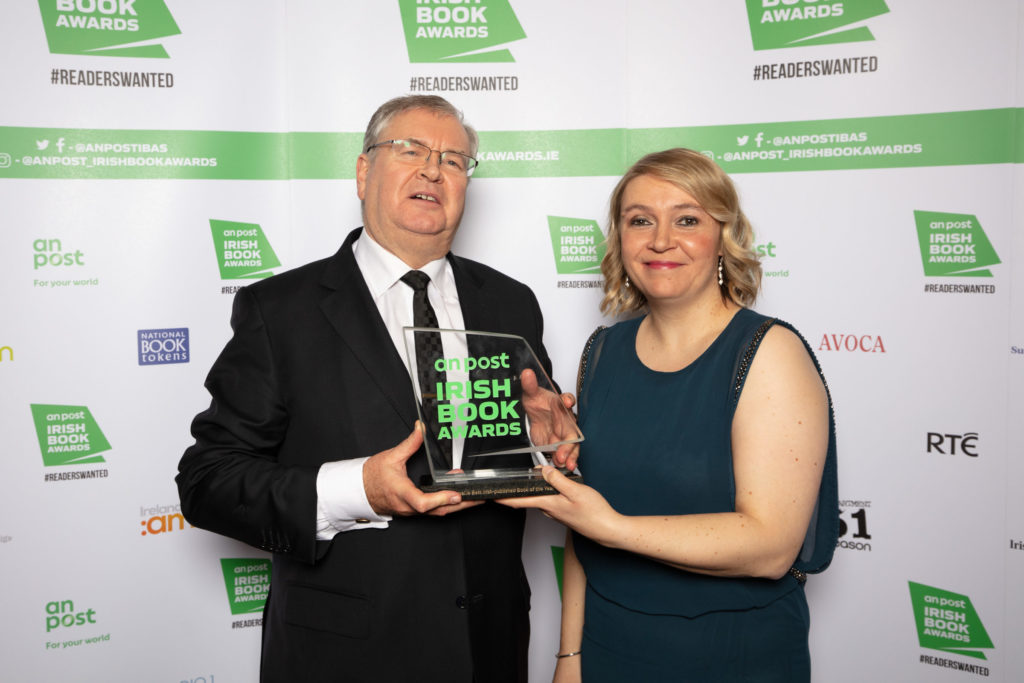 Popular author and journalist Colm Tóibín received the Bob Hughes Lifetime Achievement Award in recognition for his contribution to literature in Ireland. Some of his most famous works include Brooklyn (which was adapted into an Oscar-nominated film) and The Testament of Mary.

Maria Dickinson, Chairperson of the An Post Irish Book Awards, said of this year’s winners: “Many of our winning authors reflect on contemporary or historical issues within Irish society, while others amuse, inspire and enthrall through fantastic story-telling.

“Both the winning authors and all our shortlisted titles are a terrific testament to the strength and vitality of Irish writing – and long may this continue.”

The public can now vote for their overall An Post Irish Book of the Year here. The winner will be announced in January. Last year’s winner was author Emilie Pine for her selection of essays called Notes to Self.

Avoca Cookbook of the Year

Shooting for the Stars – My Journey to Become Ireland’s First Astronaut – Norah Patten, illustrated by Jennifer Farley (The O’Brien Press)

Sunday Independent Newcomer of the Year

When All is Said – Anne Griffin (Hodder & Stoughton)

Ireland AM Popular Non-Fiction Book of the Year

Eason Novel of the Year

Read more: You LOL’d, you cried, you rubbed shoulders with the authors making you laugh

Read more: ‘I’ve been battling hardship since I was 19’ – Vicky Phelan