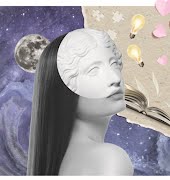 These amazing dollhouses are my new favourite source of interiors inspiration

‘Everyone should use a topical retinol’ — dermatologist Dr Rosemary Coleman on the essential skincare...

The last year offered up a wealth of great Irish reads. As part of the Irish Book Awards, sponsored by An Post, we’ve rounded up just a small selection of the countless books we’ve loved in 2019

In 2019, we have been spoilt for choice with the sheer vibrancy and breadth of fresh Irish tomes. There is a definite global spotlight on Irish writing and storytelling these days, with Irish authors pushing the boundaries. From literary page-turners to refreshing takes on historical fiction, all are tales that have delighted, enthralled and made us yearn for just one more chapter. Ahead of the An Post Irish Book Awards 2019, we’ve compiled a selection of just some of the Irish reads that have thrilled us over the past 12 months. Add them to your must-read lists before the year is out.

A depiction of girls kidnapped by Boko Haram in 2014, this is not an easy read, but it is an essential one. O’Brien embarked on visits to Nigeria to talk with some of the survivors in order to create a vivid and harrowing depiction of the terrifying savagery the women were forced to endure. Our young narrator is Maryam, who was abducted from school and writes of her ordeal in a hidden diary as her act of defiance and rebellion. Her suffering is brutal; she is tortured and raped but determined to survive. She eventually escapes, but her journey is far from over. How is life ever to return to normal? Raw and powerful.

Even amongst the most trying of obstacles, life can still be saved, can be lived. In this powerful memoir and collection of essays, this is what Gleeson beautifully reflects on. This is her journey, in her body, as it rebels on her in countless ways: monoarticular arthritis (of which symptoms started when she was just a teen) to aggressive acute promyelocytic leukaemia when she was just 28. Her stories are political, poetic, star-gazing… they stir the soul. This one is unforgettable.

OTHER WORDS FOR SMOKE BY SARAH MARIA GRIFFIN (TITAN BOOKS)

Visions of a face in the wall, a haunted house and those who linger behind its mystical walls were the inspirations for Griffin’s beautifully compelling novel set in Co Wicklow. It centres around twins Mae and Rossa’s summer away from home, which becomes something extraordinary when they discover a mysterious house – and what lingers inside. When two women from the house suddenly go missing, no one knows why. The book gives us an eclectic mix of themes, from teenage hormones and identity to queer love and sexual awakening, and is a compelling read.

Related: ‘My favourite part? Finally figuring out how the house would go on fire’

WHEN ALL IS SAID BY ANNE GRIFFIN (SCEPTRE)

Eighty-four-year- old Maurice Hannigan sits at the bar of a grand hotel in a small Irish town, ready to raise a glass. Not just to give one toast, but five. In a single night, he’ll tell his stories, all revolving around the people that meant the most to him: his elder brother Tony, who died of consumption at an early age; his stillborn daughter Molly; his sister-in-law Noreen, committed to an asylum; Maurice’s only surviving child, Kevin, who left to pursue a career in America; and his beloved wife Sadie, whose death is still raw. Stories of joy, sorrow, and secret tragedies – all told by quite a character.

This is a series of deeply personal essays written after the young writer’s grandfather, John Joe, passed away. Maleney, who uses the recording of sound (and, briefly, the taking of photographs) as modes of memory preservation, witnessed first-hand his grandfather’s descent into ill health as Alzheimer’s slowly took hold. In twelve stories, he recounts his grandfather and his home in the rural Midlands. Each is loosely connected and based around the themes of home, memory and belonging. John Joe’s memory loss, his deterioration, his fear, and what’s around him; the landmarks, the sounds and silence all interweave across the collection.

It’s tricky to take on a literary figure as infamous as Bram Stoker, but O’Connor does it with aplomb. This late 19th-century saga is a reimagining of the real-life relationship between Stoker and two stars of the Victorian theatre, Henry Irving (known to be the inspiration for Stoker’s masterpiece, Dracula), and Ellen Terry. Stoker leaves Dublin for London to run Irving’s theatre, the Lyceum, and the three forge a friendship, with both men infatuated by Terry. It’s Stoker who is unremarkable here and yet, Dracula waits in the wings as inspiration starts to form. Hugely entertaining.

Related: ‘Bram Stoker is commemorated in the best way, by being read.’

Charlie Savage is a middle-aged Dubliner with an indefatigable wife, an exasperated daughter, a drinking buddy who’s realised he’s been a woman all along… and he’s in the autumn of his life, you could say. Though he never would. Even while his memory lets him down, essentially he’s the same Charlie Savage he has always been. He’s a family man, a football fan, and he’s hilariously funny. Compiled for the first time is a whole year’s worth of this hilarious series for the Irish Independent. It’s classic Doyle and a true pick-me-up.

Are you #LivingYourBestLife? Ali Jones definitely isn’t, but so badly wants hers to change that she figures upping her Insta-game (and follower count) is the answer. When she’s nominated for a Glossie Influencer Award, she thinks her luck has finally arrived, but then there’s the rumour. One even a filter can’t help. Ali’s idol, Shelly Divine, is living a life of dreams, but her own shiny reality is teetering on the rocks. As the award night grows closer, who will crack under the pressure? Hilariously relatable, this takes the best and worst of social media and puts it proudly on the page.

I CONFESS BY ALEX BARCLAY (HARPERCOLLINS)

We meet a group of friends on the Beara Peninsula for a night. It’s a cause for celebration; a reuniting of seven childhood friends at a luxury inn. Time deftly alters between a birthday party reunion of six fortysomethings in the present day and their childhood and teenage years, of which each was marred by the death of a friend and many childhood secrets. A night meant for fun and laughter takes a sinister turn when a storm reveals a murder has taken place on the grounds – but is the killer closer to home than any of them realise? Barclay is a seasoned writer and this, her first thriller set entirely on Irish shores, keeps readers guessing right until the very end.

Related: Alex Barclay: ‘I’m obsessed with twists so there’ll always be one at the end’

Growing up on a tiny island off the coast of a grim dystopian Ireland, Orpen has a solitary childhood on the westerly island of Slanbeg. She has only her mother and her mother’s partner – and Orpen’s future mentor – Maeve for company. But when Orpen comes of age on her seventh birthday, she must begin a gruelling training regime if she is to survive. In her brutal, post-apocalyptic world, she must stay alive, far from the army of zombie-like creatures known as skrakes, who are always looking for prey. Stay away, her mam warned, from them, from people, from men. But everything changes when Maeve