Two households, both alike in indignity… This week saw the Dublin opening of two plays with women at the core of domestic settings. First up was Patrick Marber’s chilly, contemporary adaptation of Ibsen’s eponymous Hedda Gabler at the Gaiety and Deirdre Kinahan’s potty-mouthed The Unmanageable Sisters at the Abbey, a Ballymun reimagining of Michel Tremblay’s 1968 tragicomedy, Les Belles-Soeurs.

While written seven decades apart, what both plays share are female protagonists thwarted by the patriarchal norms of their times. Hedda Gabler is a doomed antiheroine; a woman of privilege (and societal expectations) who, in her abject boredom of a loveless marriage to Tesman, a frustrated academic, inflicts a vicious assault on everyone around her. “It was time to settle, so I settled,” she says of her new husband, her honeymoon pregnancy more a curse than a blessing. The enormous home that they cannot afford is more mausoleum or tomb than a love-nest – none more so than when a manic Hedda staples flowers into the walls and tosses a manuscript on to the fireplace-turned-pyre. Hedda (here played by Lizzie Watts) has manipulated everyone in her orbit but ultimately becomes the victim of her own misguided success. 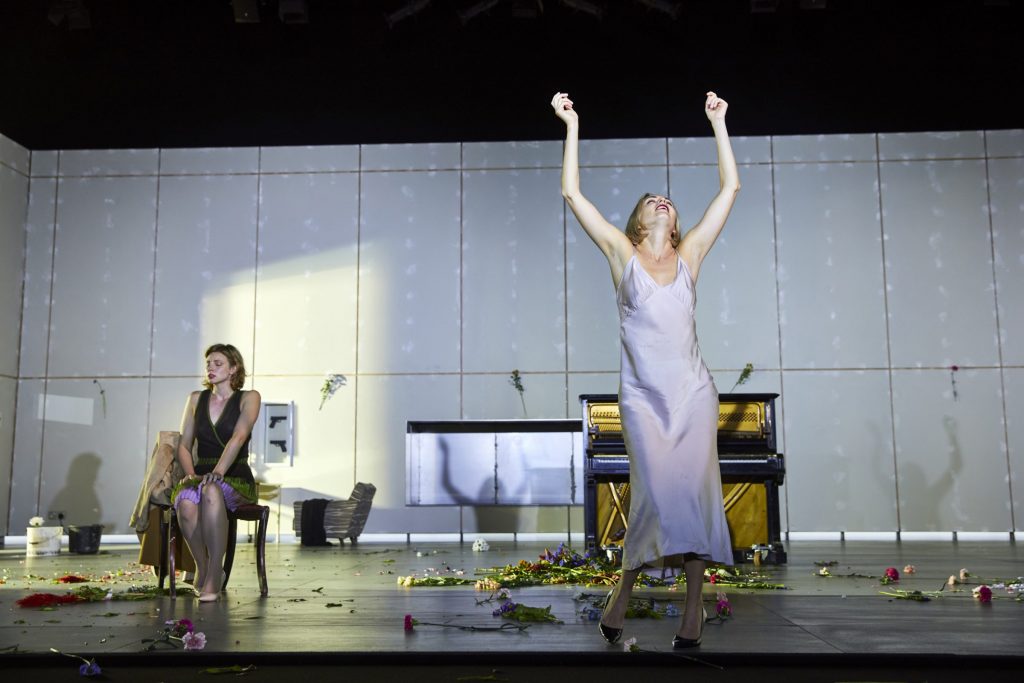 The women in The Unmanageable Sisters – while being at the polar-opposite end of the economic spectrum – are also repressed by a male-biased society. They assemble at the shabby flat of Ger Lawless (the always-brilliant Marion O’Dwyer) for what essentially becomes a pity party of who is the most tired mum, the more marginalised wife, the most devoted Catholic. Ger has won a million Green Shield stamps and plans to redeem against everything in the catalogue, from shag-pile carpets to a modern marvel, the SodaStream. But when she invites her family and “friends” over to help stick stamps into their booklets, rampant jealousy ensures an evening of bickering and bile that highlight individual insecurities and backstories, each one fundamentally shaped by patriarchal constraints.

On the surface, the well-heeled British Hedda, couldn’t be more different from these working-class women of Ballymun. But they all aspire for a better life, for the same freedoms that their male counterparts enjoy and exploit without fear of reprisals or judgement. The former skulks and flounces around an empty home she wishes to fill with high society and effervescent conversation. The Ballymun women – impotent in the face of indifferent husbands, gobby children, mounting bills and a controlling church – long to clutter their tatty flats with keeping-up-with-the-Jones’ status symbols. “Do I look like a winner to you?” they each lament in a bawdy, slapstick first act that segues into melodrama.

At the denouement of each play is a final humiliation for both Hedda and Ger. Hedda’s demise is particularly visceral, making this writer feel particularly uncomfortable by the choices of director Ivo van Hove and writer Patrick Marber (how many more times must we see women ritually humiliated on stage and screen at the hands of male directors and writers?). Nor, for me, does the contemporary retelling quite work: Ibsen’s repressed society woman of 19th century Norway here becomes a “poor little rich girl”: a white, middle-class Brit-brat, who seals her own fate. First-world women have infinitely more choices in the 21st century so there’s very little jeopardy from her leaving Tesman, never mind the unlikely scenario that an affluent 30-year-old would marry someone she doesn’t love (or even like) in the first place. (Also, if you’re going to bring Ibsen into the 21st century, van Hove and Marber might have considered text messages as their characters’ prime form of communication than handwritten letters and telegrams. It has to be all or nothing).

In contrast, Kinahan’s Unmanageable Sisters are rooted firmly in 1970s Ireland. It’s a sitcom-cum-soap opera ticking off all the boxes you’d expect from an Irish kitchen-sink dramedy. It has wide appeal, offers few surprises and is conventional in its storytelling. At its best it showcases the immense laugh-out-loud talents of an all-female, 15-strong Irish cast (big high-fives to Mary O’Driscoll’s Yvonne) and – importantly – gives voice to a generation of working-class women that weren’t heard at the time. It is no coincidence that this play is staged at the Abbey, the birthplace of the #WakingTheFeminists movement. But what will ultimately advance this campaign and help normalise female voices, from the economically deprived to the overprivileged and every shade of grey in between, is the promotion of original writing by women – not adaptations of period texts written, produced and directed by men. Time’s up.