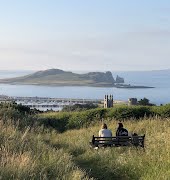 Social media gets a bad rap. Between online trolls, anxiety-inducing Insta-feeds and (shudder) comment sections, we are often told to avoid the online world to safeguard our mental health from its ill effects. But often, online communities can provide much-needed comfort and support, especially for women. And this recent Twitter clapback was the perfect example of just that – women coming together online to offer encouragement (and a lot of laughs).

On Thursday, user @lewisbcfc74 wrote the following about how he was apparently “sick” of girls being nice to each other:

While this is a distinctly weird thing to be annoyed about, it sparked off a much more positive response from the rest of Twitter. Lewis probably expected some online ‘lad’ high-fives in agreement from his 682 followers, but what followed was almost 2,000 replies of pure sisterhood.

Women from all over the world began to reply to Lewis’ tweet; first, to call him out on his ridiculous comment, and more importantly, to share some love with each other to discount his original point:

Fyi girls do it just to compliment other girls. If you have a problem with that, you might as well get off all of social media. They don't have to know each other pic.twitter.com/7rY6KmIFoq

Thank you so much!! I love your picture. You are so beautiful ?

Everyone commenting positivity in this thread is absolutely beautiful! ??

The thread was the perfect example of what I like to call “the girl’s bathroom effect”. The phenomenon of how women’s bathrooms turn into a bubble of light, positivity and everything good on nights out has long-been womankind’s best-kept secret, and here, we see it in full action on Twitter. I often wonder where all those lovely women in bar bathrooms who complimented my outfit, or gave me some much-needed advice, are now. Turns out they are alive and well, and still spreading positivity via Twitter.

We live in a time where everyone, including the media, puts an unhealthy amount of stock in the female catfight. Drama and rivalry between women are encouraged at every turn, whether they involve a romantic interest or job promotion. Women, however, are fighting back against the presumption that successful and talented women must have to hate each other in order to co-exist. Female solidarity has been the cornerstone of some of the defining social movements of our generation, including #MeToo and #TimesUp. Where women did not have support before, other women are now stepping up to the plate.

It all comes down to this; it’s nice to be nice. Do it when you can. Especially to your fellow ladies.

Friends in a pandemic: ‘Covid impacted our relationship hugely and I can’t say that the damage will ever be undone’