‘This is everybody’s story’: Vicky Phelan’s moving words on the Late Late

Vicky Phelan has been an inspiring and utterly heroic voice through every stage of Ireland’s CervicalCheck scandal, fighting her own cervical cancer, all the while putting the women of this country and their needs at the top of her list as she (and those who support her) battled for the Irish women were also grossly wronged in the scandal.

She joined Ryan Tubridy on Friday night’s Late Late to discuss her extraordinary journey so far and to talk of her new memoir, Overcoming.

She is fearless, gracious and unwilling to back down; after it emerged that in April of this year that she had been diagnosed with cancer three years after her smear test results of 2011 were incorrectly reported as clear, she immediately took action.

Vicky’s bravery in refusing to sign a non-disclosure agreement when she settled a High Court action for €2.5 million against a US lab over her smear test led to the country learning that more than 200 women diagnosed with cervical cancer had previously received false-negative test results from CervicalCheck.

Related: HPV and the HPV vaccine: the facts (and myths) you need to know

Tragically, over eighteen women have died as a result of the scandal. If it weren’t for her, and her decision to go public, we’d likely still be in the dark and more women may have perished. She has given many back that hope and light as a result of her tireless campaigning to raise awareness and get alternative drugs available to women currently trying to treat cervical cancer.

She was keen to explain that she felt, she was far from a Superwoman, but rather that she decided to take things as they came and appreciate each day as she has it. “One of the things that I really wanted to show in the book is that I have had bad days, I’ve taken to the bed. I’m not superwoman but I’m able to get out of bed every day, I’m not in hospital. I’m not on a huge amount of pain medication and I’m not going to the hospice. I’m not ready to go and I’m not anywhere near that,” she said.

“So for me, it’s a simple thing of waking up every day and just being delighted to be here and to be well. So it’s easy to be happy when you’re in my situation. It’s all about context and I took it for granted [before the diagnosis].”

She explained that now, she was working towards all those living with the aftermath of the CervicalCheck scandal, getting a formal apology from the State.

“We’re working towards getting a public state apology. One of the things that need to come out of this is that people need to heal, to be heard, in order to move on. That means an apology from somebody and an apology that meant something from someone who means it.” Of this, she said, “things are going in the right direction.”

Then, reading a moving extract from her new book, Vicky shared her dying wish, adding that her story is “everybody’s story.”

“My dying wish will be for the women of Ireland, that because of what has happened in this past year – maybe my last year on earth – that they will be able to trust that their lives are in safe hands, that they will be minded and cared for at their most vulnerable and that everything will be done to give them the lives they deserve, the time they deserve with the people they love who love them and who need them in the world.”

Previously, she has spoken of her journey and said she wanted people to take on thing from it: “Having cervical cancer is hard, but I have survived worse, and if there’s any message I want people to take from this book, it is one of hope that, even in the hardest of times, life is worth living, each precious moment at a time.” 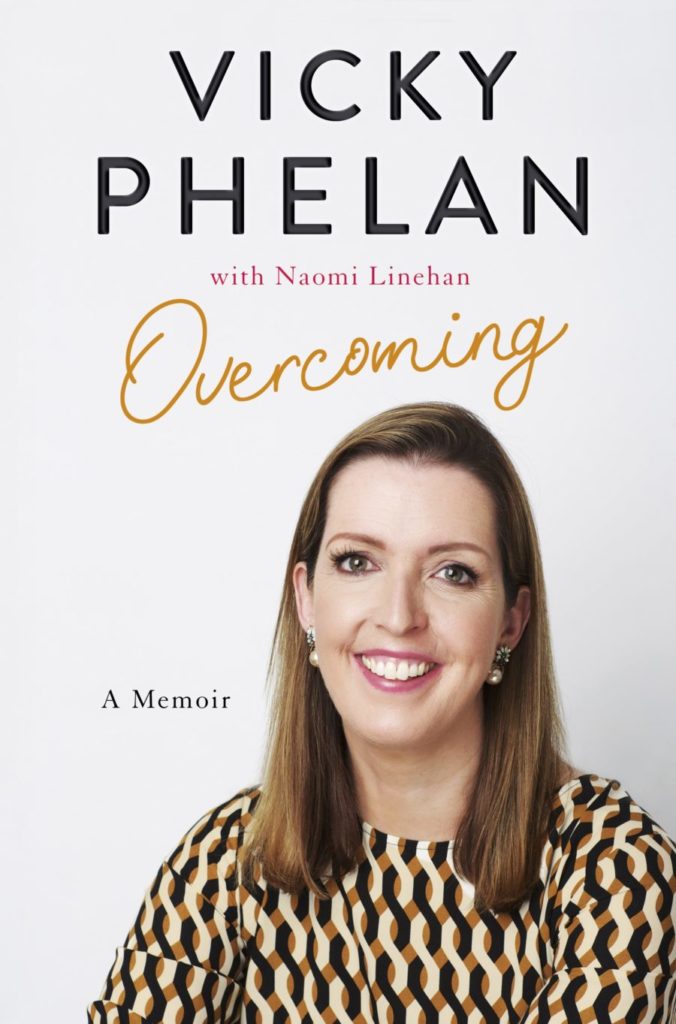