To Market We Go

Tis the season to be spending your spare moments at the various amazing Christmas markets that have sprung up in recent years. While one could be mistaken for thinking Christmas markets are a recent development in this country, the concept actually dates back to central Europe during the middle ages. Last weekend in Dublin saw Shutterbug taking over Smithfield, with the Dublin Flea swooping in this weekend. However we thought we’d have a look beyond the Pale and see where people will be shopping their festive wares around the country.

The Sligo Flea has been going from strength to strength since being listed in the Irish Times €100 Things to do in Ireland this Summer? and is steadily prepping for Christmas. A collection of curios, rare vinyl, vintage clothing, costume jewellery and hard-to-source kitchenalia are just some of the quirky gift ideas on offer. The Flea already made its first festive foray earlier this month but organiser and curator Zoe Coleman promises two more markets before Christmas on December 14th and 21st. The Sligo Flea takes place in The Model Arts Centre in Sligo town and you can keep up to date with it here. 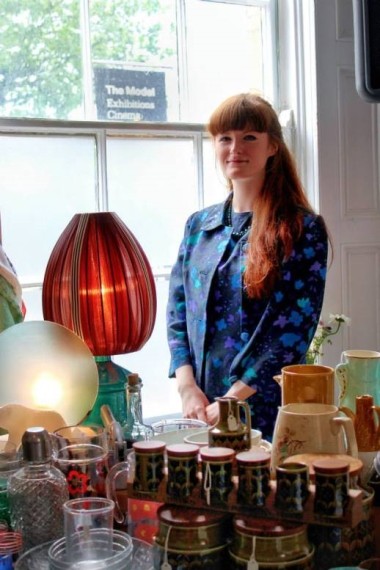 Galway’s Eyre Square is home to a Continental Christmas Market for those of you who want to nab some homegrown European sophistication. Open everyday until December 22nd, the Continental Market brings a little bit of Bavaria to the west with a plethora of traditional German desserts and drinks available for the foodies among us to sample. For arts and crafts the R?is?n Dubh Indoor Market has you covered this Saturday. Also, the regular St Nicholas craft and food market will be on every day from until Christmas Eve.

In Cork City you have to drop by the Food Market?on the Grand Parade, and then amble on over to the more permanent English Market for even more gastronomical indulgences. Local food producers are out in force in the city so start stocking up on the delicious now. For more information on what the city is offering see here. A Ferris Wheel and a Gatsby-inspired 3D light show across the fa?ade of Brown Tomas complement the amazing civic efforts of the City Council this year. 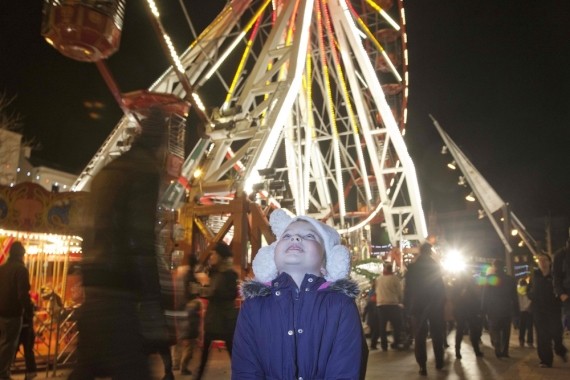 For those of you looking to journey across the border to the beautiful Belfast city, the firmly established St George’s Market, which dates from the late 19th century, is running a special craft fair in the run up to Christmas as well as offering its usual selection of mouth-watering artisanal food. There is also the Continental Market at City Hall. We’re talking food, beverages, crafts, decorations, Santa’s Grotto for the children and for the adults, an array of continental beer and Gl?hwein – that’s German for mulled wine don’t you know – and a carousel for all. 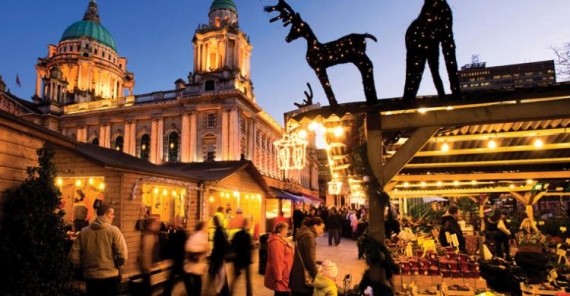