Three reasons you have to see Blackkklansman immediately

1.“Dis joint is based on some f*cked up, fo real shit”

On a rudimentary level, the film is about two policemen, one Black and one Jewish, infiltrating the Ku Klux Klan in early 1970s Colorado. Below the surface, the film explores the complex and extraordinary ongoing plight of the black race against white supremacy, making this one of Lee’s most talked-about films in the last decade.

Protagonist Ron Stallworth – played John David Washington, Denzel Washington’s son – is the first African-American man in the state to join the Colorado State police force.  Ron has to prove his worth as a capable human being and not just a black man, and it’s this struggle for equality that is a core anchoring theme carried throughout the two-hour-fifteen-minute film, which is laced with obvious and less-obvious messaging as the film progresses. 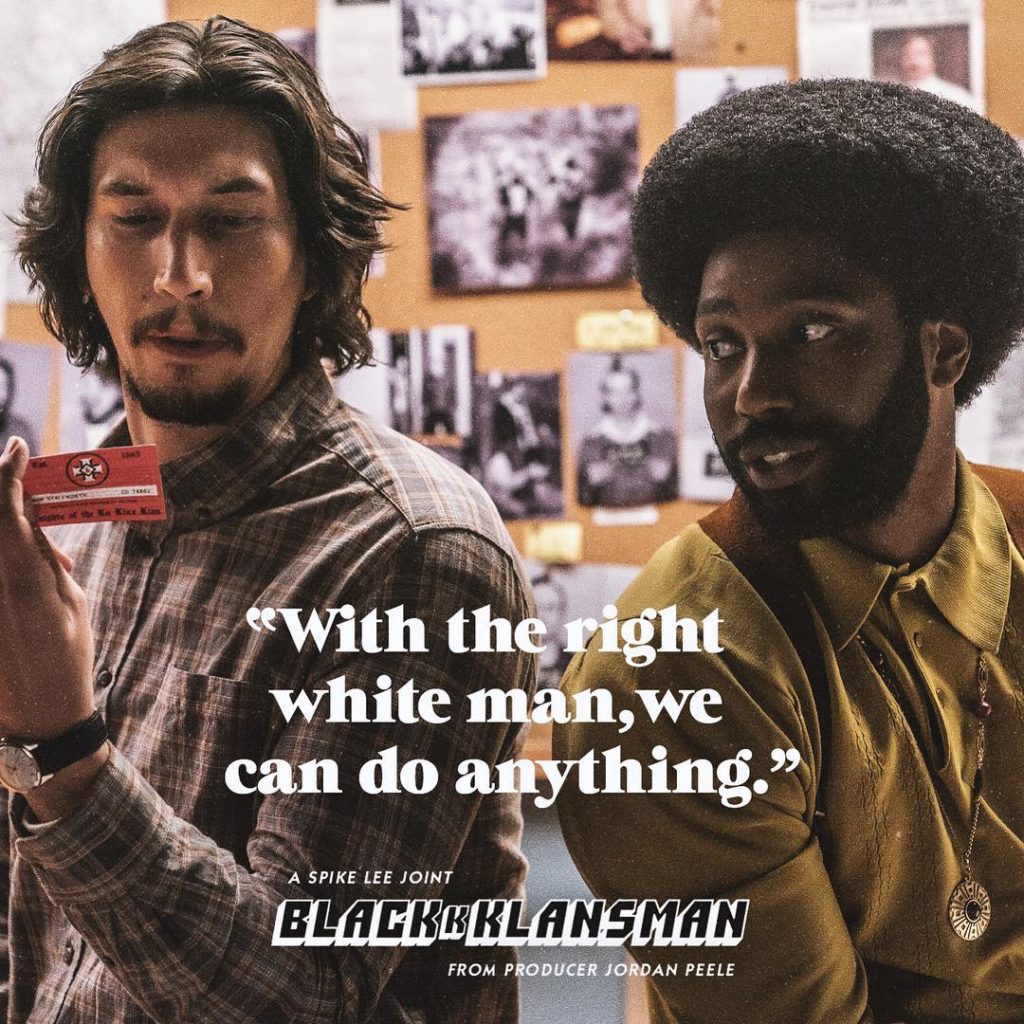 Ron experiences his fair share of casual racism from colleagues and is quickly titled the Jackie Robinson (the first African American to play in Major League Baseball) of the department and deemed “too big for his boots”. Self-belief propels Ron to do the unthinkable and infiltrate America’s most notorious anti-black, anti-jew, anti-anything-that-isn’t-pure-white-skin hate group, the Ku Klux Klan. Before long, Ron finds himself on the phone with Grand Wizard of the KKK David Duke, convincing the Duke (played by Topher Grace) that Ron is a purer-than-pure all-white American.

2. The highly-motivated, politically-driven film is potentially the most important of the Trump Presidential era

The film is laced with bureaucratic references relating to Trump’s ‘White America’, the America that has allowed hate and racism to fester and grow. In a later scene, Ron – whose character borderlines between confident and wide-eyed – debates the plausibility of a white supremacist ever winning higher office, to which his white colleague replies “don’t be so naive” (David Duke failed his campaign for Presidency in 1988).

The movie builds to a striking climax. In another scene, American singer and social activist Harry Belafonte is recruited as a survivor of a lynching. He tells his story – using real photographs from history – to a black rights movement group which, when intertwined with real footage of white supremacists parading through Charlottesville, Virginia in 2017, makes for a disturbing ___. Fast-forward to the end of the film and you almost have to question whether Blackkklansman is about the 1970s or present day. The final five minutes alone, are worth seeing the film for.

The film is fortified with dark humour and even some Hollywood-inspired magic toward the end, but the message remains poignant and deep-rooted. Viewers do not need an in-depth knowledge of black history, racial violence or the KKK to decode this movie’s powerful message.

3. Patrice is your new favourite heroine

Played by Laura Harrier, Patrice is an outspoken college activist and member of the Black Panther party – a self-defence group for black people developed in the 60s to retaliate against vicious police brutality – and is a cornerstone to the Blackkklansman’s story. Ron’s undercover work extends into his personal life and his relationship with Dumas, who is an outspoken, self-aware and charismatic woman fighting for “All Power To All People”. Combined together, Duras and Stallworth’s characters offer viewers a broader, more digestible understanding of a life living under the rule of racism. Duras’ headstrong personality helps to develop an important and parallel dynamic that’s made obvious toward the end of the film. Lee balances out the negativity and violence associated with Duras’ character with witty humour from Stallworth’s character. 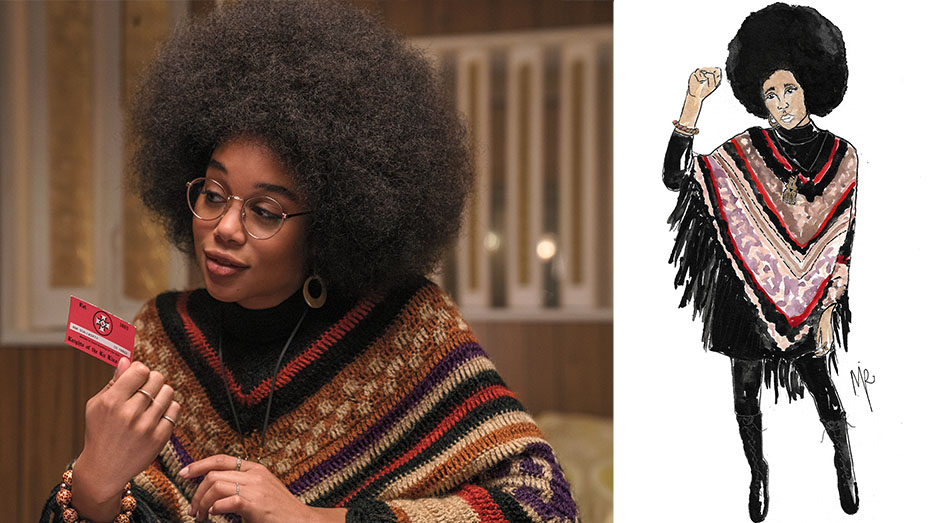 Her bold wardrobe is an extension of her personality, too. Whether she’s wearing knee-high, tight-fitting boots and a mini dress or an exaggerated, colourful poncho, as a viewer you can feel the atmosphere change when she comes on screen. Her costumes were developed by costume director Marci Rodgers who, according to a recent interview, referenced 1970s Essence and Jet magazines and watched Klan videos for inspiration. Patrice’s look is inspired by the style of Black Panther Party member Kathleen Cleaver and activist Angela Davis. Infamous vintage shops Beacon’s Closet and L Train Vintage in New York served as sources for black leather trench coats, minidresses and chunky jumpers pieces (like this poncho).

The end result is a film that gels together a hostile issue with modern social commentary and wit and an ending that stays with you long after the film has ended.

Blackkklansman is in Irish cinemas now.