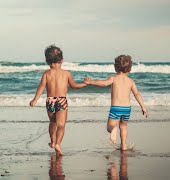 This Is How You Make An Ad That Tackles Social Issues

After the world exploded when Pepsi implied earlier this month that female empowerment and Martin Luther King or Iesha Evans might have had better luck protesting if they handed the police a Pepsi, you might be wary of any brand that tries to use sensitive and troubling social issues as advertising to sell their beverage.

Brands trying to tackle or make light of historical moments and social issues in advertising has previously not gone down well, lest we forget the McDonald’s Serious Man Food campaign or the bastardization of the near mythical Britain vs Germany Christmas Truce football match that was the 2014 Sainsbury’s Christmas advert.

While we want our brands to be ethical, environmentally friendly and to support causes, we don’t want them using those causes to sell us their products.

How do you combine commercial gain and promote love and unity and togetherness without being tone-deaf and offensive? How do you tackle differing opinions on transgenderism, feminism and climate change and not seem tacky and like you’re exploiting social issues by sticking your logo at the end?

By sharing different opinions, promoting open minded discussion, working together to create a sense of community, or a common unity and fusing it with tolerance and compassion.

Heineken’s new ad, titled Worlds Apart, tackles these issues in a way that is worlds apart from Pepsi’s attempt and shows that sociopolitical change takes a little more than sharing a drink.

“Can two strangers with opposing views prove that there’s more that unites than divides us?”

After two strangers have completed some trust building exercises, talked about themselves, established a common unity and built a bar, they are asked to watch a video. Each video shows the strangers discussing their different views; pro and anti-transgenderism, pro and anti-feminism and an environmentalist and a climate change denier. Heineken gives them an option – they can leave, or stay and talk through their different sides over a Heineken.

While we can’t say that “both sides” is a fair term to use when we are discussing equality versus transphobics, misogynists and climate change deniers, and it will definitely take larger systematic change to heal these problems than just shared experiences, it’s certainly a better place to start than handing someone a can of Pepsi.