Things Fall Apart: Motherhood is a job worth being paid for

“I suppose it’s nice to have a break”, is one of the things people say to you when you are a single mother.

They’re referring to family time being split; a child going to their father.

It’s up there with people telling you they can relate to your parenting experience because their husband works away from home several days a week.

Well-meaning, but missing the point.

I don’t need a break from her

What I do need a break from (like, I suspect, every mother, single or otherwise), is not the parenting, but all the life admin, the emotional labour, the housework.

Related: My daughter is my happy ending

The constant juggling of schedules, activities, food making. Of keeping the house clean, and the show generally on the road. Not to mention the really invisible stuff, of rearing a person. Teaching them how to be a human.

“It’s like you’re given a feral animal, and slowly a human emerges,” a friend once joked about the moulding work of motherhood.

The stuff that is so often left to women, spouse or no spouse. Homes do not make themselves, and children do not rear themselves. And yet we have allowed these things to be so marginalised in the hierarchy of work we admire.

How is it that we have allowed this work to become so crammed into the corners of existence, considered so low grade as to not even warrant payment. If one works full time is it to be squeezed into evenings and weekends, if one does it full-time? Well, that’s on you, babe.

“Do you think grandparents should be paid for the work they do?” a journalist friend asks for a quote. She gets back a rant, about how I think everyone minding a child should be paid, and paid well. Professionals, and parents.

The hard work of motherhood, and I say this as someone for whom parenting is the biggest joy of my life, spouse or no spouse, is utterly discounted. It gets no “meas”, as my Cork grandmother would have said.

Recently, the magnificent Nancy Pelosi, mother of five (all born in the course of six years), grandmother of nine, gave an interview to the Washington Post. Far from doing the usual, of skimming over her experience as mother as if is something that detracts rather than adds to her professional capabilities, Pelosi gave mothering as the reason she is where she is (one of the most powerful women in American political history ever, AND the only person who seems capable of handling that orange idiot).

Related: Why Lorelai, the happy single mother from
Gilmore Girls, is my poster girl

“She’ll cut your head off, and you won’t even know you’re bleeding,” her daughter said, referring to her mother’s masterful people management skills, having watched Nancy’s success at putting Trump in his place. No one else has done that, has faced down this bully and come out on top. Pelosi did it, and she used her skills gained in mothering to do it.

She wants society to view parenting as “a gold star” on any professional resume. Her father was a politician, but it was her children that made her the leader she is today. “I was really forged by my kids,” Pelosi told the Post’s journalist. 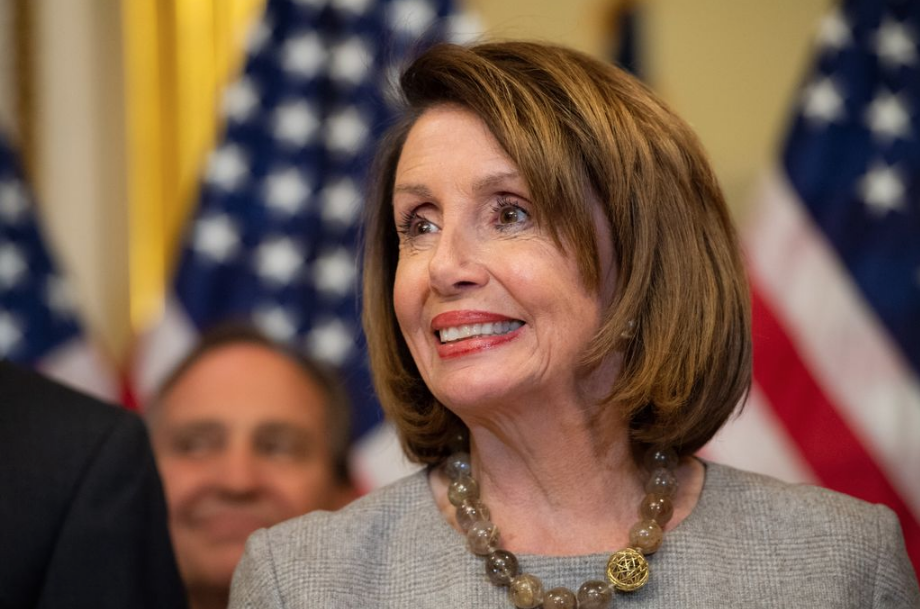 Years before I had my daughter, a male colleague once said to me, “Of course you’ll have your baby, and that’ll be it, you’ll disappear.” And without thinking, I replied, of course, I wouldn’t. Perish the thought. It seemed like such an invalid choice, one I wasn’t allowed to admit to secretly rather liking the idea of. I love my job, and I would choose to work even if I didn’t need to. But it would be nice to feel sometimes that the work of motherhood, and of homemaking, was more valued in our society

In her essay Who is Martha Stewart for The New Yorker (February 2000), Joan Didion identifies what is it about Martha that bothers her critics. It is not that she has tricked her many fans into trying to reach great heights of antiquated domesticity she herself only manages by dint of a team of assistants. It is because she has so elevated domesticity, so unapologetically made it the thing to be valued.

“This is not a story about a woman who made the best of traditional skills,” writes Didion, revealing it was because of Martha that she had always thought if the writing didn’t work out, she could always support her family using her domestically acquired catering skills. “This is a story about a woman who did her own I.P.O.  This is the “woman’s pluck” story… The dreams and the fears into which Martha Stewart taps are not of “feminine” domesticity but of female power, of the woman who sits down at the table with the men and, still in her apron, walks away with the chips.” She is not superwoman, writes Didion, she is everywoman.

In the photograph accompanying the interview with The Washington Post, Nancy Pelosi stands in her workplace, brushing her small granddaughter’s hair. Mothering; not a weakness, a realm away from the professional, but a sign of a person who gets things done. “I felt this unspoken pressure… to almost pretend that I didn’t have kids at all,” wrote Lily Allen in her memoir My Thoughts Exactly, on returning to work after having her baby, and the attitude of her record company.

Maybe Pelosi putting parenting front and centre will change the game. Trickle down. “Know your own power,” she advised. “Don’t let anybody diminish for one moment the time you spend at home. Because probably nothing is more energizing, purposeful, better to orient you to know how to use time, delegate authority.”

Wouldn’t it be lovely if we lived in a society that took that kind of attitude as a given? And which backed mothers more?