Clocking out of life to binge-watch?Girls?with a slab of Dairy Milk is better than one hundred percent of all social events. Unless puppies or Drake are at your party, we’re probably happier at home wearing a whole outfit made of fluffy sock material. It’s our personal form of hygge, and unofficial definition of JOMO.

We heart staying in, putting the foot down and avoiding people we don’t like by not going to events we don’t want to go to, and absolutely believe that, (according to research from StubHub), over a third of us would rather stay in bed than watch our favourite band perform live. 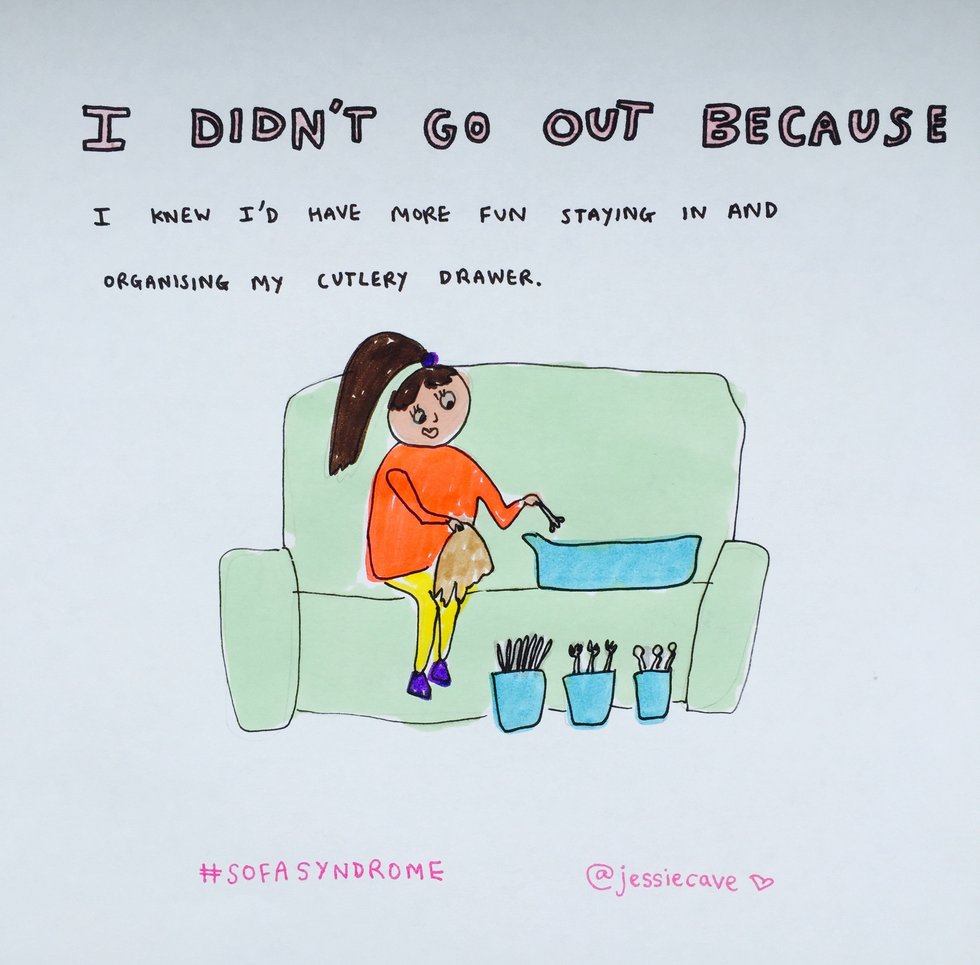 This’series of illustrations by actress and artist Jessie Cave show some pretty good and relatable reasons for not going out. You probably know Jessie Cave – she played the part of Lavender?Brown in Harry Potter. 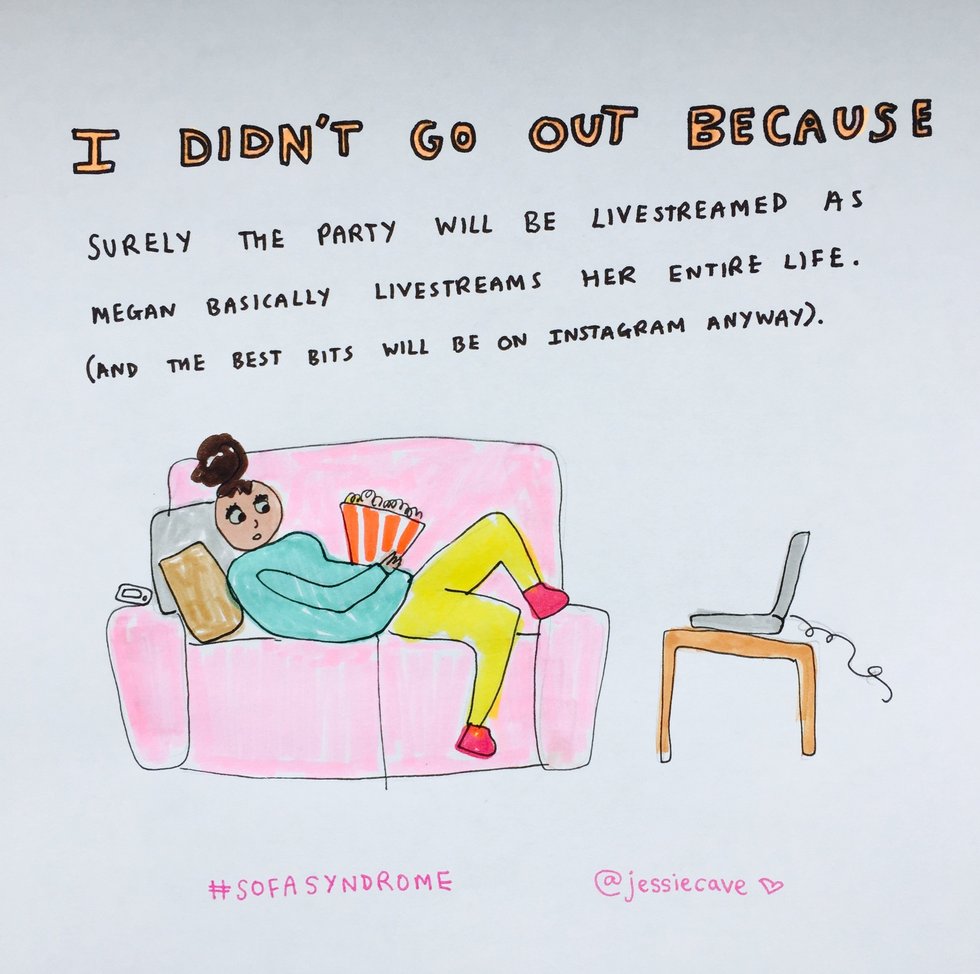 Post-Potter, Cave told The Independent‘she felt rejected from Hollywood, and as a result saw herself as ‘more of a maker than an actor?. ?I was treated like I shouldn’t be there, that I should go straight back? It was the most traumatic experience of my life.? Cave also has a book of illustrations about love, rejection and pining called LOVESICK which was published in 2015. 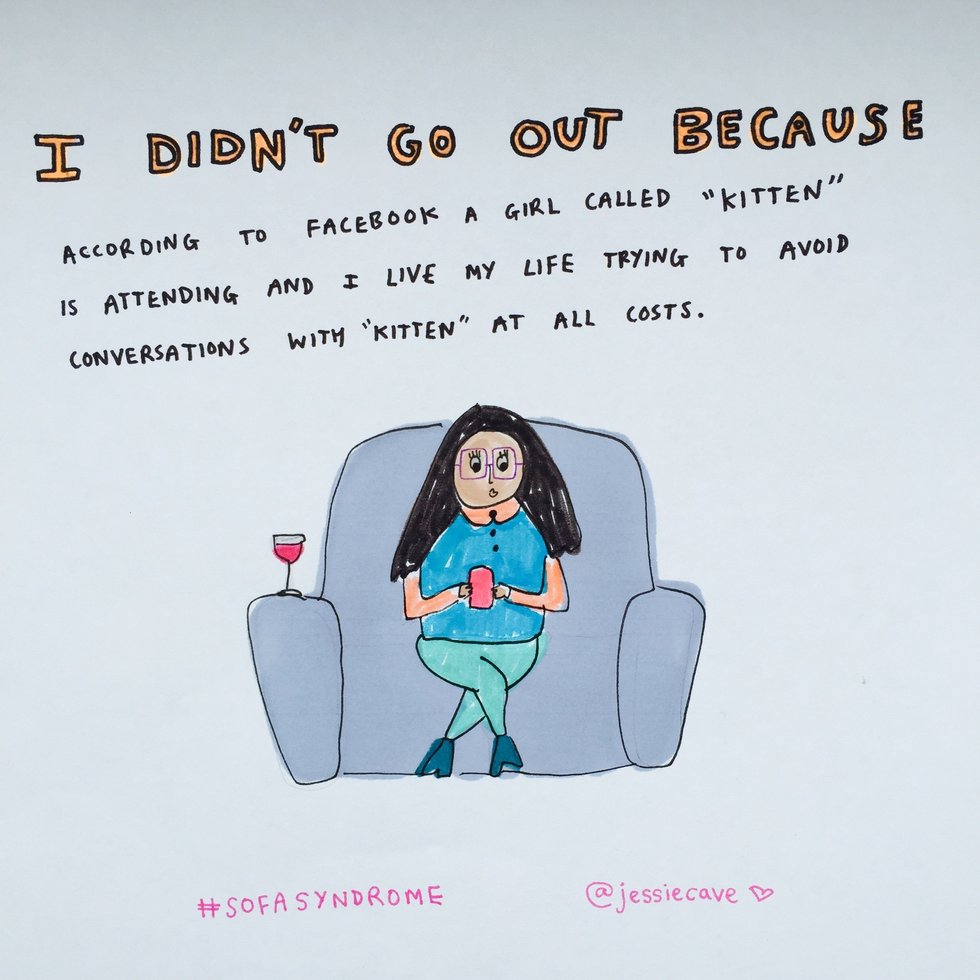 Check out Jessie Cave and her illustrations on Instagram here.?